Accessibility links
First Openly Gay General: DADT Repeal Is More About Recognition Of Family : The Two-Way Tammy Smith said having her wife present at her promotion ceremony made her feel "authentic and complete."

Last Friday, when Tammy Smith was promoted to Army brigadier general, her wife, Tracey Hepner, was the one who pinned her star on her uniform.

With that, Smith became the first openly gay general in the country. When Smith joined the military 26 years ago, the moment would have been unthinkable. But she explains the historic moment by focusing on its simplicity. 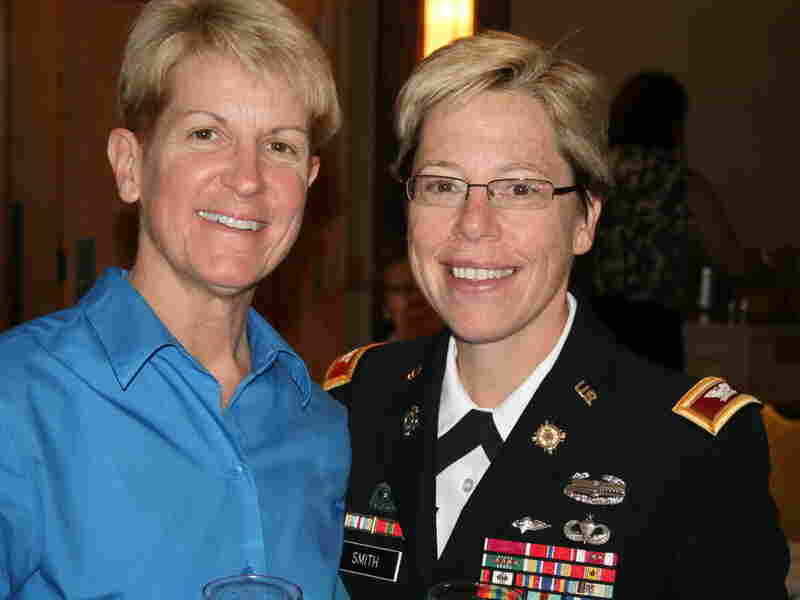 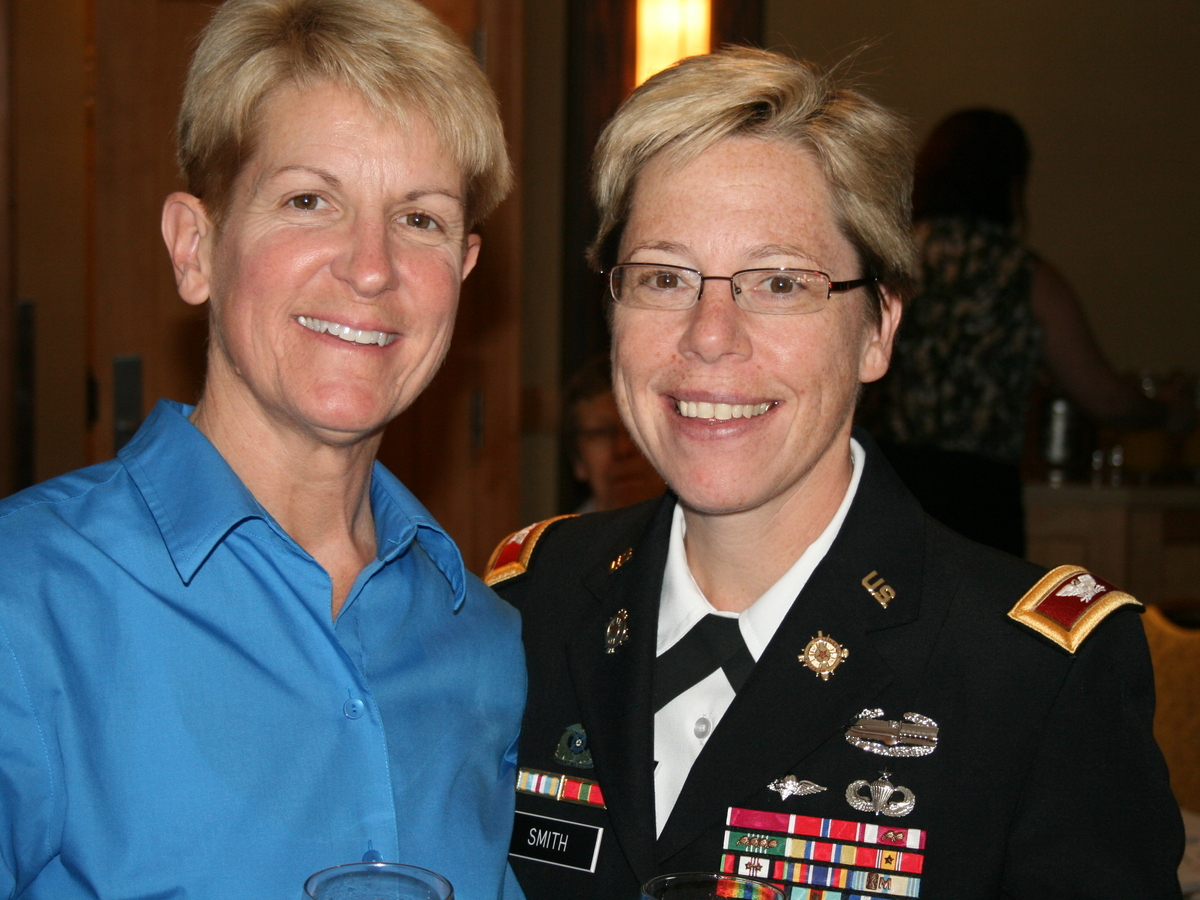 In an interview with Talk of Nation guest host Lynn Neary, she said the moment has been spun as her coming out. But she says that when the repeal of "don't ask, don't tell" came down on Sept. 20, she didn't run out to tell everyone she was gay.

The moment, she said, "doesn't even feel to me as I came out ... it was more about the recognition of family and that Tracey is in fact my family."

Smith explained that before the repeal of DADT, she had compartmentalized her family life and her work life. When she was promoted to colonel, she held a separate, smaller celebration in which Tracey could be present without the fear that her relationship could get her discharged from the Army.

For the ceremony on Friday, her family and Tracey's family were all present.

"I felt full, authentic and complete performing that ceremony with my family," she said.

Note: We'll add full audio of Lynn's talk with Smith to this post a little later on today.