Accessibility links
Fast-Moving Washington Wildfire Burns 60 Homes : The Two-Way Dry, windy conditions are making it difficult to control the fire, which is one of many burning across the West. 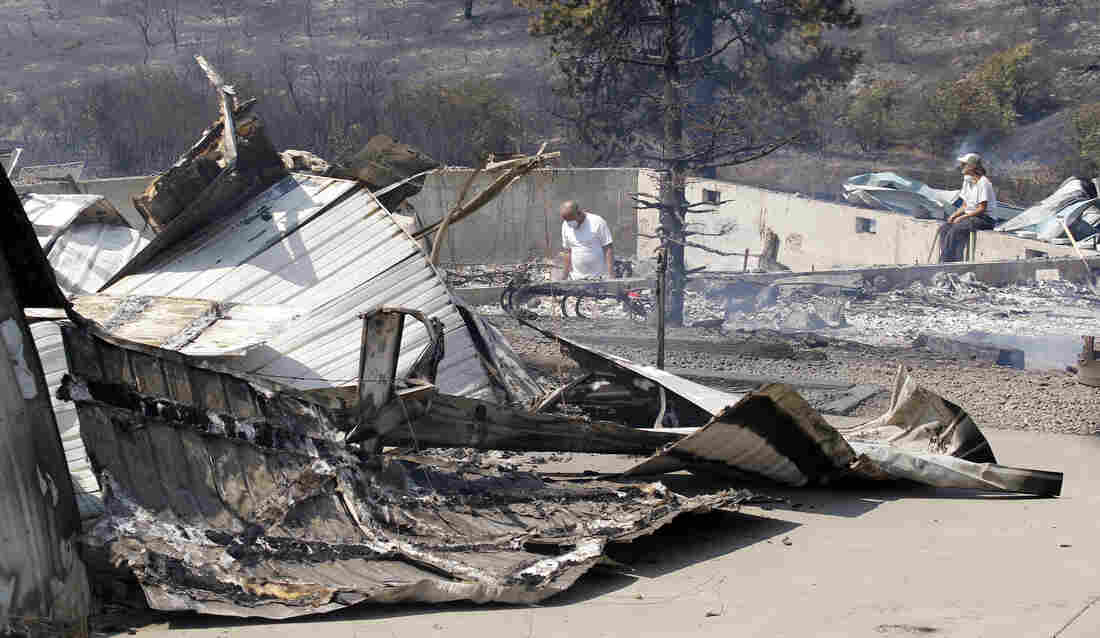 As embers still smolder, family members sift through the remains of their home that was destroyed in a wildfire. Elaine Thompson/AP hide caption 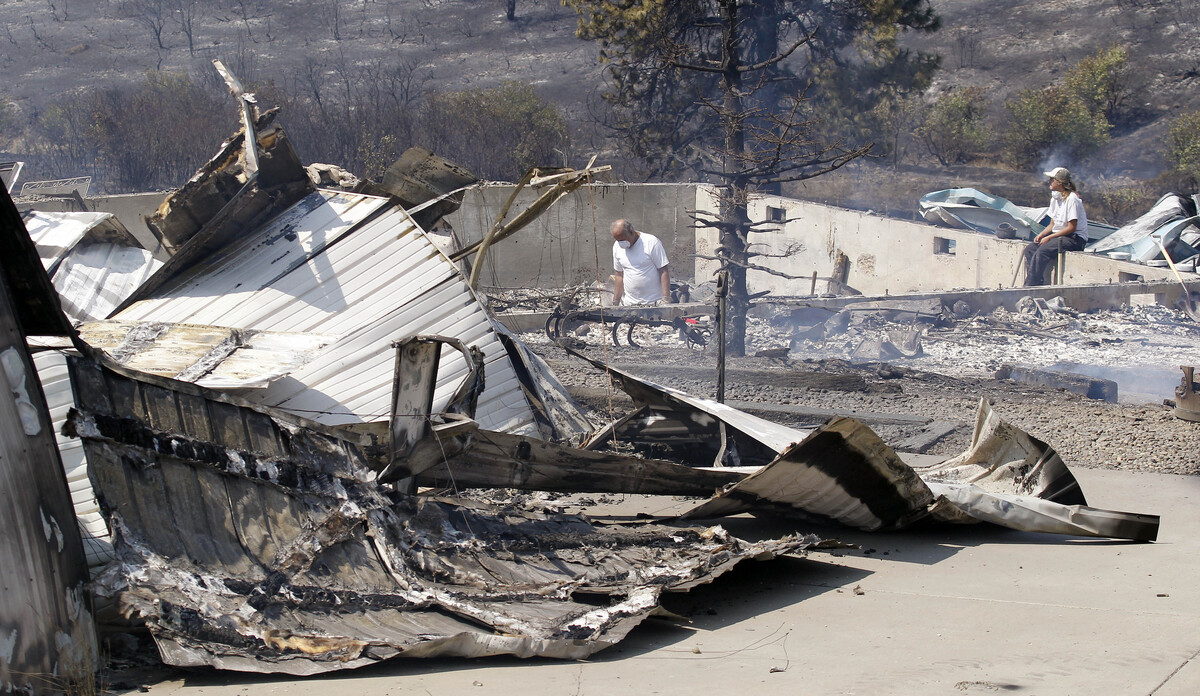 As embers still smolder, family members sift through the remains of their home that was destroyed in a wildfire.

A wildfire burning near Cle Elum, Wash., has destroyed 60 homes, as it rushed through 45-square-miles of land.

The Seattle Times reports that the fire is still on the move and more homes and ranches are in its path.

"The fire is proving difficult to fight.

"Eastside Fire and Rescue spokeswoman Josie Williams said more than 450 people were evacuated overnight. The Department of Natural Resources said that the sheriff's office called for additional evacuations this morning.

"The fire was moving so quickly that many people set livestock free to save them as the flames advanced, she said. The Kittitas County Fairgrounds is accepting pets and livestock as well."

An intense heatwave in the West has been fueling more than a dozen fires in Washington, Idaho and California. Reuters reports that together the fires have burned about 230,000 acres.

The AP reports that in Washington, the winds haven't been helping. It also hasn't rained in three weeks.

"Unless Mother Nature helps us out here, we're going to be fighting this awhile," Joe Seemiller, a captain in Kittitas County Fire and Rescue, told the AP.

Over the weekend in Idaho, reports the AP, a 20-year-old firefighter was killed by a falling tree.

Anne Veseth was working her second season as a firefighter.