Accessibility links
Pussy Riot : The Two-Way The three women were accused of religious hatred for an anti-Putin protest they staged in a cathedral. The case has attracted attention around the world as people come to the young women's defense. 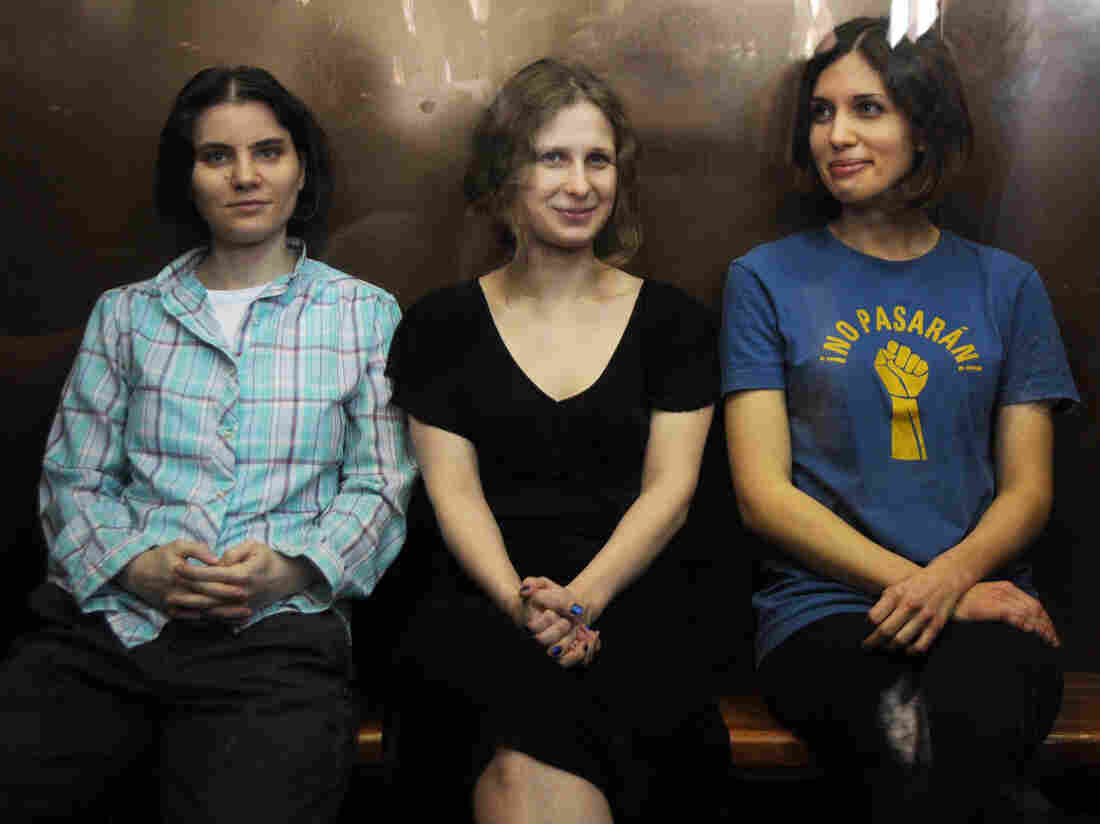 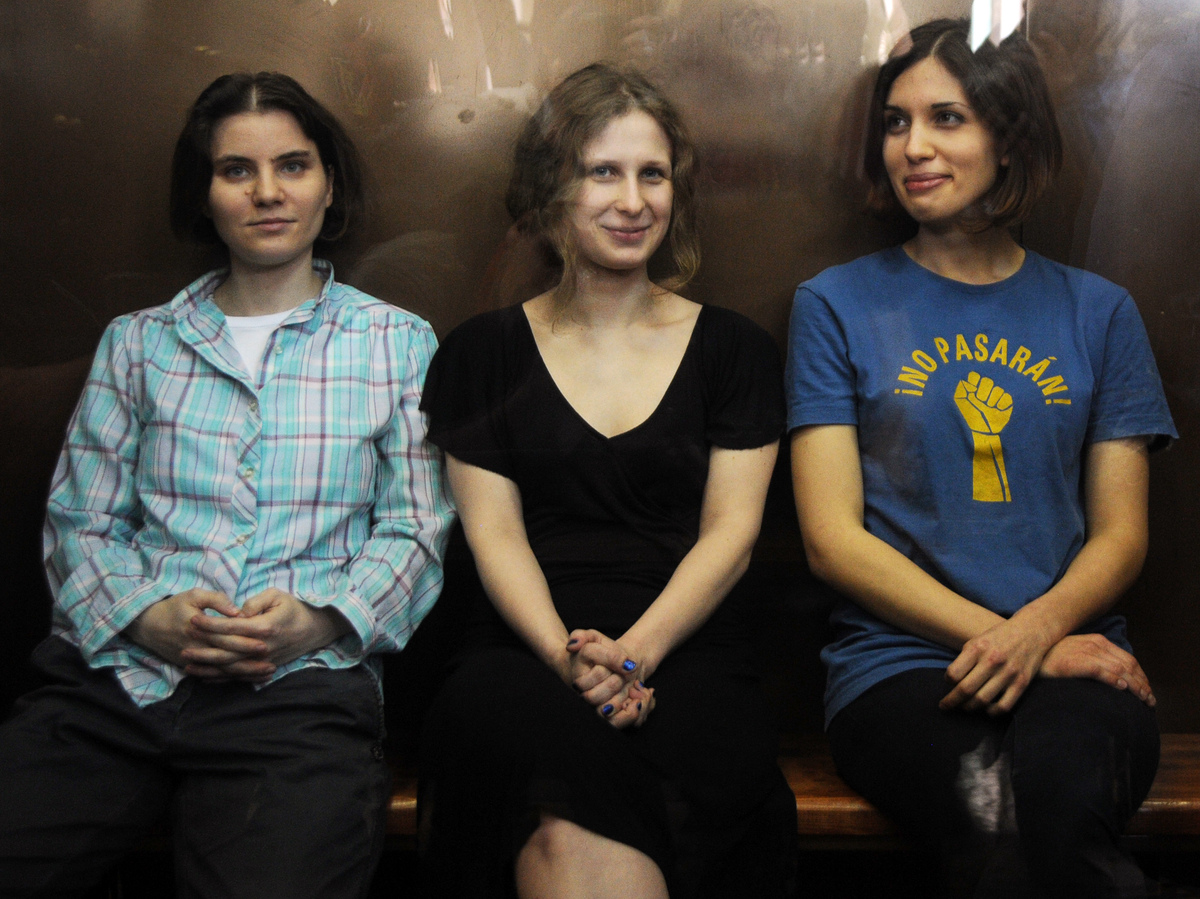 Word of the verdict came just before 7:30 a.m ET. Just before 10 a.m. ET, the judge announced that each woman was sentenced to serve two years in jail — the minimum that could be imposed.

The case has drawn attention around the world because of what the women's arrest for staging a protest at a Moscow cathedral — there's video here — against Russian leader Vladimir Putin says about free speech in their country.

According to Russia Today's English translator, the judge just said that each of the three women will serve a two-year jail sentence. Their time will be retroactive to mid-March, when they were first arrested and held in jail. In the courtroom, someone just shouted "Shame!"

Russia Today's translator says the judge appears to be near the "final stage" of her address and should deliver the sentence shortly.

The sentence still has not been announced. The judge continues to read from the court's decision. Moments ago, according to the English translation from Russia Today, she said the women had "degraded and insulted a large [number] of citizens" by staging their protest in the cathedral. Their actions, according to the judge, were "in violation of the Russian constitution."

We've had some difficulty getting Russia Today's website to run this morning (perhaps it's been overwhelmed by demand). But it's working for us now, and there's a live webcast of the court proceeding — with English translation.

On the Facebook page of former world chess champion Garry Kasparov, who has previously spoken out in support of the Pussy Riot women, there's word that "Garry Kasparov has just been arrested outside the Moscow courthouse where the Pussy Riot trial is taking place. He was not there to protest, simply to attend, and the police cornered him and dragged him into the police van." There's a photo there as well.

Update at 8:15 a.m. ET. Outside The Court, Protests And Arrests.

The New York Times' David Herszenhorn tweets from Moscow that:

"Crowd of demonstrators outside court chant 'Down with Putin!' and 'Free Pussy Riot!' Police moving in. Chants of 'Shame' as arrests begin."

Update at 7:55 a.m. ET. "Motivated By Religious Enmity And Hatred":

The judge has said that the women "were motivated by religious enmity and hatred, and acted provocatively and in an insulting manner inside a religious building in the presence of a large number of believers," Russia's Interfax News agency writes.

Meanwhile, The Wall Street Journal now adds that the "minimum sentence for hooliganism of this kind is 2 years, max is 7 years."

As The Wall Street Journal reminds us, "the prosecutor asked for three years in jail for the defendants."

A verdict is expected sometime after 7 a.m. ET in the case against three women from the Russian punk band Pussy Riot who have been tried in Moscow on charges of "hooliganism connected to religious hatred," as The Associated Press puts it.

Our colleague Korva Coleman described what Nadezhda Tolokonnikova, Maria Alekhina and Yekaterina Samutsevich did to get themselves in trouble this way:

The case, as Korva reported, has gotten attention around the world and the band has gotten support from such notables as Madonna and Paul McCartney. As our friends at On the Media have said, by prosecuting the young women the Russian government " has turned Pussy Riot into an international cause."

Today, as Korva has reported, the band's supporters are expected to gather in at least two dozen cities.

The Guardian, which is also live blogging, reports the women have been found guilty. That is not a surprise. Still to come: sentencing.

Mark Feigin, the defendants' attorney, is tweeting here. He says they will be convicted, but "no one is afraid." And he notes that they will hear their fate while still in handcuffs.