Accessibility links
Fed Hints At More Action To Boost Economy : The Two-Way Many Federal Reserve members said there would have to be action fairly soon if the economy didn't pick up, according to the minutes of their most recent meeting. Separately, the CBO warned of a recession if the economy goes off a "fiscal cliff" at the end of year. 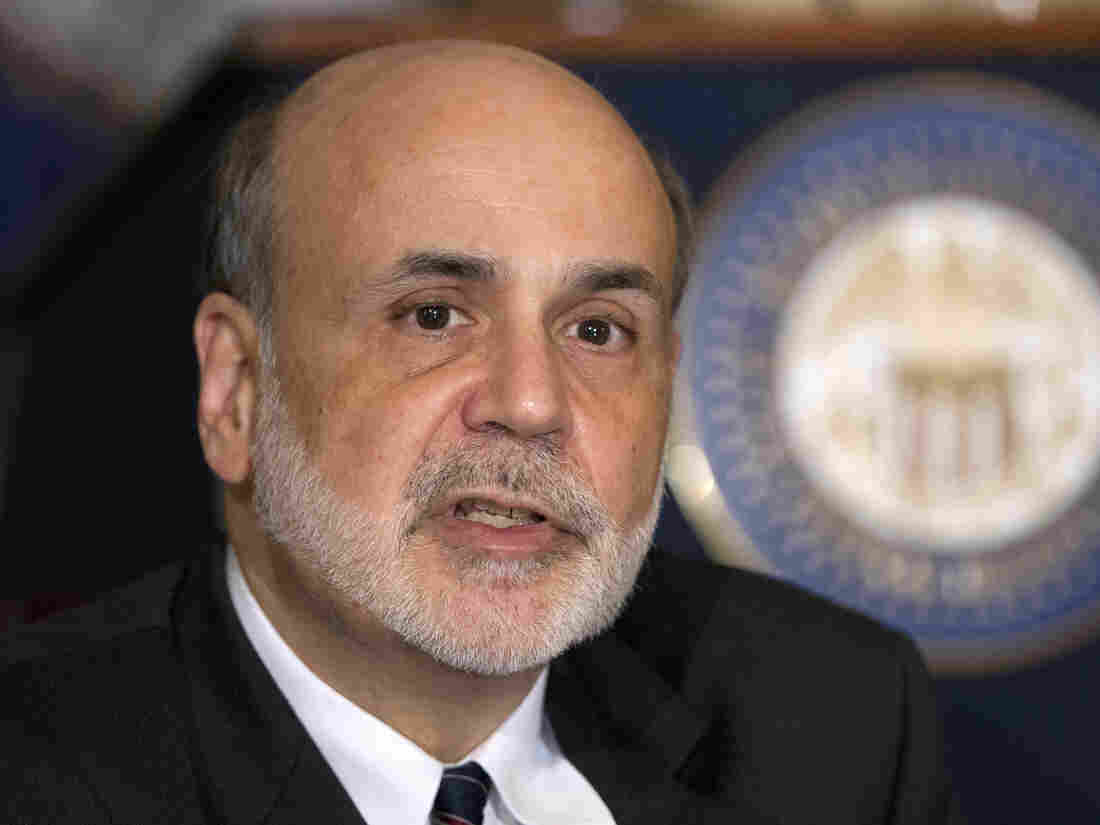 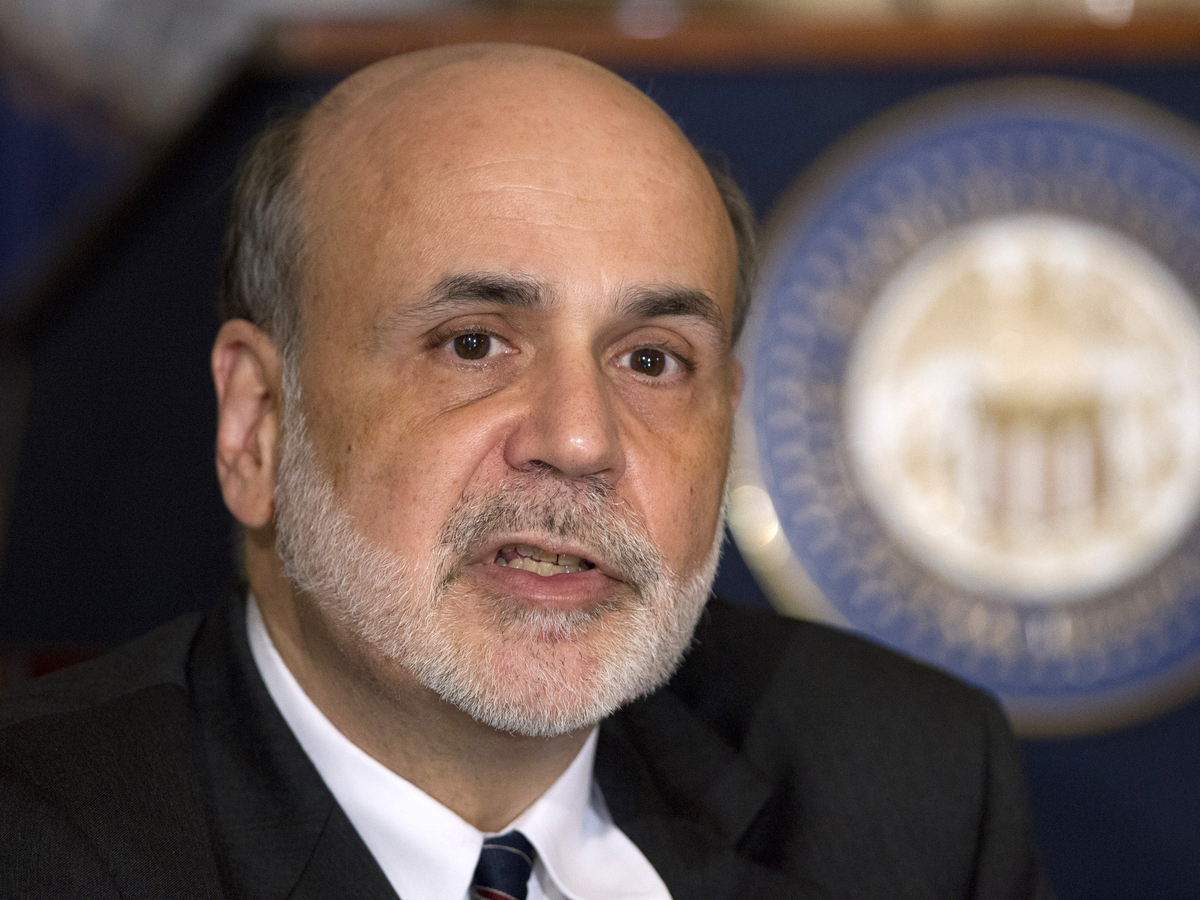 Federal Reserve Chairman Ben Bernanke talks to educators Aug. 7 in Washington, D.C. At their most recent meeting, many Fed members backed action to boost the economy.

"Many members judged that additional monetary accommodation would likely be warranted fairly soon unless incoming information pointed to a substantial and sustainable strengthening in the pace of the economic recovery," the minutes said. [PDF]

The minutes didn't say what the Fed is likely to do next, but they indicate many officials supported keeping the federal funds rate at "exceptionally low levels" at least through late 2014. Fed Chairman Ben Bernanke could address the issue Aug 31 in Jackson Hole, Wyo., where he will address central bankers. The Associated Press reports that the Fed's boldest move would be to launch a new bond-buying program, which would lower long-term interest rates and boost both spending and borrowing.

NPR's Jim Zarroli reported on the minutes for our Newscast Unit. Here's what he says:

"According to minutes from the meeting, Fed officials said new stimulus measures may be needed soon if growth doesn't pick up. The minutes suggest that support is building within the Fed for some kind of new action. What that might be the minutes don't say. Fed officials could begin another round of bond buying. They could also send a signal that they will keep interest rates low beyond 2014. According to the minutes, the growth rate is slower than policymakers anticipated, and Fed officials have lowered their growth forecasts. The minutes indicate there's growing concern about an external economic shock like a meltdown in the European banking sector."

In a statement after its August meeting, the Fed noted growth had slowed in the first half of the year — notably in consumer spending and job growth.

But as the AP says:

"The issue of whether the Fed will announce any major moves in September has been thrown into doubt by economic improvements since the its last meeting. Gains have been made in such areas as hiring, housing and consumer spending."

In a bid to drive down long-term rates, the Fed has already bought $2 trillion in Treasury bonds and mortgage-backed securities.

But the struggling economy is only one of the Fed's problems. More immediately it might have to step in if the economy goes off a "fiscal cliff" if Congress doesn't step in by the end of the year when spending cuts and tax increases go into effect unless there's a budget agreement.

The nonpartisan Congressional Budget Office warned Wednesday the "fiscal cliff" would push the U.S. into a recession next year. [PDF] The CBO also said that unemployment would rise to around 9 percent and the economy would shrink 0.5 percent in 2013.

Bloomberg has a more detailed analysis of the Fed's minutes while the The Wall Street Journal has collected economists' reactions.