Cecilia Giménez, 81, thought she was doing a good thing. A 19th century fresco by painter Elias Garcia Martinez had slowly been battered by time. The masterpiece portrait of Jesus had faded. His tunic was splashed by bare wall and half his face had gone missing.

Giménez, a member of the church where the fresco is located, took it upon herself to restore it to its former glory. Except, well, her artistic skills weren't up to the task.

The pictures tell the story, so we'll just show you. 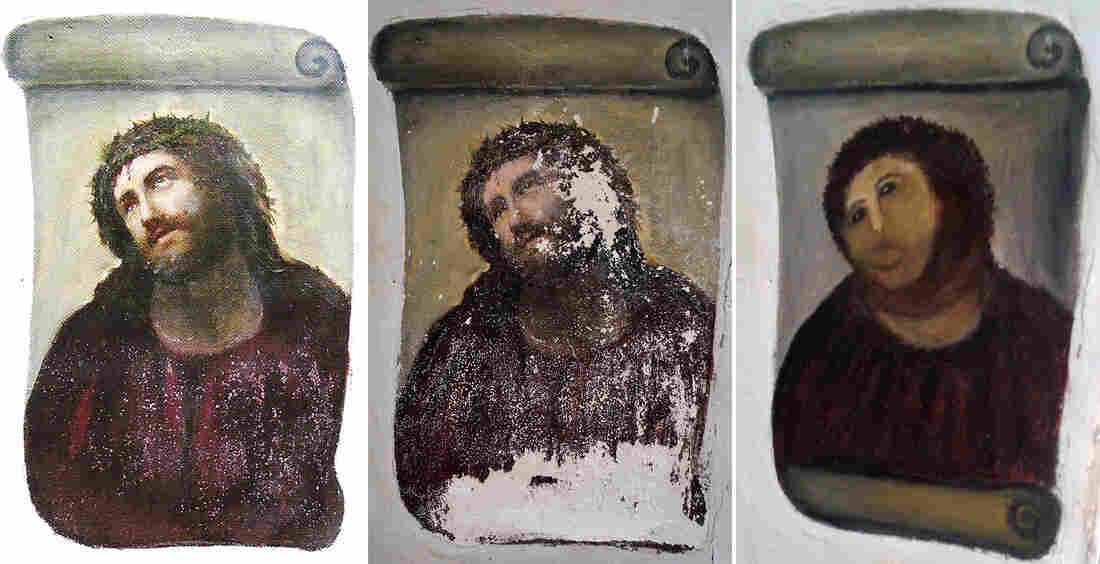 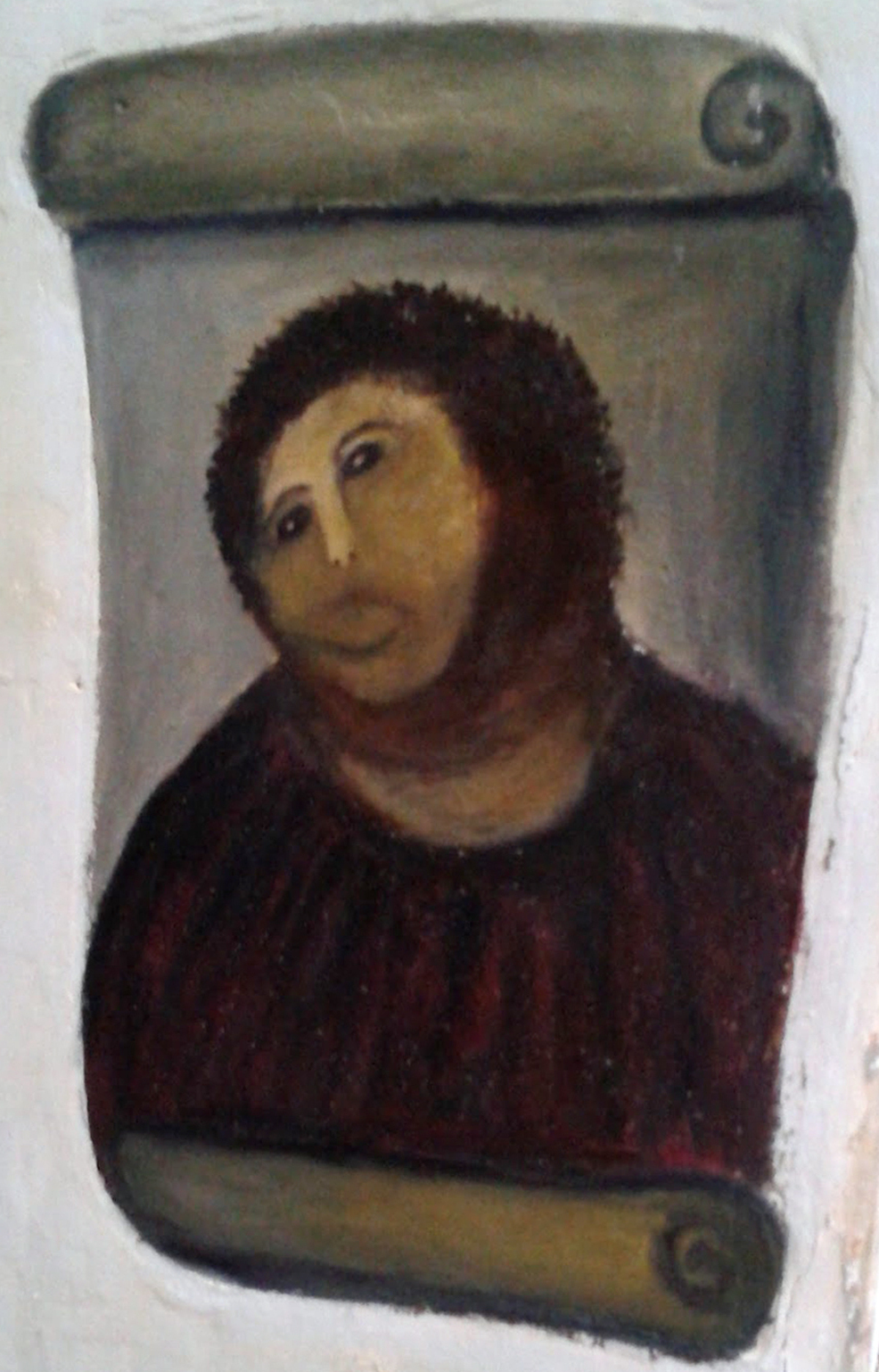 A combination of three documents provided by the Centre de Estudios Borjanos.

As The Daily Mail puts it, the 120-year-old painting has been transformed into something which looks "more like a movie werewolf."

Mrs. Cecilia, as she is being called in Spain, gave an interview to TVE, one of Spain's biggest news networks, in which she insists everyone saw her working on the painting. Another lady says, indeed, but she was working just on the tunic and then turned to the face and "she destroyed it."

OK, stop laughing now: The botched job has brought so much attention to the town of Borja that Giménez has retired to her house, which is right next to the church.

EFE, the Spanish wire service, reports that she is bed ridden suffering from an "anxiety attack."

EFE reports that family members were trying to get her to eat something.

There's no word yet on whether the "restoration" can be undone.