Accessibility links
Lance Armstrong Says He Won't Fight Doping Charges : The Two-Way The seven-time Tour de France winner said he was tired of fighting "outlandish and heinous" accusations of drug use. The U.S. Anti-Doping Agency said it was stripping Armstrong of his titles and banning him for life. 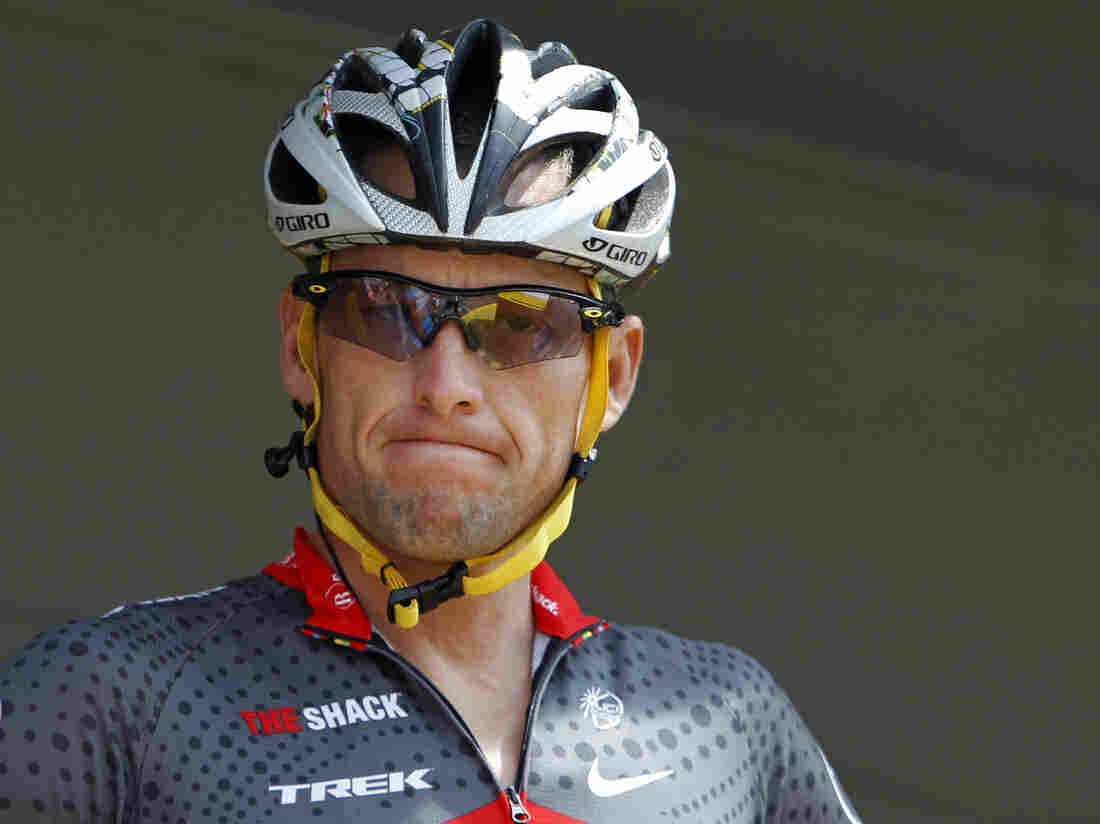 Lance Armstrong grimaces prior to the start of the third stage of the Tour de France cycling race in Wanze, Belgium, on July 6, 2010. Armstrong said Thursday he is finished fighting charges from the U.S. Anti-Doping Agency that he used performance-enhancing drugs during his unprecedented cycling career. Christophe Ena/AP hide caption 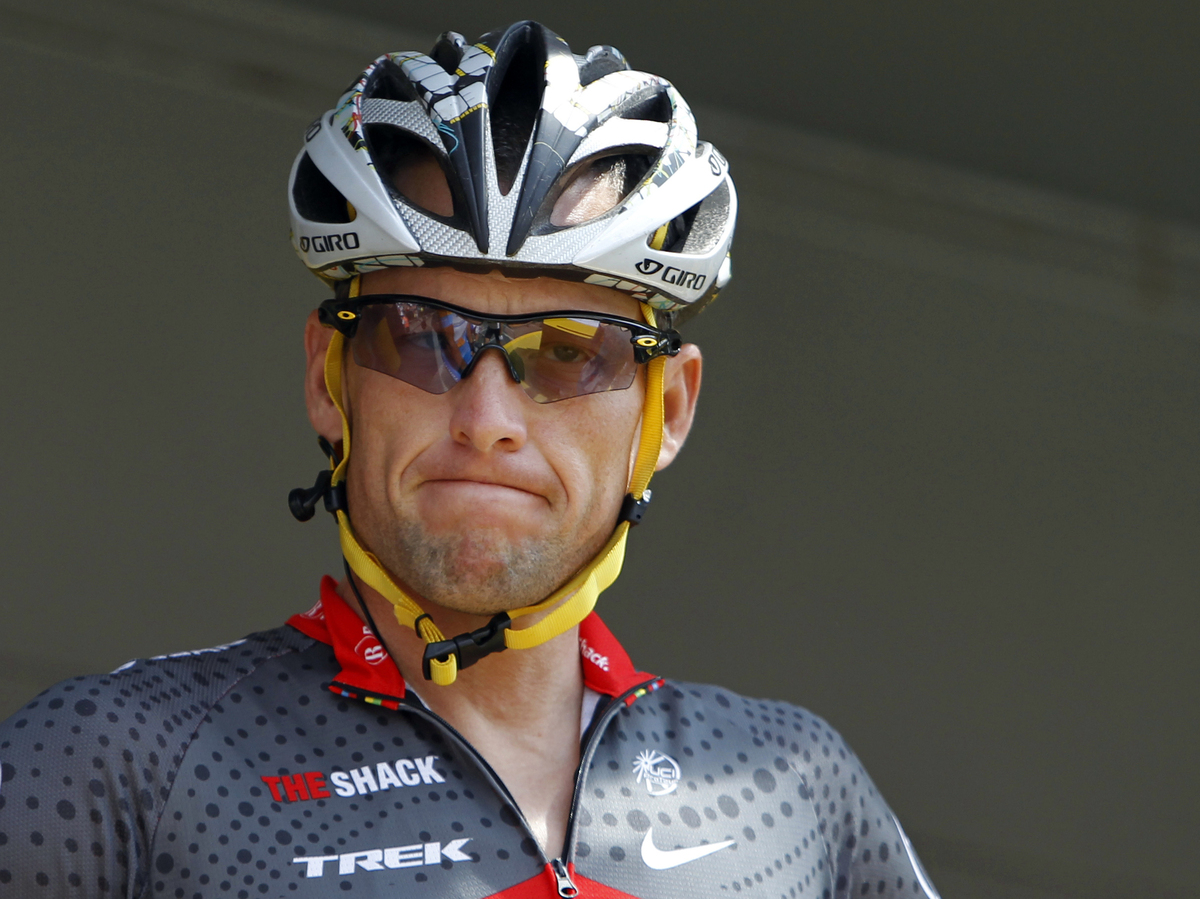 Lance Armstrong grimaces prior to the start of the third stage of the Tour de France cycling race in Wanze, Belgium, on July 6, 2010. Armstrong said Thursday he is finished fighting charges from the U.S. Anti-Doping Agency that he used performance-enhancing drugs during his unprecedented cycling career.

Seven-time Tour de France winner Lance Armstrong says he won't fight accusations of doping from the U.S. Anti-Doping Agency any longer, putting at risk his string of titles and his reputation as one of the world's great cyclists.

"There comes a point in every man's life when he has to say, 'Enough is enough.' For me, that time is now. I have been dealing with claims that I cheated and had an unfair advantage in winning my seven Tours since 1999. Over the past three years, I have been subjected to a two-year federal criminal investigation followed by Travis Tygart's unconstitutional witch hunt. The toll this has taken on my family, and my work for our foundation and on me leads me to where I am today – finished with this nonsense."

The Associated Press says Armstrong's decision could lead to him being stripped of his Tour de France wins, and hand him a lifetime ban from the sport.

"USADA will almost certainly treat Armstrong's decision as an admission of guilt, and hang the label of drug cheat on an athlete who was a hero to thousands for overcoming life-threatening testicular cancer and for his foundation's support for cancer research."

Armstrong's last option was arbitration, but he ruled out that step, saying he was tired of fighting the accusations of drug use. In his statement, he said "there is zero physical evidence to support ... [the] outlandish and heinous claims."

Armstrong won a string of Tour de France titles from 1999 to 2005. He retired last year.

"The agency can impose a lifetime ban and recommend Armstrong be stripped of his titles. That would put the question in the hands of the International Cycling Union, which has disputed USADA's authority to pursue the investigation and Tour de France officials, who have had a prickly relationship with Armstrong over the years."

Armstrong's decision comes two days after a federal court in Austin, Texas, dismissed his lawsuit that sought to stop a USADA doping hearing. The judge ruled that while "there are troubling aspects" in this case, he is forced to side with the USADA.

"The court concludes Armstrong agreed to arbitrate with USADA and its arbitration rules are sufficient, if applied reasonably, to satisfy due process," U.S. District Judge Sam Sparks wrote in his decision.

The USADA says Armstrong has used banned substances since 1996 to boost his performance.

"It is a sad day for all of us who love sport and our athletic heroes. This is a heartbreaking example of how the win-at-all-costs culture of sport, if left unchecked, will overtake fair, safe and honest competition, but for clean athletes, it is a reassuring reminder that there is hope for future generations to compete on a level playing field without the use of performance-enhancing drugs."

Travis Tygart, the head of USADA, tells the AP his agency will ban Armstrong for life and strip him of his seven Tour de France titles. Armstrong maintains that USADA doesn't have the authority to take away his wins.