Accessibility links
Anti-Doping Chief: Armstrong Knows Truth, Sticking To 'Baseless Soundbites' : The Two-Way Travis Tygart says the USADA uncovered one of the "most sophisticated drug conspiracies we've ever seen." And that reason why Lance Armstrong decided not to fight the charges is obvious. 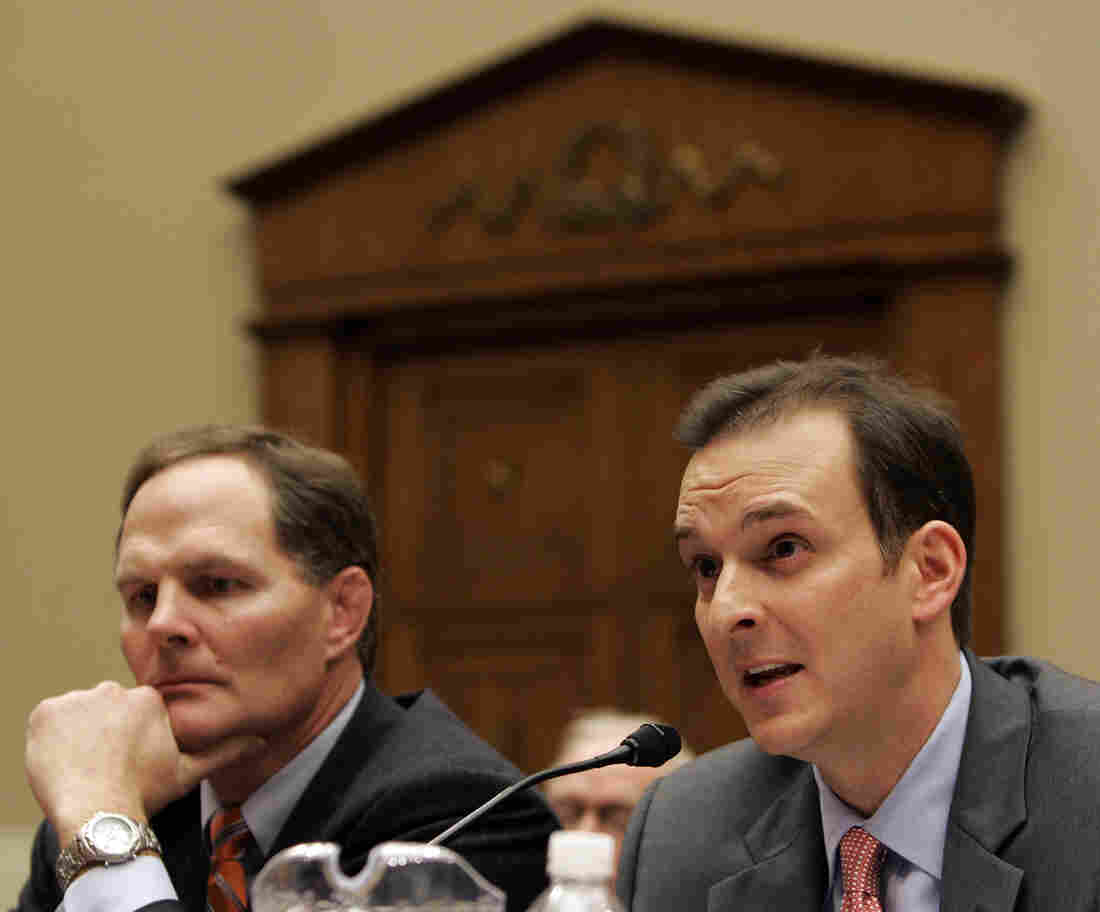 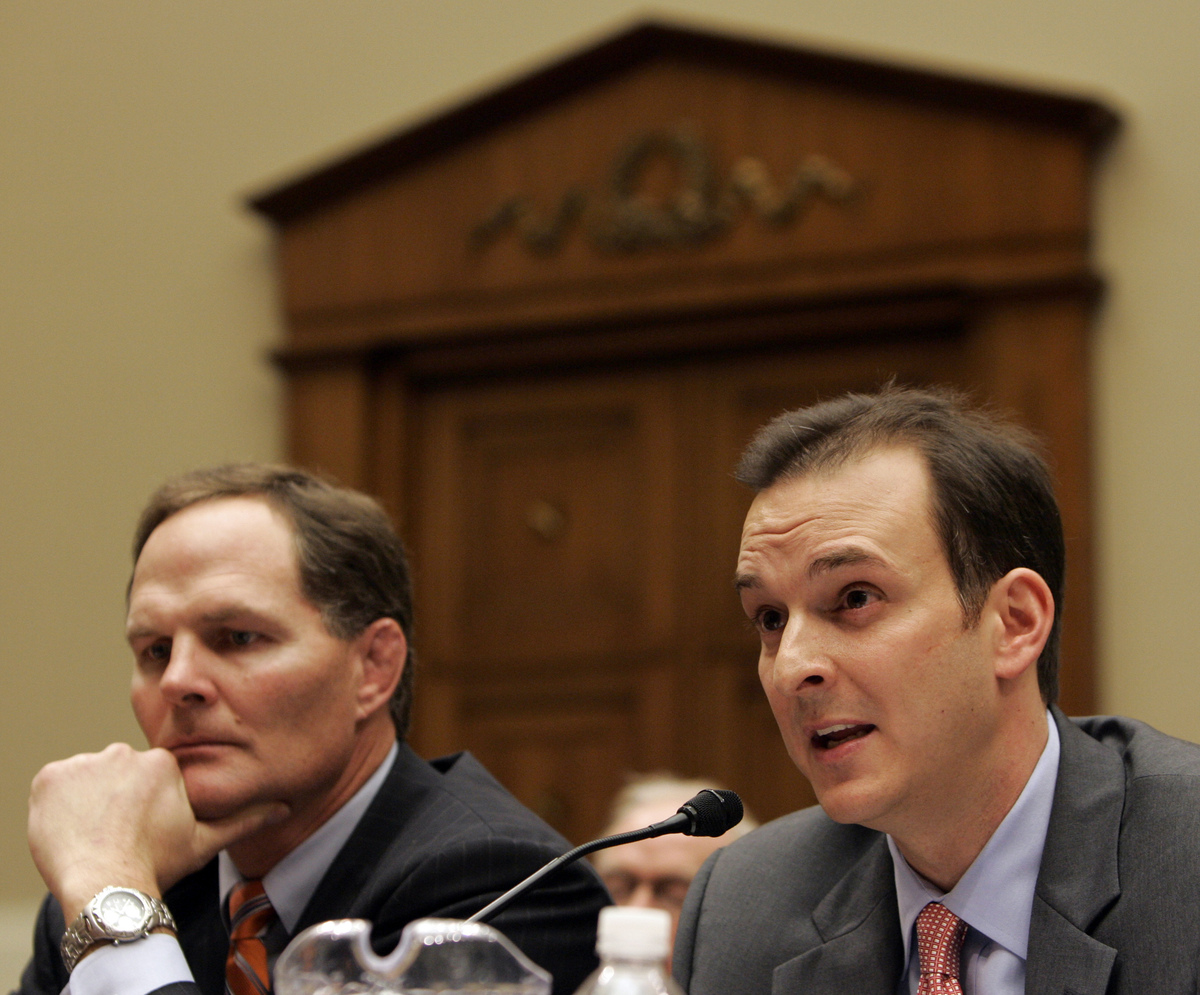 United States Anti-Doping Agency Chief Executive Officer Travis Tygart, right, during a subcommittee hearing on drug use in sports in 2008.

The head of the United States Anti-Doping Agency says Lance Armstrong knows the truth and he has decided that instead of airing every piece of evidence publicly and in front of an impartial court, the dethroned seven-time Tour de France winner has decided to "hold on to baseless soundbites."

Travis Tygart, the CEO of the USADA, spoke to All Things Considered's Melissa Block, hours after Armstrong announced he would not fight the agency's doping allegations.

Tygart said that with that statement Armstrong was relying on "tried and true PR soundbites that athletes who have been caught cheating with performance enhancing drugs say about the very people who are simply doing our jobs," protecting clean athletes.

Melissa pressed Tygart to gives us some idea of what physical evidence the USADA had and also to provide the names of the people who were ready to testify against Armstrong.

Tygart said that their decision to strip Armstrong of his Tour de France titles can still be appealed by the Union Cycliste Internationale — the international cycling federation — so he would not be naming names.

But he pointed to the USADA's charging letter against Armstrong. A test from 1999, he said, was re-tested and showed a positive EPO result. EPO is banned substance that increases the production of red blood cells. Tygart said they had evidence that a positive test that same year was covered up by the team. Further in 2001, a test was suspicious but "did not go through." In 2009 and 2010, said Tygart, tests showed signs that Armstrong had received blood transfusions.

"To say there is no evidence is a soundbite," said Tygart. "They had an opportunity to contest (the evidence) through a legal process that provides constitutional due process. There's an obvious reason why that was not chosen."

He said what the USADA uncovered is that Armstrong and his USPS professional cycling team was running "one of the most sophisticated drug conspiracies we've ever seen."

"I think Mr. Armstrong also knows the truth and decided that instead of a fact-by-fact, piece-by-piece coming out in open court under oath, he decided his better move at this stage was just not to contest and hold on to some baseless soundbites about witch hunts and personal vendettas."

Tygart said this a tough day for everyone, even the USADA.

"But on the other hand it does provide hope that kids in this country who desire and dream about being a professional athlete or an amateur athlete or a high school athlete that they don't have to use dangerous drugs against the rules in order to be successful," he said.

Much more of Melissa and Tygart's conversation is on today's edition of All Things Considered. Click here to find your local NPR member station. We'll post the as-aired interview on this post a little later on tonight.