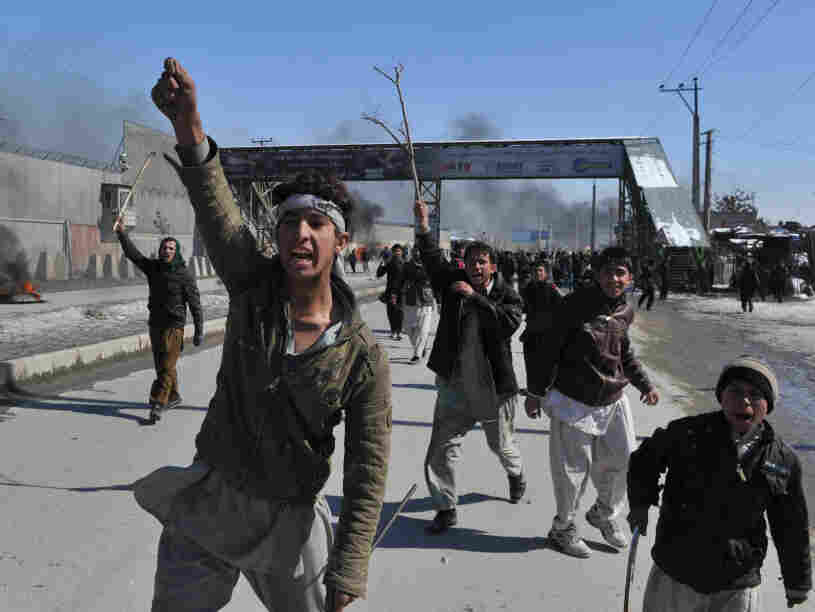 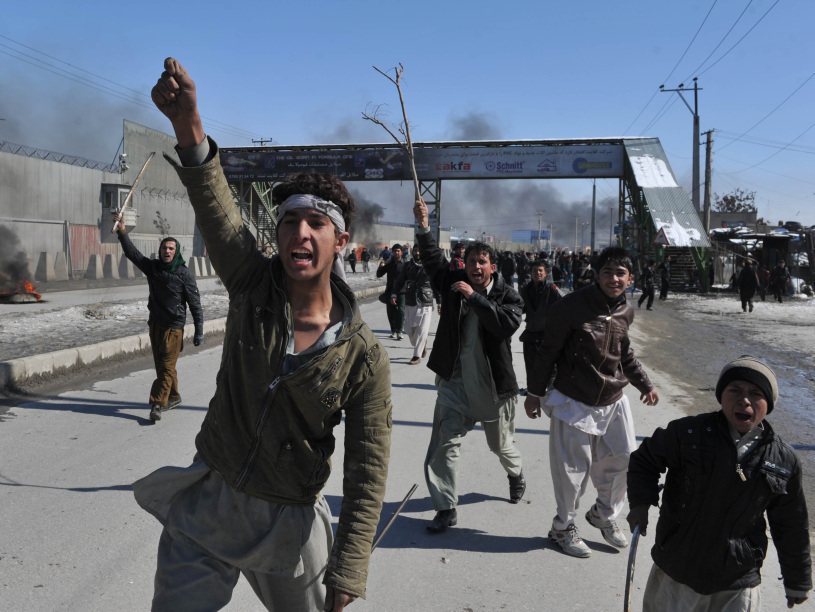 In Kabul in February, demonstrators shouted anti-American slogans, protesting the burning of Qurans.

The U.S. military announced that nine servicemen who were involved in two incidents of misconduct were given administrative punishments for their actions.

The six Army soldiers who burned Qurans and the three Marines who were involved with a video where four soldiers are seen urinating on the corpses of Taliban militants escaped criminal charges.

NPR's Tom Bowman filed this report for our Newscast unit:

"The three Marines pleaded guilty and received what is called non-judicial punishment, meaning they could be reduced in rank or forefeit pay for the incident.

"Their names were not released but officials say they were members of the Third Battalion, Second Marine Regiment based at Camp LeJeune, North Carolina.

"Desecrating a corpse violates military law and the Geneva Conventions.

"Four Marine sergeants were pictured in the video taken in Helmand Province. And officials say that that disciplinary actions against other Marines involved will be announced later."

The AP reports that the Quran burnings triggered protests in Afghanistan, so the news that the soldiers did not receive criminal charges could trigger more.

"The Qurans and other Islamic books were taken from the Parwan Detention Facility, and officials believed that extremists being detained there were using the texts to exchange messages. The religious books and other materials were put in burn bags and then later thrown into a fire pit used to burn garbage at Bagram Air Field, a major U.S. base north of Kabul.

"A report on the investigation into the February Quran burning is expected to be released Monday. But officials have previously detailed the incident, describing it as not intentional, but as a mistake compounded by some bad decisions."