Accessibility links
At Nonaligned Conference, Egypt's Morsi Slams Iran Over Syria Position : The Two-Way The criticism from the meeting's most prominent member put Iran in an uncomfortable position. 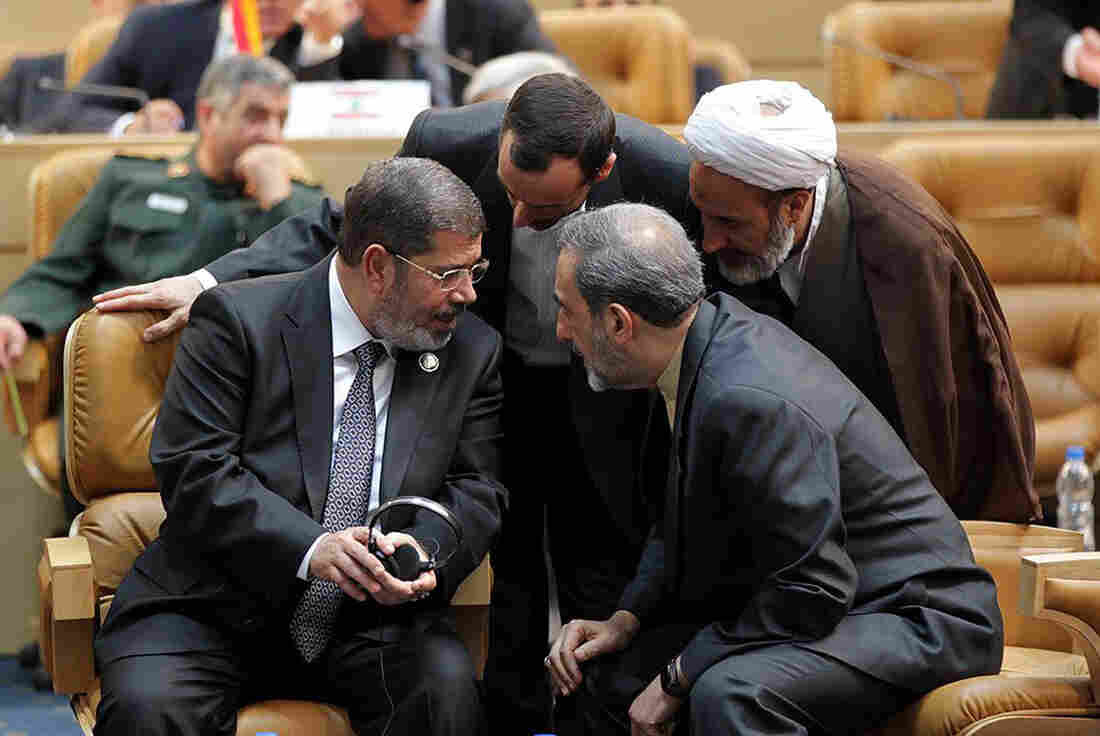 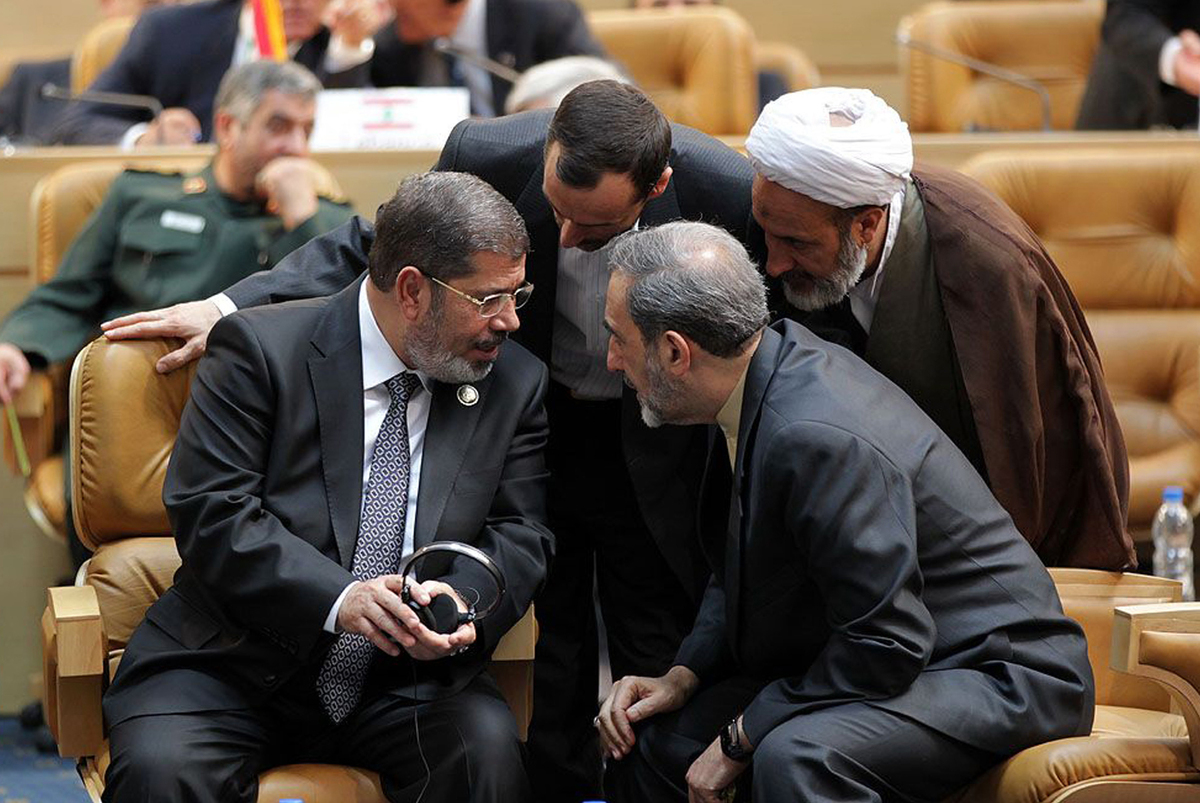 The 120-nation Nonaligned Movement meeting happening in Iran started in controversy, when both Egypt and U.N. Secretary-General Ban Ki-moon defied the United States, announcing they would attend.

"In effect, he demanded Iran join the growing anti-Assad consensus or risk being further estranged from Egypt and other regional heavyweights such as Turkey and Saudi Arabia.

"Morsi has proposed that Iran take part in a four-nation contact group that would include Egypt, Turkey and Saudi Arabia to mediate an end to the Syrian crisis. The U.N. chief Ban also said Iran has a key role to play in finding a solution to end Syria's civil war, which activists say has claimed at least 20,000 lives." ...

"In another possible dig at Iran, Morsi gave credit to the Arab Spring wave of uprisings that put him in power and touched off the civil war in Syria. Iran has endorsed many of the revolts — describing them as a modern-day reflection of its Islamic Revolution more than three decades ago — but denounces the Syrian uprising as orchestrated by "enemies" that include Saudi Arabia and Turkey."

"The bloodletting in Syria is the responsibility of all of us and we should know that this bloodletting won't be stopped without active interference by all of," Morsi said according to the AP. "The Syrian crisis is bleeding our hearts."

Michelle also pointed us to a bit of a diplomatic awkwardness.

Take a look at this picture of Ban's meeting with Iran's Ayatollah Ali Khamenei. It was released by Iran's official news agency: 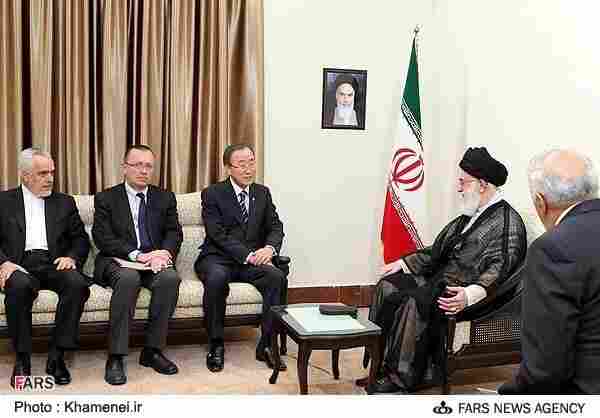 The man sitting in the middle, Michelle tells us, is the new U.N. Undersecretary General for Political Affairs Jeffrey Feltman.

"Feltman was until recently the assistant secretary of state for near east affairs," Michelle says. Which means he very likely never thought he'd be sitting in a room with the ayatollah this soon.