Accessibility links
BusinessWeek: Karl Rove Jokes About Todd Akin's Murder : The Two-Way The Republican master strategist made the joke during a fundraiser with influential donors. 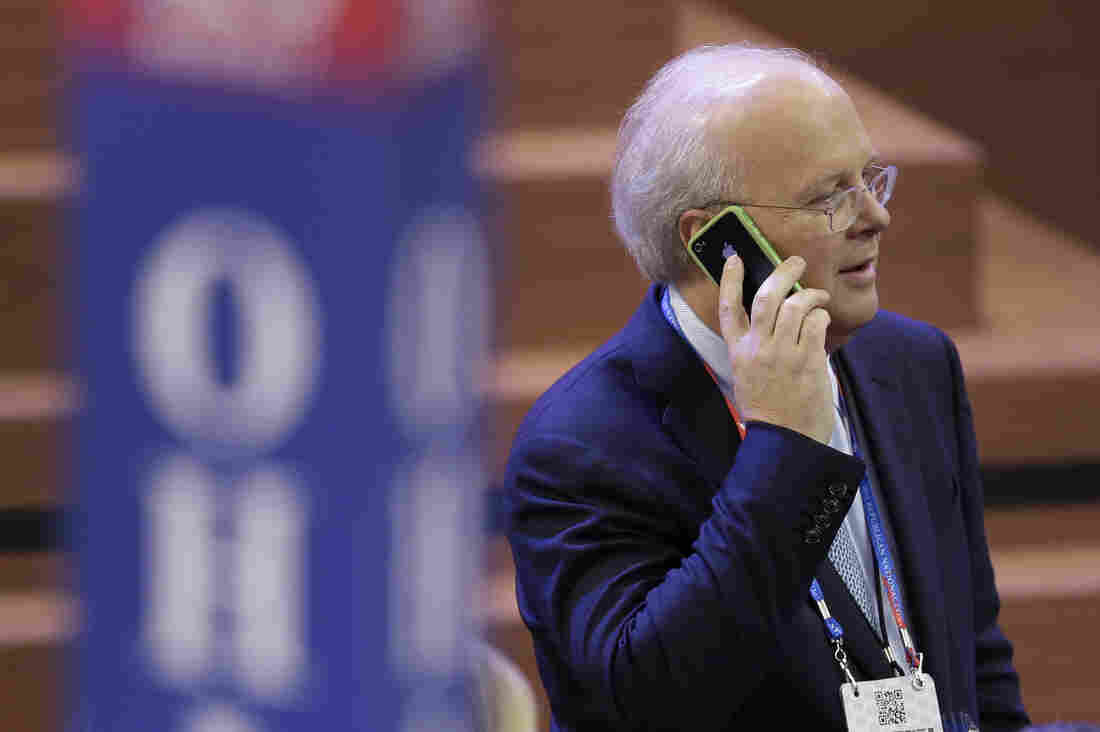 Karl Rove talks on his mobile phone as he walks across the floor before the second session of the Republican National Convention in Tampa on Tuesday. J. Scott Applewhite/AP hide caption 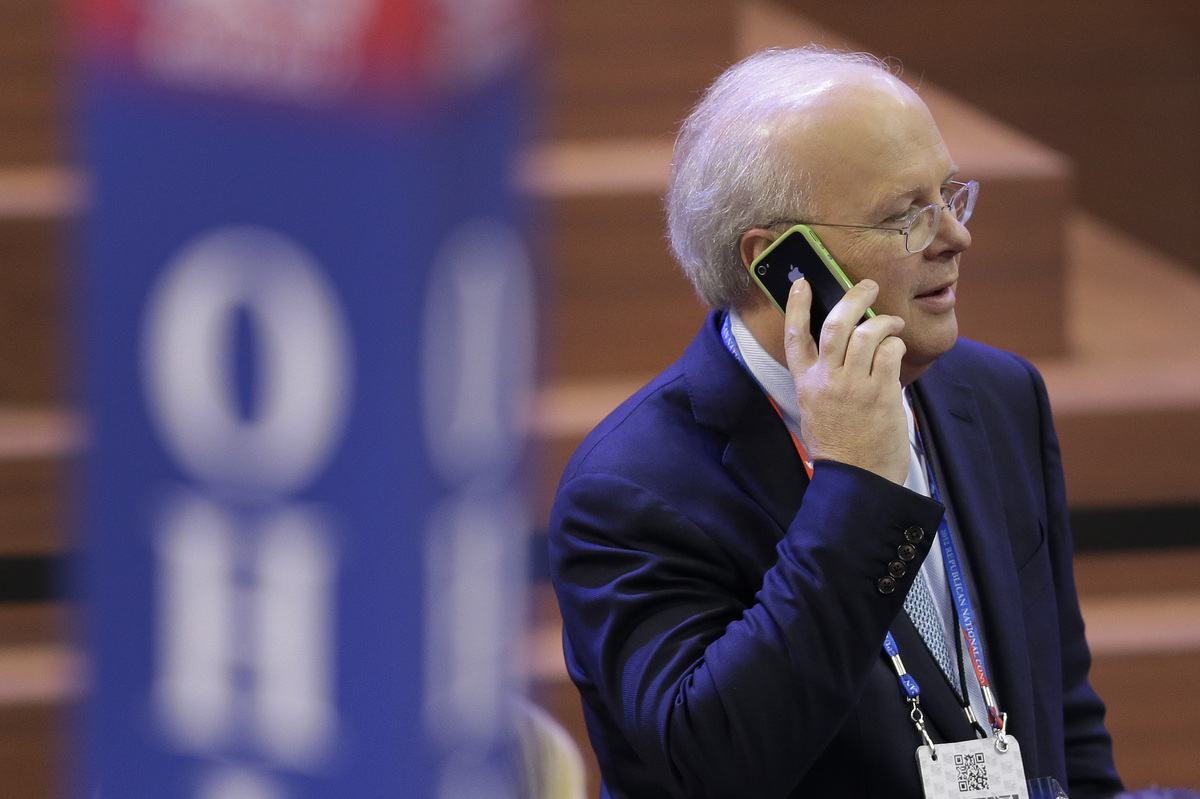 Karl Rove talks on his mobile phone as he walks across the floor before the second session of the Republican National Convention in Tampa on Tuesday.

It's probably no exaggeration to say that Rep. Todd Akin, the Republican nominee for the senate race in Missouri who caused an uproar with his comments about abortion, became one of the least popular figures within the GOP.

How unpopular? Just look at the joke Republican master strategist Karl Rove made during a fundraiser:

"We should sink Todd Akin. If he's found mysteriously murdered, don't look for my whereabouts!"

That quote was reported by Bloomberg's BusinessWeek today. Reporter Sheelah Kolhatkar was invited to "an exclusive breakfast briefing to about 70 of the Republican party's highest-earning and most powerful donors." No one at the breakfast seemed to notice that a reporter was in the room, which explains the candid comments.

Even when talking directly to reporters, Rove has also expressed his displeasure with Akin. A few days ago, he told Politico that Akin would lose big.

"I know Todd. He's a good man. He has a good heart," Rove said. "But he said a real stupid, indefensible thing from which there's no recovery. And if he really cares about the values of conservatism and pro-life, then he will not go down in defeat with the biggest loss of any Republican candidate for Senate in the modern history."

But beyond his issues with Akin, we encourage to read the BusinessWeek piece. It's a peek into the Republican strategy for the presidential election. The takeaway is that Rove thinks Republicans should be polite and run on what President Obama promised but then, in his words, failed to deliver.

Bloomberg reports on what he said his Super PAC American Crossroads learned from focus groups and other studies:

"What had emerged from that data is an 'acute understanding of the nature of those undecided, persuadable' voters. 'If you say he's a socialist, they'll go to defend him. If you call him a "far out left-winger," they'll say, "no, no, he's not."' The proper strategy, Rove declared, was criticizing Obama without really criticizing him—by reminding voters of what the president said that he was going to do and comparing it to what he's actually done. 'If you keep it focused on the facts and adopt a respectful tone, then they're gonna agree with you.'"

If you watched Mitt Romney's acceptance speech last night, you heard echoes of this strategy. One of the takeaway lines:

"I wish President Obama had succeeded because I want America to succeed. But his promises gave way to disappointment and division. This isn't something we have to accept. Now is the moment when we can do something. With your help we will do something."