Accessibility links
Slaughtering Of Elephants Is Soaring Because Of China's Demand For Ivory : The Two-Way With ivory fetching about $1,000 a pound there are armies and militias from all sides of Africa's several civil wars killing the animals and harvesting their tusks.

Slaughtering Of Elephants Is Soaring Because Of China's Demand For Ivory 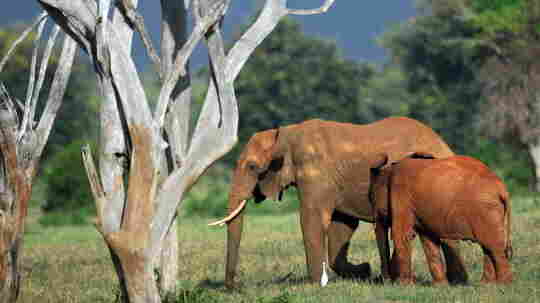 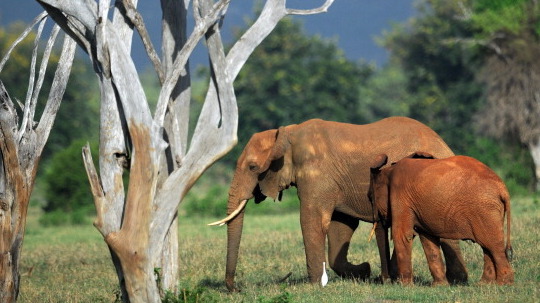 "For the first time in history," hundreds of millions of people in China are now wealthy enough to buy jewelry, combs and trinkets made of ivory and that's led to a huge spike in the illegal slaughtering of elephants in Africa, The New York Times' Jeffrey Gettleman said earlier today on Morning Edition.

With ivory fetching about $1,000 a pound there are armies and militias from all sides of Africa's several civil wars killing the animals and harvesting their tusks, Gettleman said, to get money that will buy more guns. In a Times report this week, he wrote about how "the Ugandan military, one of the Pentagon's closest partners in Africa" is likely responsible for some of the poaching. So too are "some of Africa's most notorious armed groups, including the Lord's Resistance Army, the Shabab and Darfur's janjaweed," he reported.

It's likely, Gettleman told NPR's Steve Inskeep, that "tens of thousands" of elephants have been killed in the past year or so.

As CNN has reported, "the level of butchery is a throwback to the 1980s, when an estimated 100,000 elephants were being killed every year," according to data compiled by the World Wildlife Fund.

Former NBA star Yao Ming, an ambassador for the environmental organization WildAid, traveled to Africa this summer to spotlight the problem of elephant and rhino poaching. The Guardian posted Yao's account of what it was like to see one of the dead elephants:

"I witnessed how illegal ivory was obtained, along with Peter Knights, executive director of WildAid, with whom I've worked for several years now. With the help of Kenya Wildlife Service, we travelled via helicopter to access the carcasses. Iain Douglas-Hamilton of Save the Elephants had spotted the bodies from the air in his small plane, and marked the spot for our pilot to bring down the chopper in a dry riverbed. It was so tight we did a little hedge trimming on the way down.

"Not 20 yards away, I saw the body of an elephant poached for its ivory three weeks ago. Its face had been cut off by poachers and its body scavenged by hyenas, scattering bones around the area. A sad mass of skin and bone. The smell was overwhelming and seemed to cling to us, even after we left.

"I really was speechless. After seeing these animals up close and watching them interact in loving and protective family groups, it was heart wrenching and deeply depressing to see this one cruelly taken before its time."