Accessibility links
Racer Alex Zanardi Wins Gold Medal At London Paralympics : The Two-Way Alex Zanardi, who was a star racecar driver when he lost his legs in a 2001 crash, has won a gold medal in the London Paralympics. The Italian, 45, beat Germany's Nobert Mosandl by more than 27 seconds to win the men's handcycle time trial. 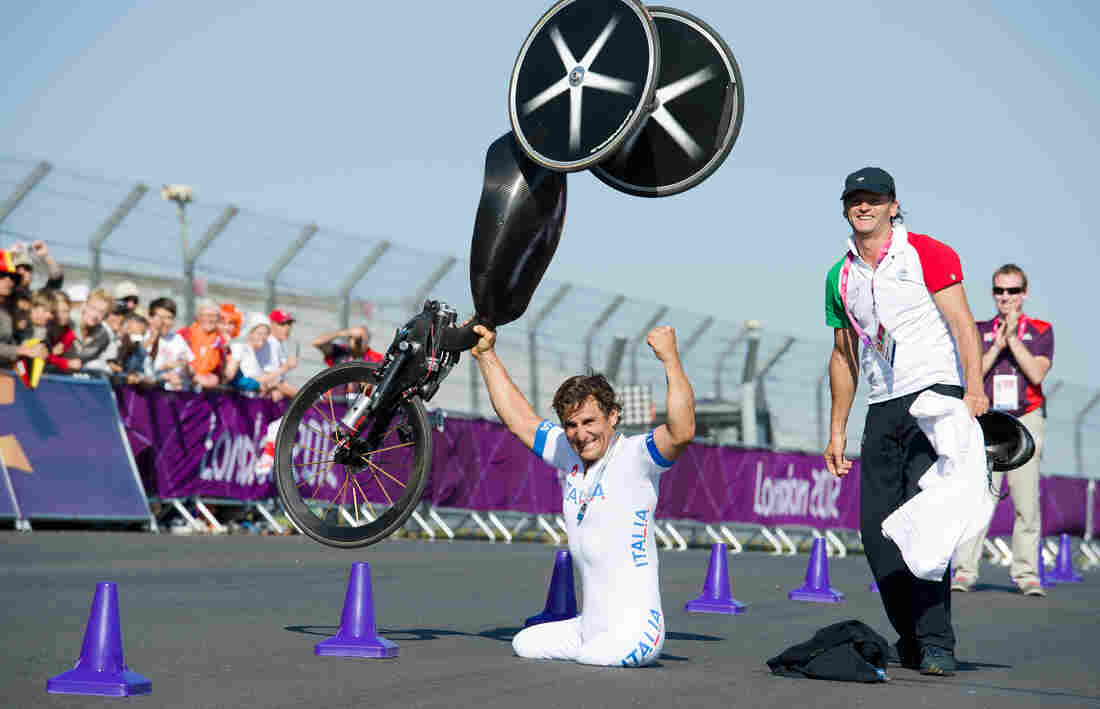 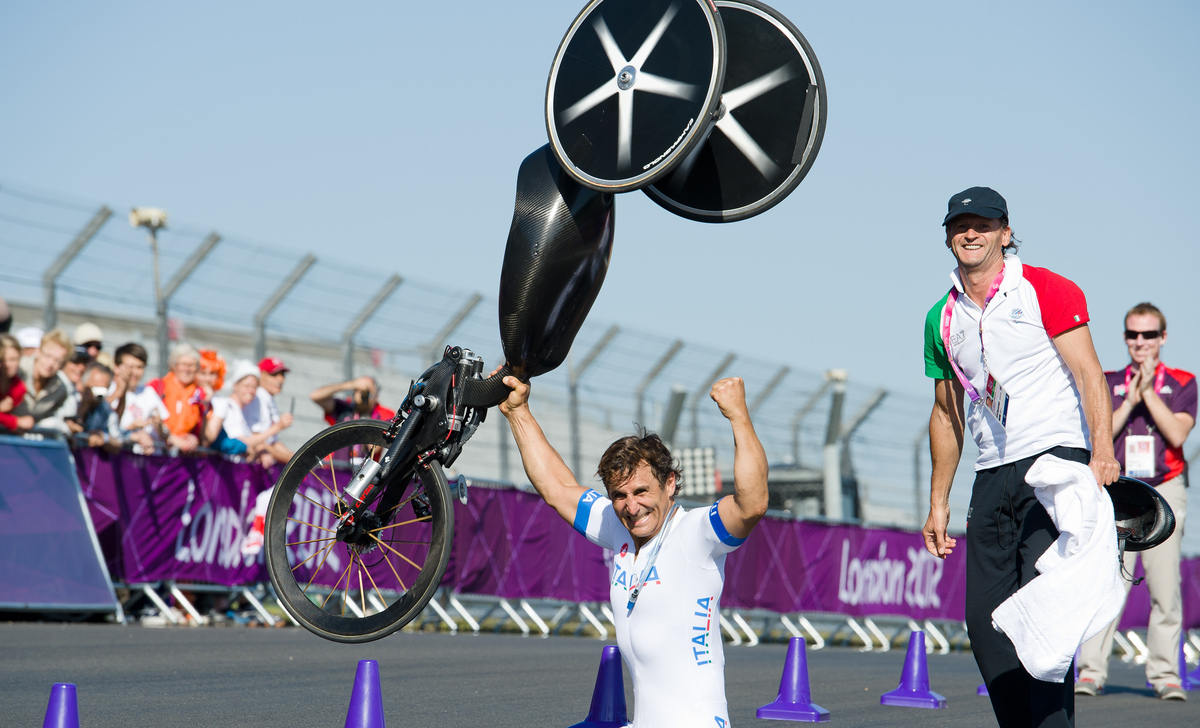 Alex Zanardi, who was a star racecar driver when he lost his legs in a 2001 crash, has won a gold medal in the London Paralympics. The Italian, 45, beat Germany's Nobert Mosandl by more than 27 seconds to win the men's handcycle time trial. The race took place at Brands Hatch, a track that Zanardi has previously tackled behind the wheel of high-powered racecars.

"Last time I was here I was going about five times faster but I still love this circuit," he said this week.

Zanardi's time of 24 minutes, 50.22 seconds — for an average speed of 24 miles per hour — proved to be untouchable. Defending Paralympic champion Oscar Sanchez of the United States was third, 45 seconds behind him.

Zanardi drove cars at Brands Hatch as recently as 2008, competing in an adapted BMW. But a year later, he entered a handcycling race — and decided to leave the cars behind. In a feature on the Paralympics website, Zanardi said, "It's like one day you meet a woman and you say, 'Wow! She's beautiful! This could be the woman of my life."

Since then, Zanardi has focused on handcycling, even creating his own racing cycle from scratch. And he's maintained the aggressive style that was his hallmark on Formula 1 and CART circuits — going so far as to ruin his best bike in a crash in July.

Even if you're not a racing fan, it's very possible that you've seen footage of Zanardi's crash during a CART race in Lausitz, Germany, almost exactly 11 years ago.

Toward the end of that race, Zanardi was bringing his car up to speed after a pit stop when he lost control of the vehicle and spun onto the main track. His car was effectively cut in half by another race car that struck its side while travelling at nearly 200 miles per hour.

"You know what you see, but you don't want to believe it," said racing circuit physician Dr. Terry Trammell, who was among the wave of rescue personnel who got to Zanardi's shattered car. He spoke about the crash for a National Geographic documentary.

"The first thing I did was promptly slip and fall onto my hands and knees," Trammell said. " I thought I slipped and fell in oil, as I approached the car. But it was blood."

That traumatic day is behind Zanardi now. His Twitter account is full of enthusiasm for racing — with a heavy dose of gratitude that he's able to compete again.

"In my career I've always received a lot of support but I would not expect so much as I'm getting these days," he wrote last week. "Thank you all!"

And then, a day later: "Just loaded my bag in the car to leave to London. For a brief moment I found myself thinking of all the things I've done. I'm a lucky boy!"

In 2011, Zanardi took first place in his division of the New York City Marathon. At the London Paralympics, Zanardi will also compete in the men's road race, and the team relay.