Accessibility links
Achtung Beer Drinkers: Munich's Brewers Need Bottles, Kegs For Oktoberfest : The Two-Way German beer drinkers are eagerly awaiting Sept. 22, when the first Oktoberfest beer barrel will be tapped in Munich. But when that happens, they might want to drink up — because the city's brewers are worried they won't be able to supply enough beer for the two-week party that will follow. 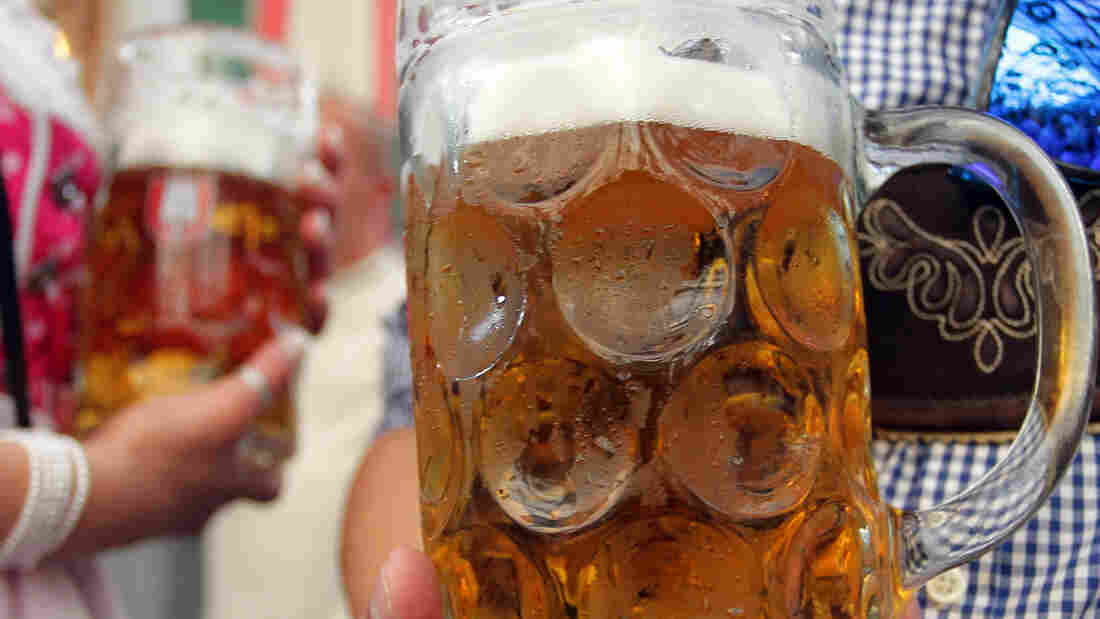 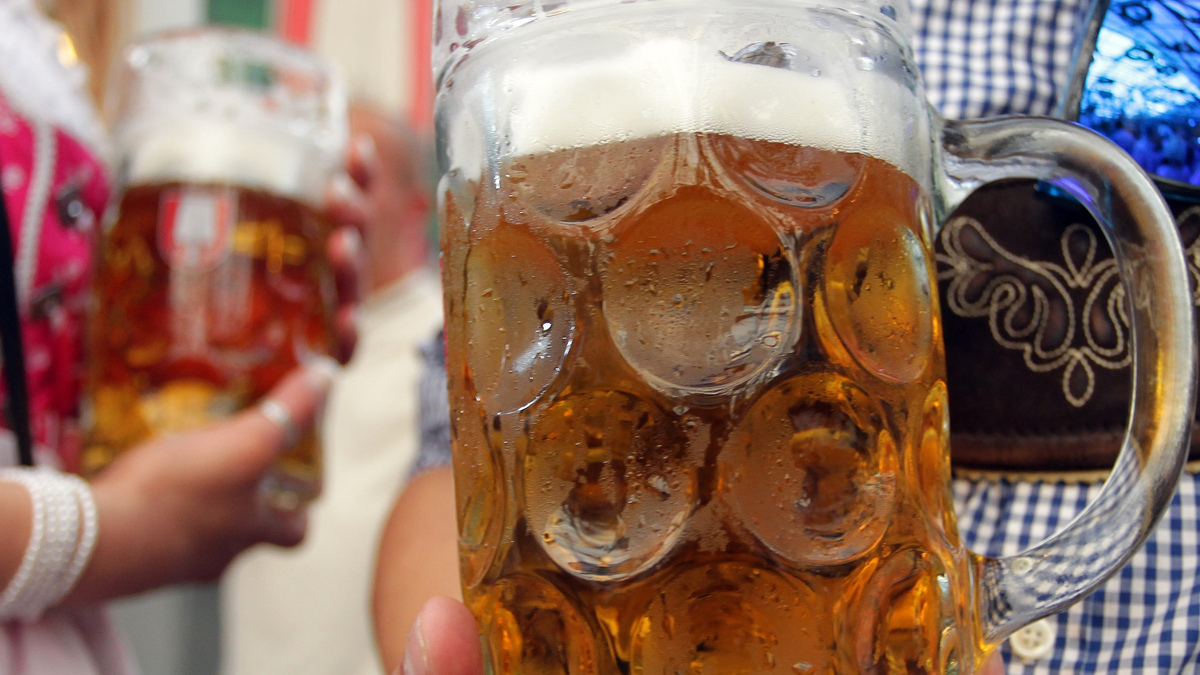 Ahead of Oktoberfest, Munich's brewers say they're running short of bottles and kegs for the festival's beer. Here, glass beer steins are seen at last year's Oktoberfest.

German beer drinkers are eagerly awaiting Sept. 22, when the first Oktoberfest beer barrel will be tapped in Munich and two weeks of revelry begin. But when that happens, they might want to drink up — because the city's brewers are worried they won't be able to supply enough beer for the massive party and its huge beer tents.

The brewers aren't out of beer — there's plenty of that to go around, they say. The trouble is that makers of beers like Paulaner and Hacker-Pschorr don't have enough bottles to supply the festival. In some cases, they've fallen tens of thousands of bottles behind their production schedule. Other say their kegs are in short supply.

The situation led Heiner Mueller of the Paulaner and Hacker-Pschorr brewery to appear in Munich's TZ newspaper today.

"Dear Munichers — bring back your crates," he said, according to the German news site The Local. "We need our empties!"

The reason for the shortage is simple: People have been drinking a lot of beer in Munich lately. The spike in consumption is being blamed on some really nice weather the city's been having at the end of summer.

As we reported in 2011, 7.5 million liters of beer were served at Munich's Oktoberfest last year. And of course, much of it is consumed in the festival's famous steins, the large mugs that hold draft beer.

Because the brewers wash and reuse their bottles over and over — as many as 50 times, according to TZ — they rely on their customers to turn them back in. That hasn't been happening quickly enough to let beer-makers build up the supplies they need.

The Local describes what, for some, would be a nightmare scenario:

"The crisis has led to Hofbrau prioritizing its two most popular beers — Helles and Wiesnbier. 'At the moment we could have a situation where we don't have any dark beer for a few days,' said Hempl, sending a chill down many Bavarian spines."

Even the big boys like Spaten and Lowenbrau — both of them owned by Anheuser-Busch InBev — are feeling the squeeze. Those breweries say they're running out of kegs.

"We can still fulfill all the orders, but it's getting tight," said Anheuser-Busch InBev's Oliver Bartelt.