Accessibility links
Chicago Teachers On Strike, Affecting 350,000 Students : The Two-Way Teachers from the nation's third-largest school district have gone on strike despite an offer of a 16 percent pay raise over four years. 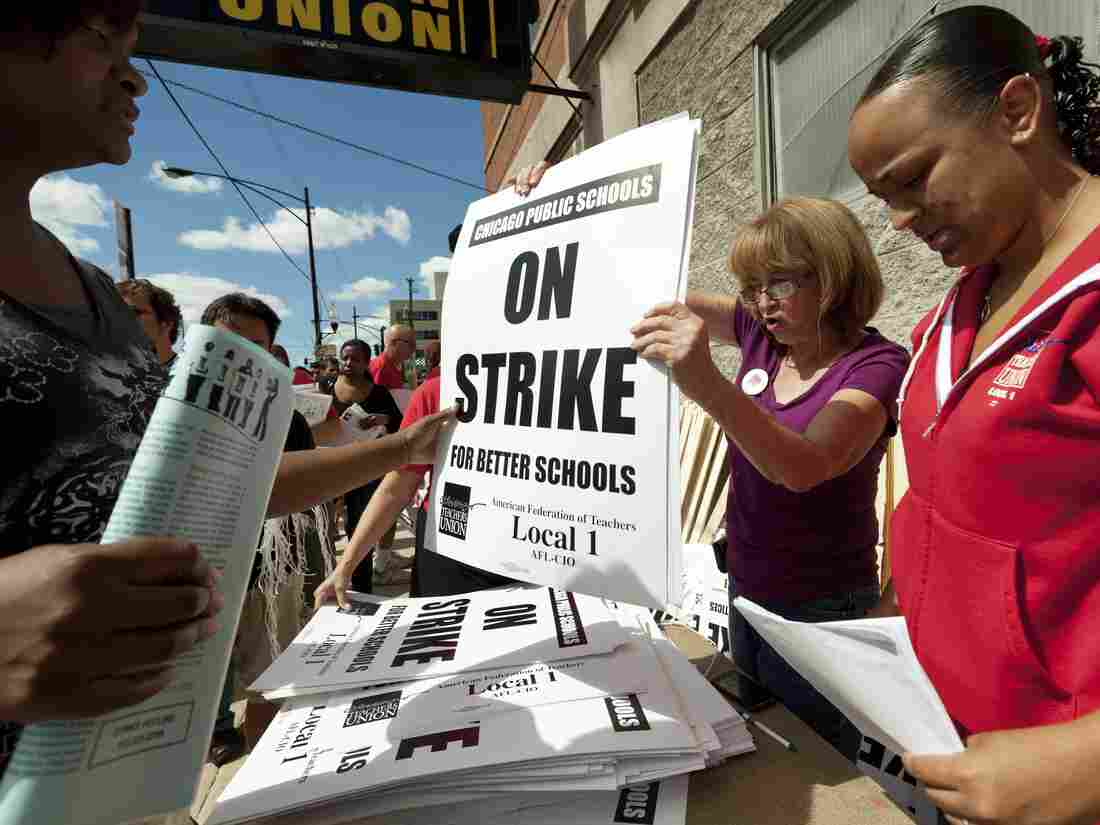 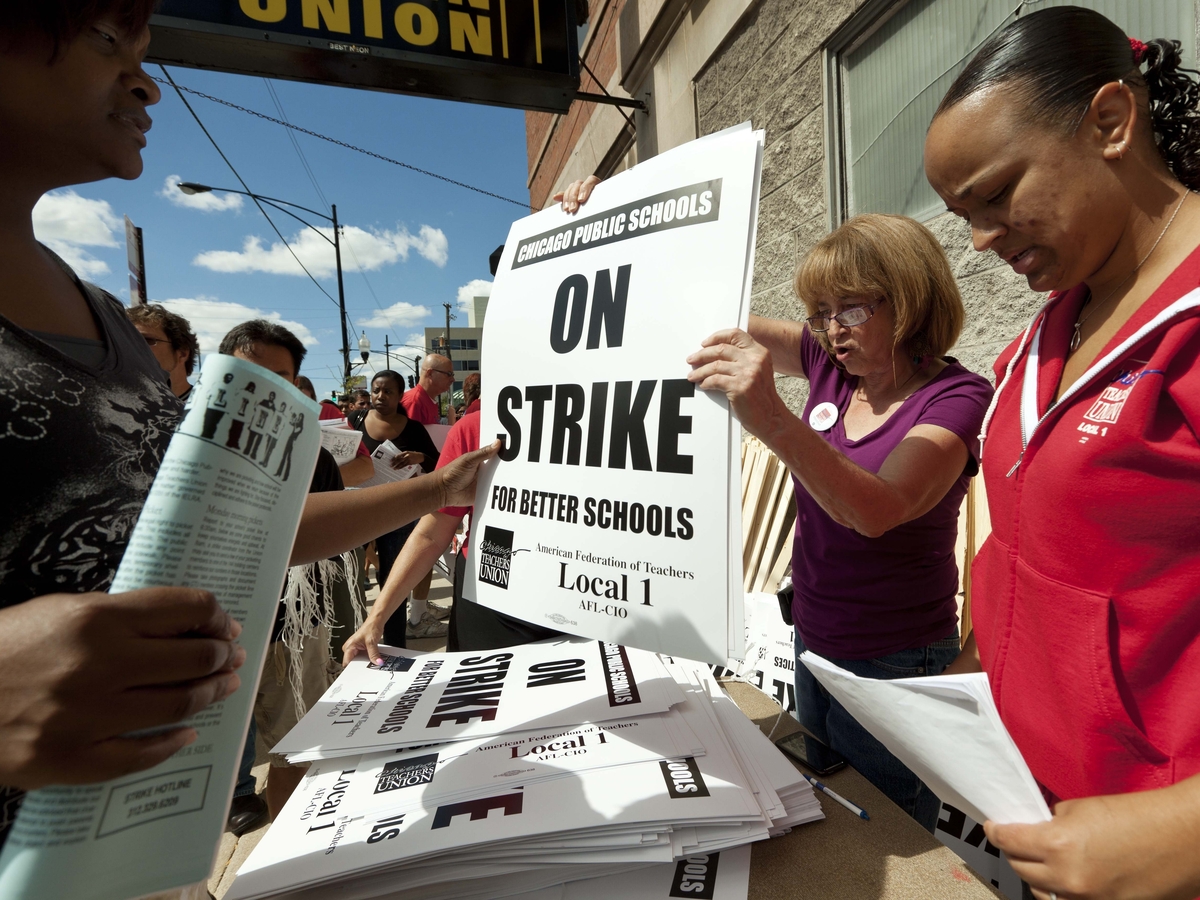 Teachers in Chicago walked off the job Monday after contract negotiations fell through, leaving 400,000 students in the nation's third-largest district shut out of their classrooms.

Contract talks broke down late last night, and by Monday morning Chicago public school teachers, many wearing red T-shirts and carrying signs, were picketing around the city for the first time in a quarter-century.

Emanuel says the union walked away from the table too soon.

"We're down to two issues. Finish it! Let the kids go back where they belong," he said late Sunday. "This is not the right thing to do to the children. It's unnecessary. It's avoidable and it's wrong."

"We demand a fair contract now, and until there's one in place that our members will accept, we will be on the line," she said.

Board President David Vitale said after the teachers rejected a 16 percent pay raise over four years and a number of other benefits, there was little more that could be offered.

"There is only so much money in the system," Vitale said. "This is not a small commitment we're handing out at a time when our fiscal situation is really challenged."

" ... want big changes similar to ones being pushed nationally — a longer school day, longer school year, a new system for grading teachers and a whole new way to pay them.

"The teachers union is pushing back on those efforts, arguing for Emanuel to invest in what they say are under-resourced neighborhood schools."

Vevea reports that it's an awkward time for the union because unemployment is high and district budgets are being cut.

It could also be awkward for the Obama administration. Education Secretary Arne Duncan ran the Chicago schools for years, and Emanuel is a former administration chief of staff.

Rhoda Gutierrez, a parent with two kids in public school, told WBEZ that the politicians in Washington, D.C., need to step in.

"This is where Obama came from; this is where Duncan came from," Gutierrez said. "The policies in Chicago have gone national and viral."

According to The Chicago Tribune, 144 of the district's schools will be staffed with nonunion employees, including principals and assistant principals, to provide services and meals.

The New York Times quotes the CTU's Lewis as saying the contingency plan for students is "a mess" and that school officials were expecting families to "put their children with random folks."

High School teacher Steve Parsons said he and others are "ready to stay out as long as it takes to get a fair contract and protect our schools," according to The Times.

"... Chicago had been bracing for the possibility of a teachers strike — the first since a 19-day stoppage in 1987. In recent days, hundreds of people have called the city's 311 system and the Chicago Public Schools central offices with questions about whether a strike was coming, and what it would mean. A strike was not expected to affect the 45,000 students in the city's charter schools, officials said."