Accessibility links
On The Campaign Trail: The Picture Of Joe Biden You Have To See : The Two-Way The photograph is like a real-life version of The Onion parody of the vice president.

On The Campaign Trail: The Picture Of Joe Biden You Have To See

On The Campaign Trail: The Picture Of Joe Biden You Have To See

This past weekend was an odd one on the campaign trail. First, as NPR's Don Gonyea reported on Morning Edition, a muscled pizza man was so excited to see President Obama, he hugged him and picked him up a full foot off the ground.

Then there's Vice President Joe Biden who, um, canoodled with a biker lady at a Seaman, Ohio, diner.

The picture captured by Carolyn Kaster of The Associated Press is priceless: 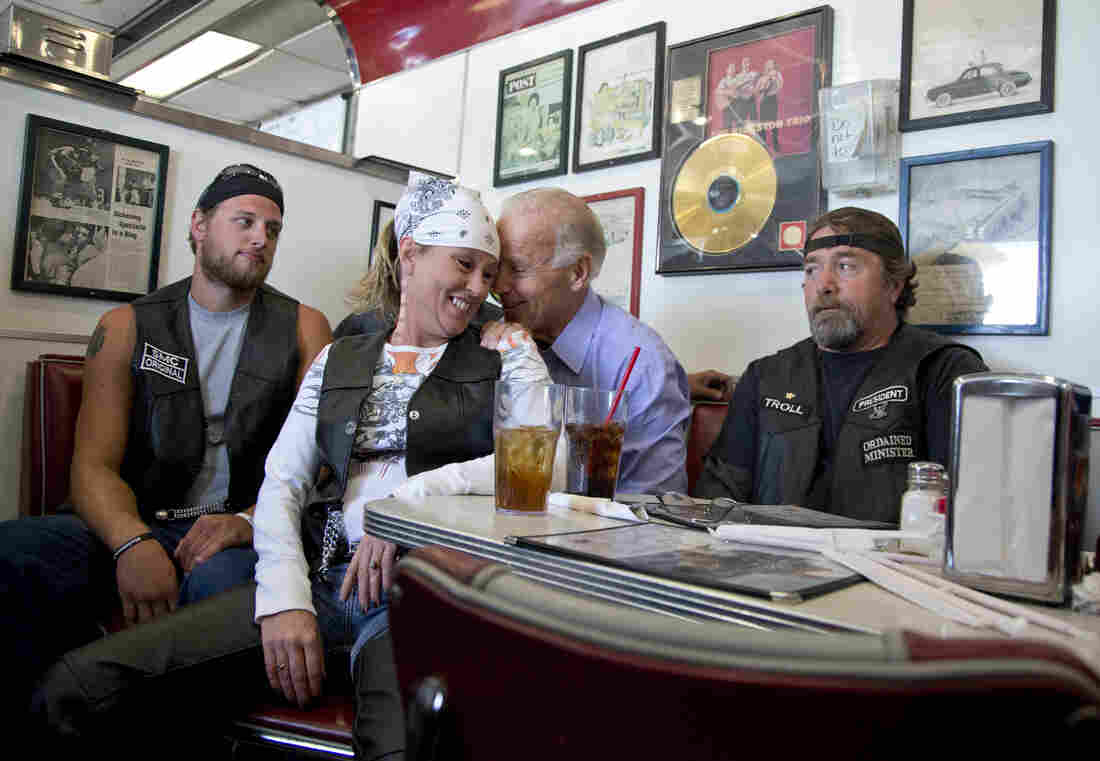 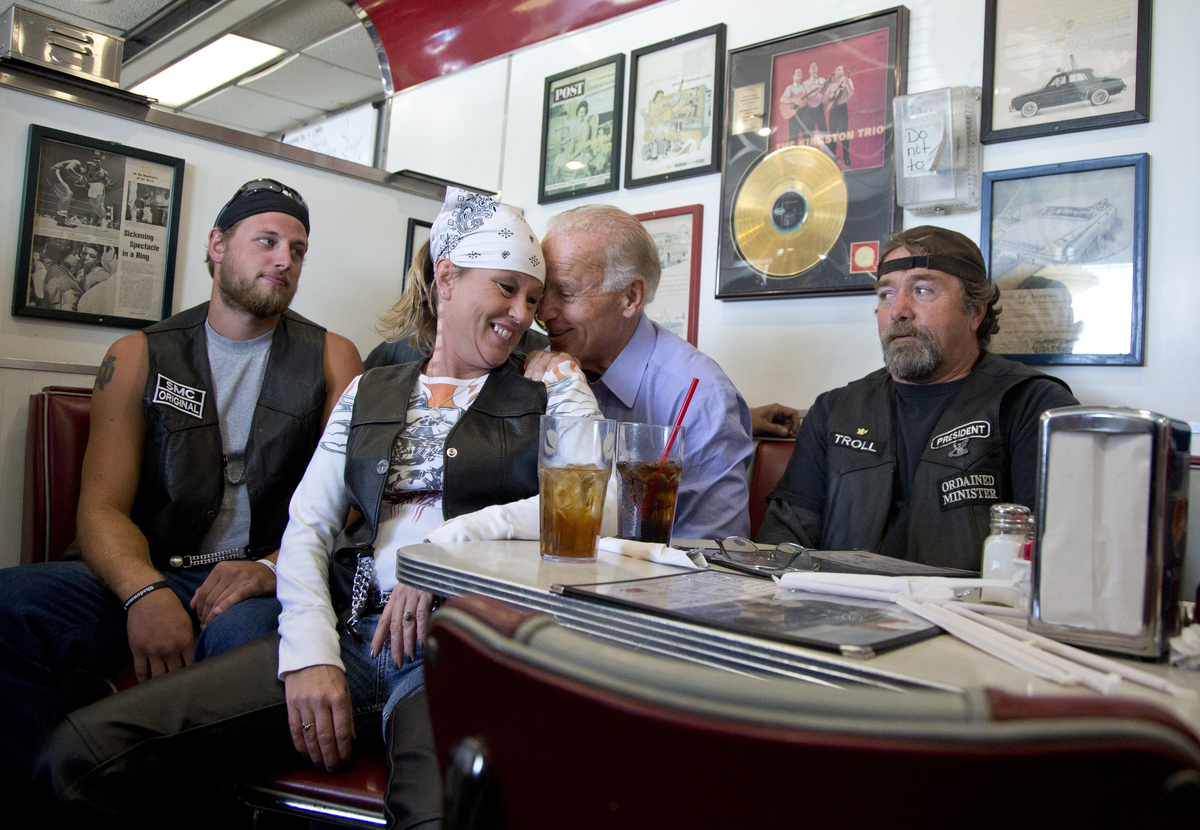 Vice President Joe Biden's talks to customers during a stop at Cruisers Diner in Seaman, Ohio, on Sunday.

As The New York Times very astutely notes, the picture is almost The Onion parody of Joe Biden come to life.

One of the most popular parodies of Biden appeared in May of 2009, when The Onion featured Biden washing his 1981 Trans Am in the White House driveway. And he was doing it shirtless with jean shorts and loafers.

The Times ran a story about the portrayals back in 2010. They report that off and on the Onion has portrayed the vice president as a boozy womanizer and as a kind of administration screw-up who once brought bed bugs to the White House.

Of course none of those things are true. But Vice President Biden finding himself in an odd situation — look at the faces on the guys — with bikers at an Ohio diner, well we've got the pictures to prove that one.