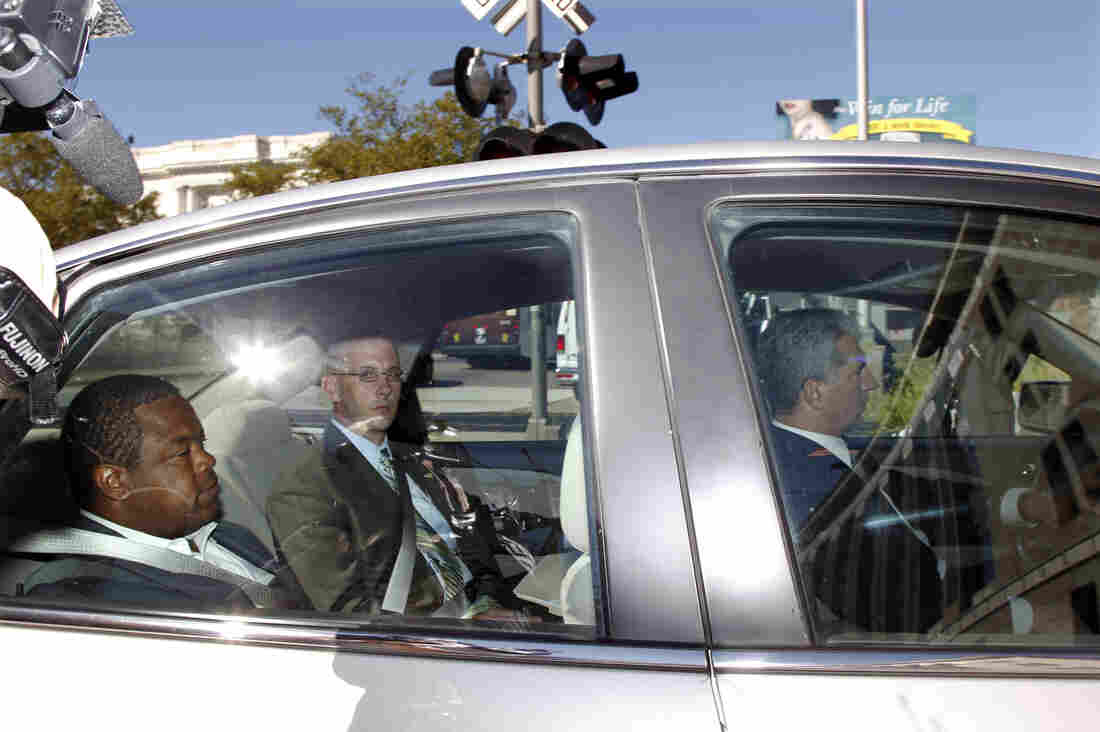 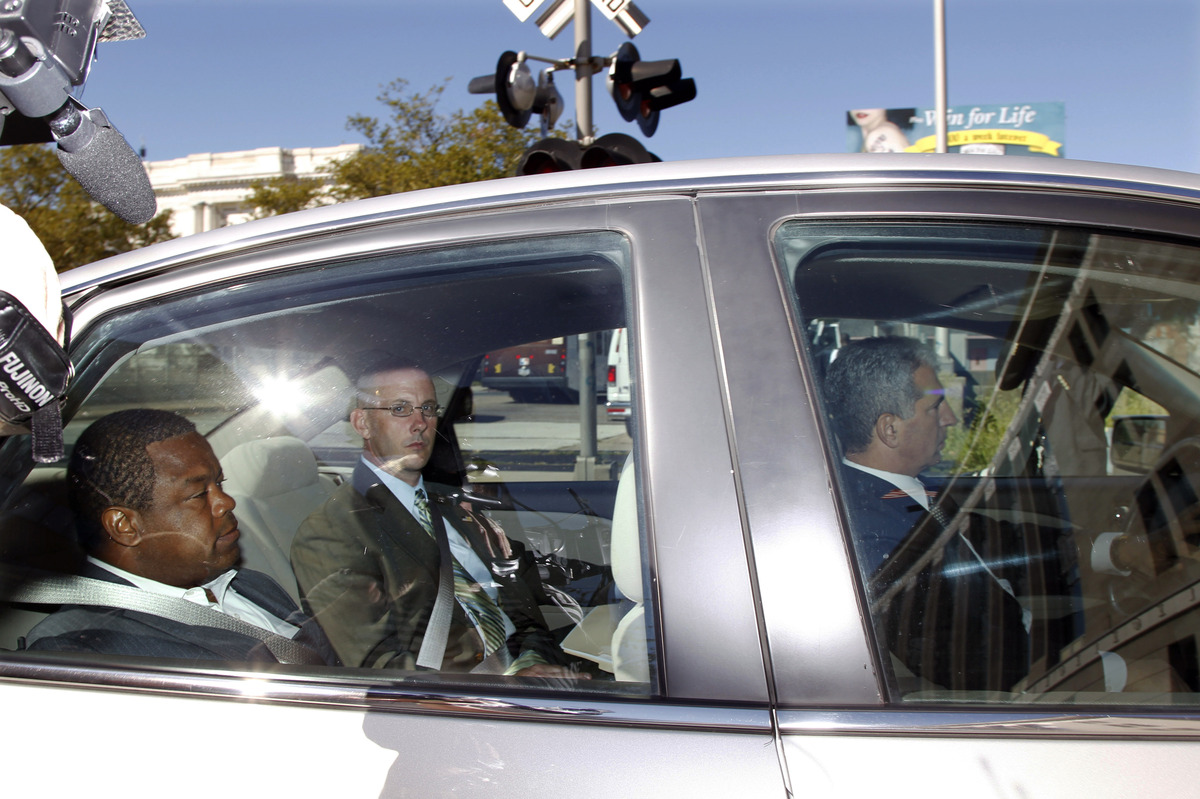 Trenton Mayor Tony Mack, left, is driven in custody into the federal courthouse in Trenton, N.J. on Monday.

The FBI arrested the mayor of New Jersey's capital city today, accusing him of corruption related to a bribery scandal.

The FBI alleges Tony Mack, the mayor of Trenton, accepted thousands of dollars in exchange for influence over a parking garage project. Federal authorities also arrested Mack's brother and a supporter.

"Federal prosecutors accuse all three men of taking part in a conspiracy to obstruct justice.

The Justice Department says Tony Mack, the mayor of Trenton since 2010, abused his power.

Authorities say the mayor's brother, the head football coach at Trenton Central High School, acted as a middleman between the mayor and a political supporter.

The FBI says it recovered $2,500 in the home of the mayor's brother, with serial numbers it traced to a bribe.

NBC New York reports that as part of its evidence, the FBI recorded conversations with Mack supporter Joseph Giorgianni.

Giorgianni, reports NBC New York, was recorded boldly saying that he could "be bought."

"I like to do it the Boss Tweed way, you know, Boss Tweed ran Tammany Hall," Giorgianni said in a recorded conversation. That was a reference to William Tweed, a New York representative from the 1800s who was convicted of stealing millions from New York taxpayers.

"The arrests are the latest development in an ongoing federal investigation that began in 2010 into alleged corruption within Mack's administration, which has been marked by accusations of nepotism and reckless spending. In July, FBI agents searched offices in Trenton City Hall a day after raiding the mayor's home. They also searched the home of his brother, Ralphiel Mack, and that of Giorgianni."