Accessibility links
The Mysterious Case Of China's Disappearing Heir Apparent : The Two-Way Xi Jinping, the next in line to succeed President Hu Jintao, has missed important meetings in the past week, with officials offering no explanation for his sudden disappearance.

Listen To Louisa Lim's Report On 'All Things Considered' 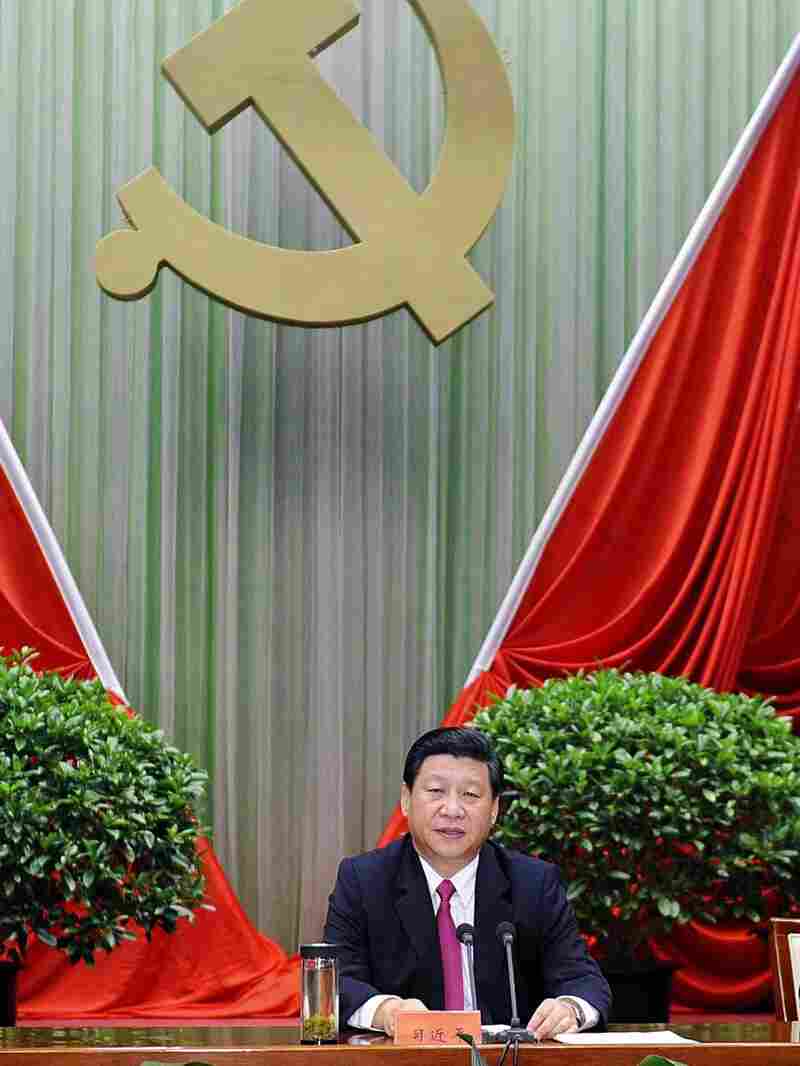 Chinese Vice President Xi Jinping addresses the opening ceremony of the autumn semester of the Party School of the Communist Party of China in Beijing on Sept. 1. Xinhua, Li Tao/AP hide caption 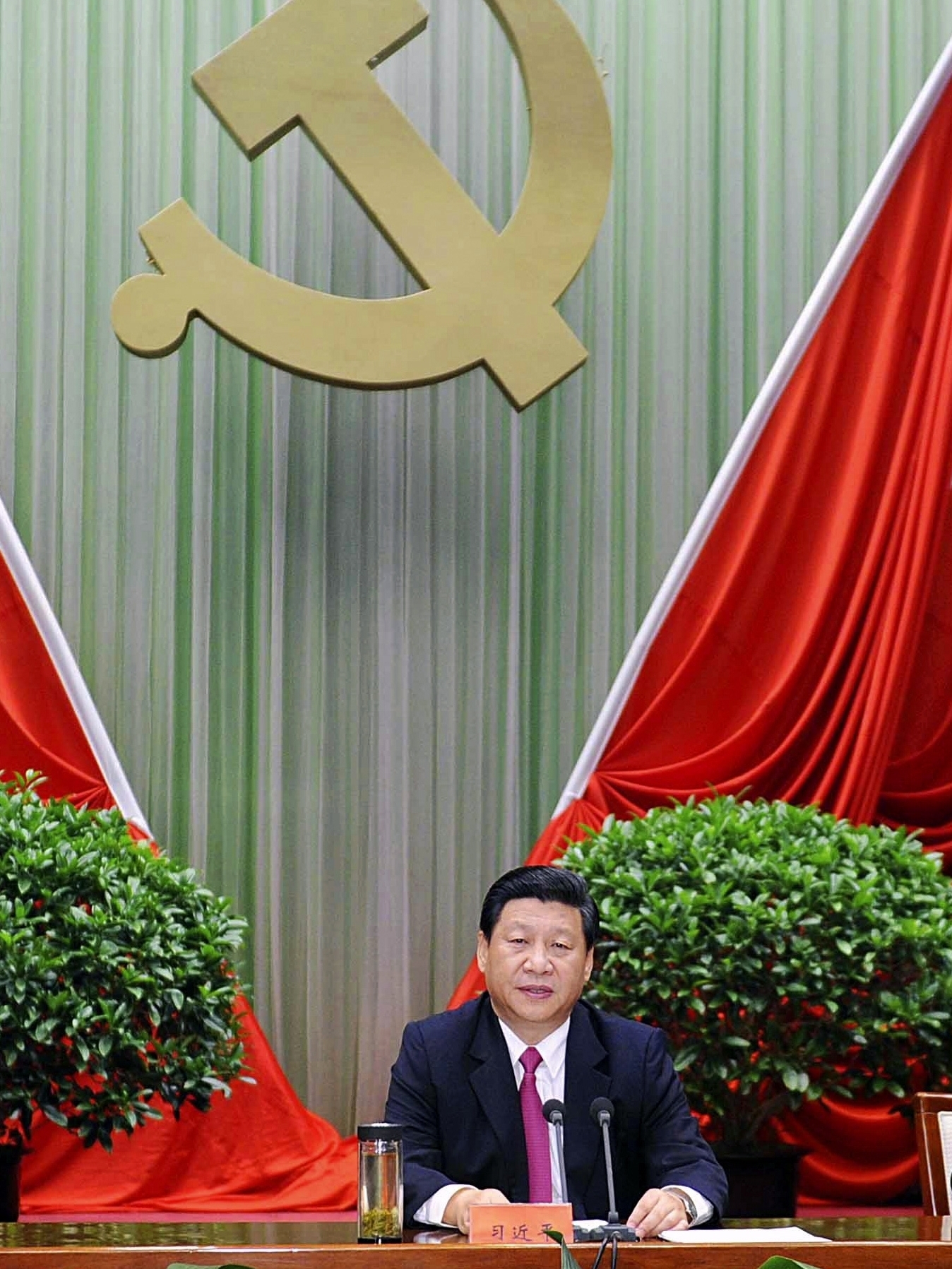 Chinese Vice President Xi Jinping addresses the opening ceremony of the autumn semester of the Party School of the Communist Party of China in Beijing on Sept. 1.

In the rarefied air of China's leadership circle, anything that strays from strict protocol becomes grist for the rumor mill.

So it is with the mysterious and sudden disappearance of Xi Jinping, the presumptive heir to President Hu Jintao.

Xi, 59, has inexplicably missed a series of important meetings with foreign dignitaries in the past week, including one with Secretary of State Hillary Clinton in Beijing. The last time anyone saw him in public was Sept. 1.

Just as telling as the missed meetings, perhaps, is that China's Communist Party leadership has yet to announce a date for the 18th Party Congress, which was expected to be held next month. The event is slated as the venue for the country's decennial transfer of power, where Hu will step down as general secretary, paving the way for Xi's ascension.

In China, where things are supposed to proceed according to a meticulous plan, the whole thing has got people, many of them journalists, wondering aloud about what exactly is going on. Here's the BBC's Damian Grammaticas:

"Is Xi Jinping sick? Has he had a mild heart attack? Did he hurt his back playing football or swimming? Is he extraordinarily busy preparing for the day, probably next month, when he will be elevated to take over from Hu Jintao as the head of China's Communist Party, or is there some more sinister power struggle happening?

"All have been suggested as explanations on China's buzzing social media sites."

The New York Times notes that while analysts who follow Chinese politics think the transition of power will take place as planned, "at the very least, the atmospherics are turning out to be far messier than envisioned, with officials stumbling to maintain their usual careful choreography."

Reuters quotes an unnamed Chinese government source that lends some official sanction to the back-injury-while-swimming theory. The news agency quotes yet another unnamed source as saying Xi is "unwell, but it's not a big problem."

Speculation goes farther afield from there, the Times says:

"One media report, since retracted, had it that Mr. Xi was hurt in an auto accident when a military official tried to injure or kill him in a revenge plot. A well-connected political analyst in Beijing said in an interview that Mr. Xi might have had a mild heart attack."

Asked on Tuesday about Xi's health, Foreign Ministry spokesman Hong Lei said: "I have already answered reporters' questions on this many times. I have nothing new to add."

Asked whether Xi was even alive, Hong appeared to scoff at the question.

"I hope you can ask a serious question," he said, according to Reuters.

NPR's Louisa Lim spoke with Steve Tsang, a China specialist at the University of Nottingham.

"The most likely scenario is that Xi Jinping is suffering from a medical condition which makes it impossible for the Communist party to parade him on television," Tsang told Lim, who is based in Beijing. "But because the party does not enjoy very strong credibility in terms of telling the truth, anything short of seeing him on television is not likely to be convincing enough [for most people in China.]"

Andrew Nathan, a professor of political science at Columbia University, told Lim that the Chinese Communist Party's credibility has taken a hit over the sensational trial of Gu Kailai, the wife of former Politburo member Bo Xilai. Gu was given a suspended death sentence last month for the murder of British businessman Neil Heywood.

Bo's fate, however, remains in limbo.

"The theory I have is that Xi Jinping is busy working out, figuring out, negotiating a solution to the Bo Xilai case," Nathan says.