Accessibility links
Netanyahu Says World Has No 'Moral Right' To Stop Israel From Attacking Iran : The Two-Way The Israeli prime minister sharpened his words, signaling a deeper rift with Washington on how to handle Iran's nuclear program. 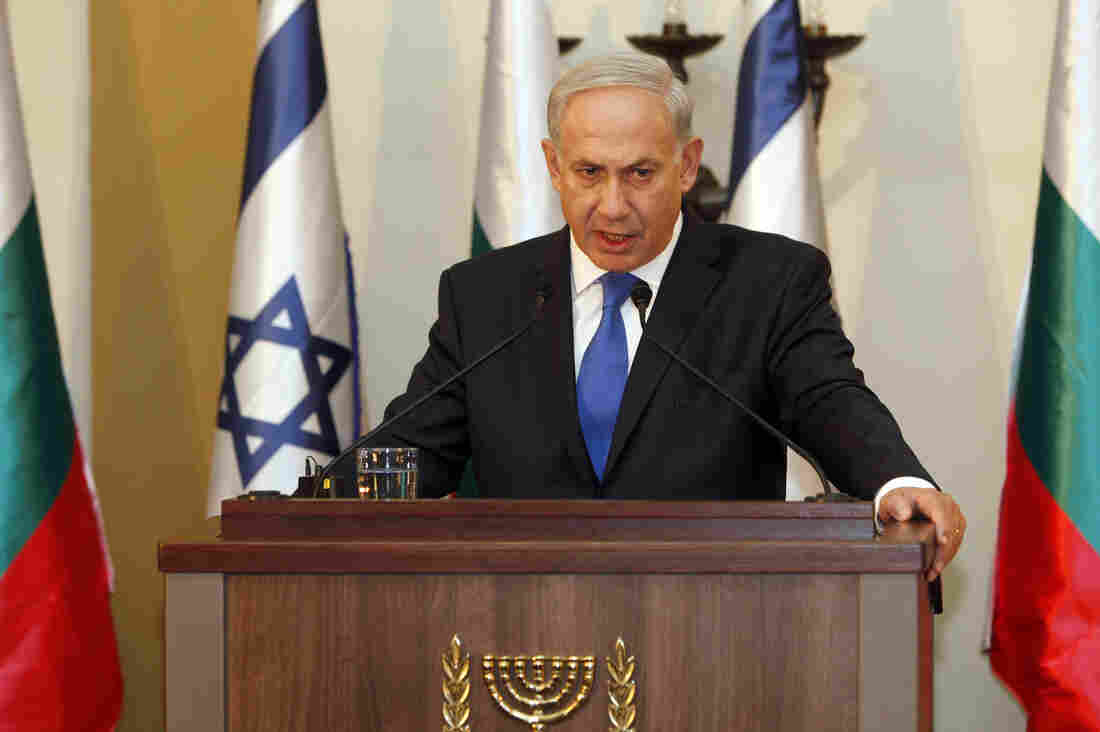 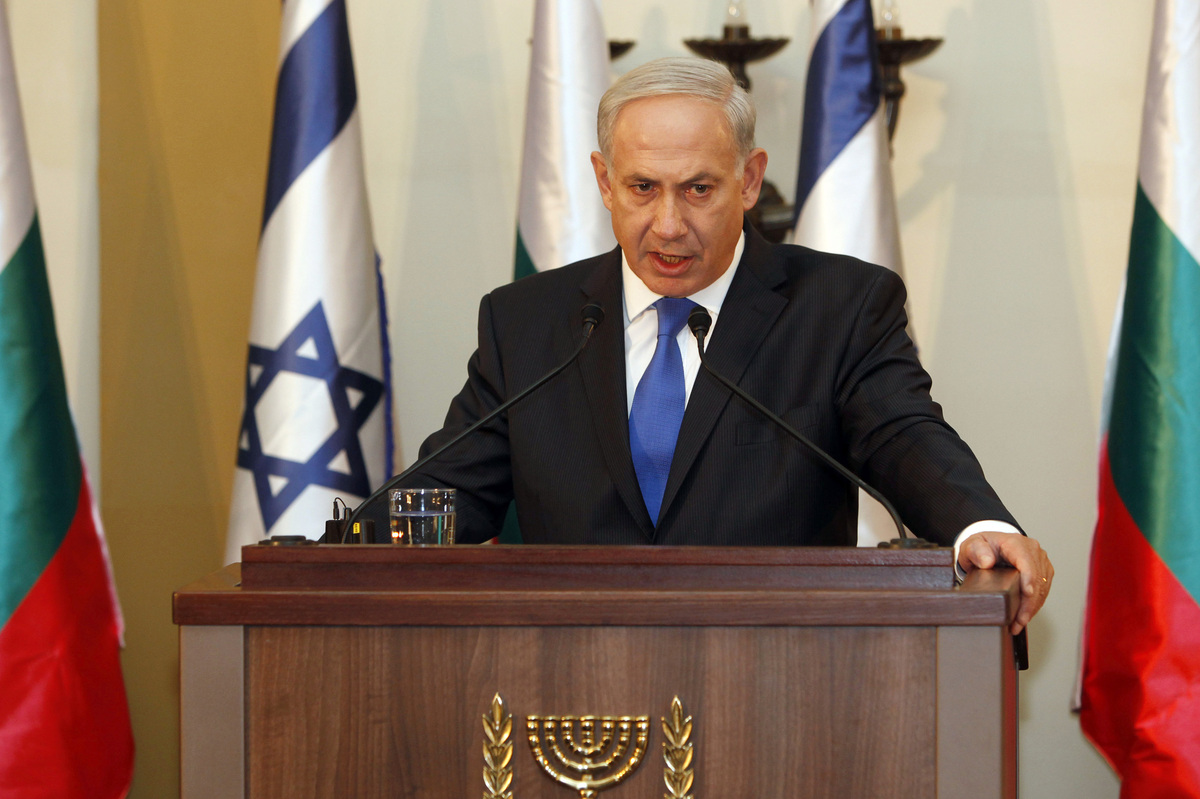 Israeli Prime Minister Benjamin Netanyahu speaks during a joint press conference with his Bulgarian counterpart Boyko Borissov, not seen, in Jerusalem on Tuesday.

Comments from Prime Minister Benjamin Netanyahu are ratcheting up diplomatic tension between Israel and the United States.

During a joint press conference in Jerusalem with Bulgarian Prime Minister Boyko Borisov, Netanyahu expressed his frustration with how world powers are handling Iran and its nuclear program.

"The world tells Israel 'wait, there's still time'. And I say, 'Wait for what? Wait until when?' Those in the international community who refuse to put red lines before Iran don't have a moral right to place a red light before Israel," Netanyahu said.

From Tel Aviv, Lourdes Garcia-Navarro tells our Newscast desk this is the latest in "an increasingly strident and public war of words with the United States."

Iran has maintained that its nuclear program is for peaceful purposes, but Israel and others say Iran is chasing nuclear weapons capabilities.

As The Washington Post notes, despite the fact that Netanyahu did not name the United States, he was reacting to an interview given by Secretary of State Hillary Clinton over the weekend. Clinton said that the U.S. is "not setting deadlines" and that diplomacy is the best way forward when it comes to Iran.

This also comes on the heels of a report from the AP that says the International Atomic Energy Agency has found that over the past month, "Iran has moved further toward the ability to build a nuclear weapon."

The New York Times reports that Netanyahu criticized the U.S. approach to Iran, specifically the long list of sanctions meant to encourage Iran to comply with demands from the United Nations.

"The fact is that every day that passes, Iran gets closer and closer to nuclear bombs," Netanyahu said according to the Times.

The Times also notes that it is unclear what "red lines" mean for Israel. It reports:

"In general, for Israel, the red line would be Iran achieving the capability to produce nuclear weapons in a location invulnerable to Israeli attack. But Israeli officials have long said that the Israeli and American "clocks" tick at a different pace on Iran. The United States, for example, could wait longer to launch an attack and could have a deeper reach because of its superior military capabilities.

"Israeli experts say that for Israel, all the previous red lines have been crossed already and that setting more lines might be meaningless, because international intelligence agencies may not know immediately if Iran has overstepped them."

Bradley Burston, of Haaretz, has an interesting read on the politics of it all. Netanyahu, he said, is betting that President Obama will lose the elections this coming November and Mitt Romney will embrace a more hawkish stance.

But, Burston writes, Netanyahu made that bet when Obama was "on the ropes." Now that Obama is surging, Burston says he hopes Netanyahu recalibrates and that he does so quickly.

Earlier today, Haaretz made a splash with a report that the White House had rejected a meeting with Netanyahu while he was at the U.N. in New York later this month.

The New York Times reports the White House confirmed that Obama and Netanyahu would not meet but that it had nothing to do with Netanyahu's statements, instead, it was due to a scheduling problem.

The White House added that Netanyahu would meet with Secretary Clinton and other officials.

Update at 9:35 p.m. ET. White House Says No Request To Meet In Washington:

In a statement late Tuesday, the White House said "contrary to reports in the press, there was never a request for Prime Minister Netanyahu to meet with President Obama in Washington."