Accessibility links
Chicago Mayor Emanuel Does Not Like Nickelback, Spokesperson Says : The Two-Way In a pop culture slur, the mayor of Chicago was accused by picketers of liking the Canadian rock band.

Chicago Mayor Emanuel Does Not Like Nickelback, Spokesperson Says

Chicago Mayor Emanuel Does Not Like Nickelback, Spokesperson Says 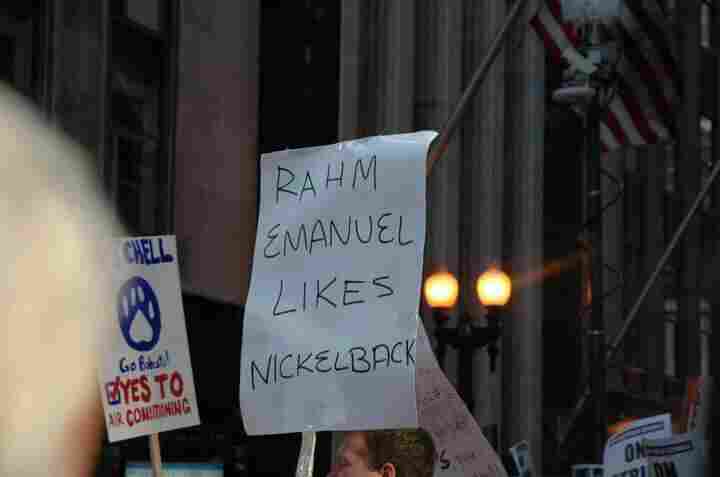 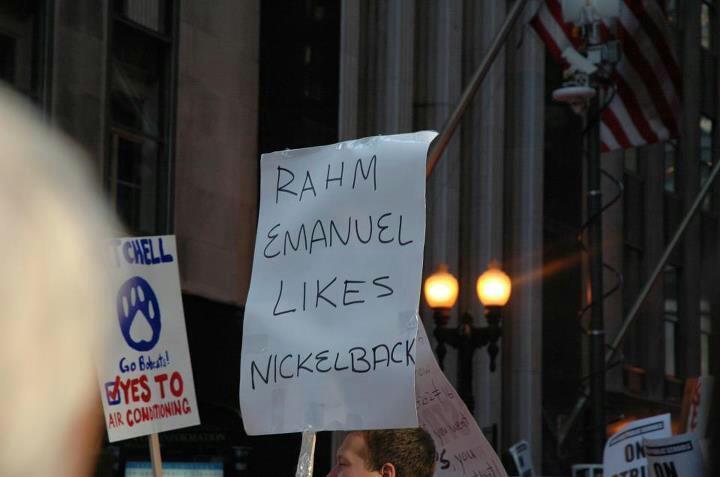 A sign seen during a protest by the Chicago Teachers Union.

The strike going on in Chicago is serious: 350,000 students are locked out and we brought you the news in a post from this morning.

We'll get back to real news in a little. First, here's a bit of levity:

There is a picture from the picket lines on Monday that had Daniel Strauss, who tweeted it, saying, "Civility has disappeared in Chicago Teachers Union protests."

The sign was written in all caps: "RAHM EMANUEL LIKES NICKELBACK."

Nickelback, if you're not of that persuasion, is a popular Canadian rock band, which is not entirely unfamiliar with this kind of controversy. Back in 2011, Detroit Lions fans actually started a petition to have the band removed from a half-time show.

But, alas, this protest sign — and pop culture slur — would be rated "false" if checked out by Politifact. The mayor's spokesperson responded with one word when the Chicago Redeye asked if Emanuel liked Nickelback: "No."