Accessibility links
Striking Chicago Teachers And City Still 'Miles Apart' On Contract : The Two-Way The union president says the two sides have made incremental progress but no deal was in sight as teachers continued to man the picket lines. 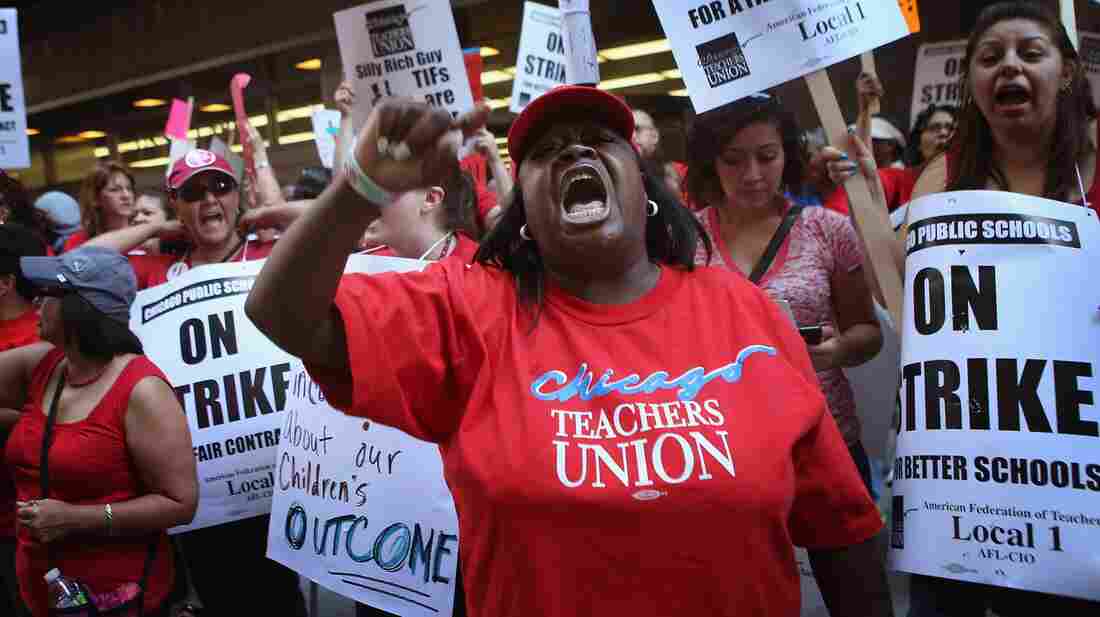 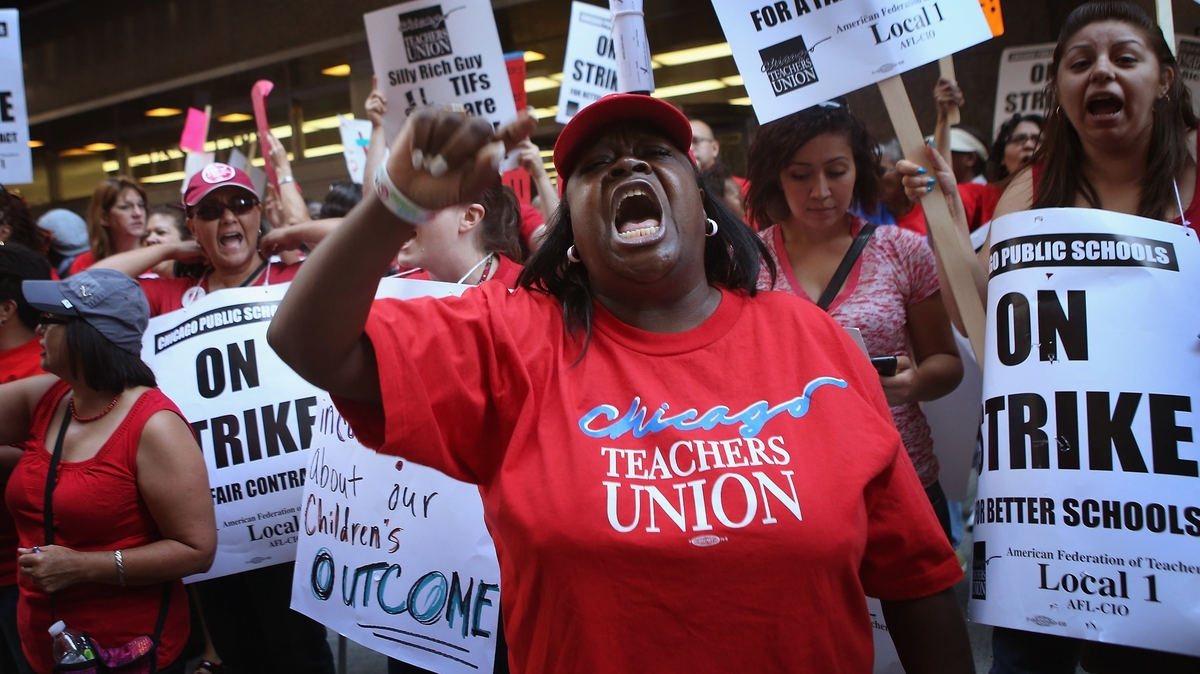 Chicago public school teachers and their supporters picket in front of the Chicago Public Schools headquarters.

As a strike by Chicago's schoolteachers enters a third day, the president of their union says negotiators are still "miles apart" from an agreement to get 350,000 students back in the classroom, the Chicago Tribune reports.

The talks were set to resume Wednesday morning, but Chicago Teachers Union President Karen Lewis said there had been only "centimeters" of progress and that the union and city were still "kilometers apart."

Switching from the metric analogy, she acknowledged that there had been some progress, but that the two sides were still "miles apart."

Chicago Public Schools board President David Vitale said the district is waiting for a written response to the latest proposal offered up by the city or for a written counter-proposal from the union.

Teachers continued to walk the picket lines Wednesday. Among other things, they are angered by the city's move to institute a new teacher evaluation system tied to student performance that they say relies too heavily on standardized test scores.

"... the teachers Tuesday were lowering expectations for an agreement, buoyed by energetic rallies in which even parents inconvenienced by the strike waved placards in support. Other unions were joining in, with school custodian representatives saying their members will walk off the job this week as well."

"School officials also took steps to prepare for a long haul, despite persistent assertions by Mayor Rahm Emanuel and others that the strike was 'unnecessary' and could be resolved quickly. The school district in the country's third largest city announced that, beginning Thursday, the 147 drop-off centers where students can get free breakfast and a morning of supervision will be open six hours a day rather than four."

The Chicago Sun Times questioned whether the city could pay for any agreement that might be reached:

"There's no easy give in the budget, because [the Chicago Public Schools] already depleted its rainy day "reserve" fund to help plug a $665 million deficit this school year.

"And if officials eke out enough cuts to pay for the cost of teacher raises this school year, a $1 billion deficit — and no 'reserve' cushion — awaits them next school year, when a pension relief package expires."