Accessibility links
Monkey, New To Science, Found In Central Africa : The Two-Way A scientist discovered the first lesula specimen being kept as a pet in the Democratic Republic of Congo in 2007. 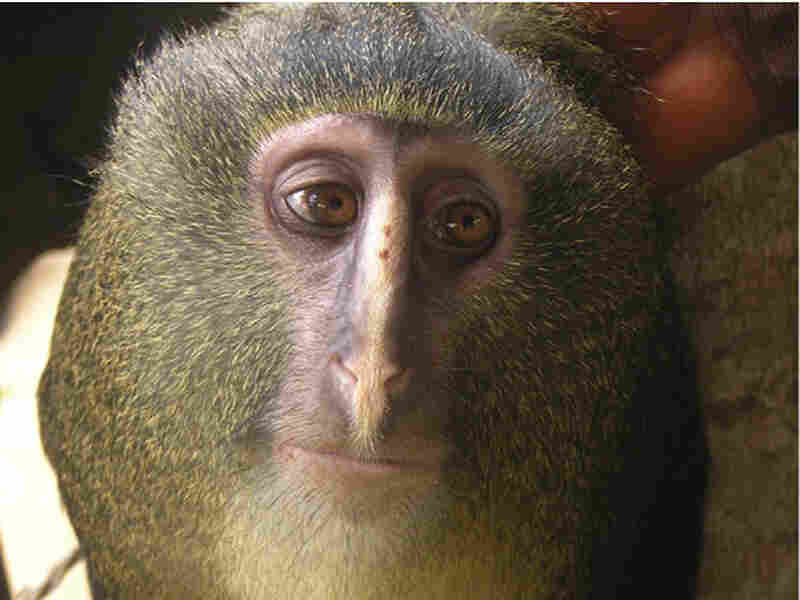 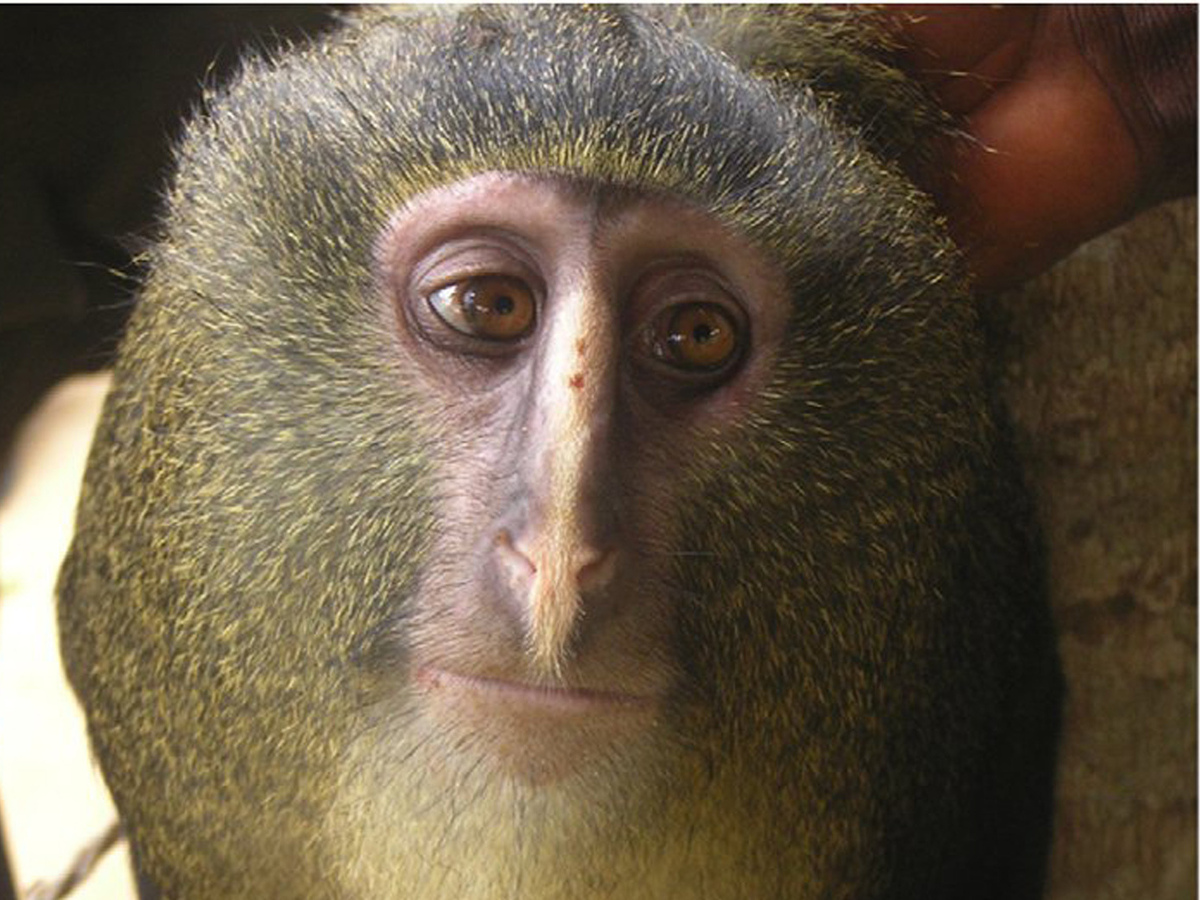 Researchers have identified a new species of African monkey, locally known as the lesula.

It would seem difficult to overlook something as large as a new species of monkey, but scientists had no idea about the lesula until just a few years ago when conservation biologist John Hart discovered a specimen being kept as a pet in the Democratic Republic of Congo.

In retrospect, the monkey's striking, almost humanlike face should have made it hard to miss, and Hart, who spoke with All Things Considered host Melissa Block, is the first to admit that this new monkey was apparently not such a mystery to the Congolese themselves.

"As we talked to the local hunters ... we realized that this animal was well-known to the locals," he says.

That was in 2007. The monkey was being kept by the daughter of a school director in the town of Opala, in central Congo.

It had become "quite attached to her, quite attached to living in their little compound," he says. "It played with the dogs and the goats and the chickens and ate the same scraps from the kitchen that those other animals were eating."

After finding the specimen, Hart and his colleagues wanted to make sure it was really a new species before unveiling the primate to the wider scientific community.

"It was a young animal we started with and you can always be fooled by something young, so we wanted to see it grow up," he says.

Observations and genetic tests helped clinch the verdict: The lesula was indeed a new species, at least as far as science was concerned.

Hart's team then spent a few more years trying to piece together "its habits, its ecology, its range," he says. But that wasn't easy.

"They are shy, so when we started this study, we were getting relatively brief glimpses of them because they could detect us before we could detect them," he says.

Among other things, the scientists determined that lesula females average about 9-10 pounds, while males can reach as much as 16 pounds. Also, the animals spend a lot of time on the forest floor, which is unusual for a monkey, Hart says.

The discovery was published in the journal PLOS ONE. The journal says it's only the second time in 28 years that a new species of African monkey has been identified.