Accessibility links
The First Amendment: Why The Muhammad Film Is Protected Speech : The Two-Way Free speech is not absolute. But the sweeping nature of the First Amendment puts the United States at odds with most of the world.

The First Amendment: Why The Muhammad Film Is Protected Speech

The First Amendment: Why The Muhammad Film Is Protected Speech 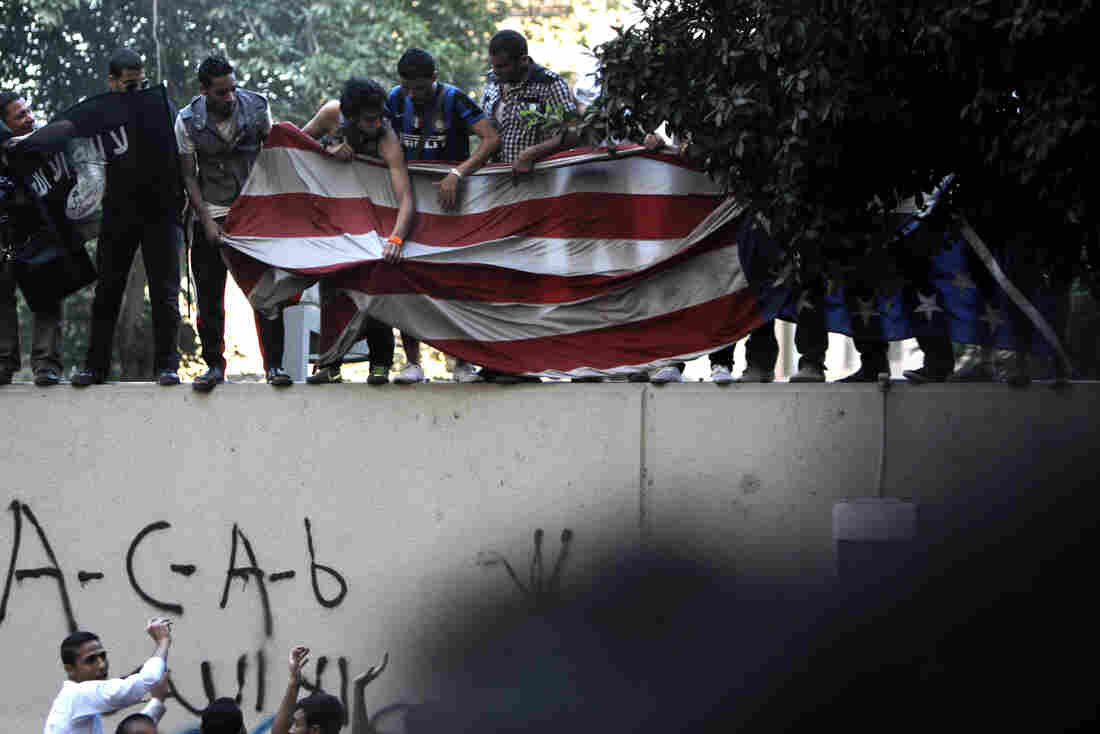 Protesters carry an American flag pulled down from the U.S. embassy in Cairo, Egypt on Tuesday. Nasser Nasser/AP hide caption 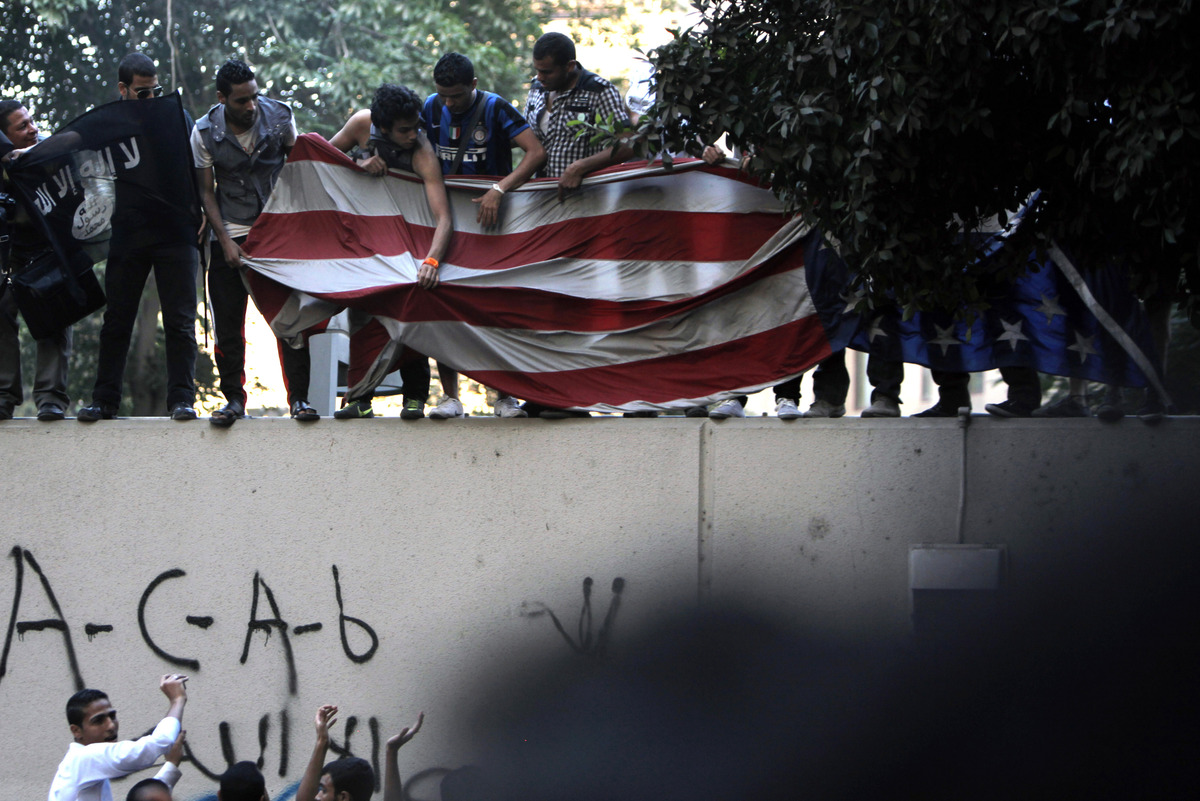 Protesters carry an American flag pulled down from the U.S. embassy in Cairo, Egypt on Tuesday.

The First Amendment guarantee of free speech is in the spotlight this week. If you haven't kept up, a U.S.-produced film depicting the Prophet Muhammad in a less than flattering way has inflamed the Arab world.

In a lot of ways, the story is showing how the sweeping nature of the First Amendment puts the United States at odds with most of the world.

That rift was perhaps most evident when you compare the statements of Egypt's Islamist President Mohamed Morsi and that of Secretary of State Hillary Clinton.

Morsi asked the United States to take legal action against the makers of the film, and Clinton said this country doesn't punish its citizens over their speech.

"I know it is hard for some people to understand why the United States cannot or does not just prevent these kinds of reprehensible videos from ever seeing the light of day," she said. "In today's world with today's technologies, that is impossible. But even if it was possible, our country does have a long tradition of free expression which is enshrined in our constitution and our law.

"And we do not stop individual citizens from expressing their views no matter how distasteful they may be."

Of course free expression is not absolute. There's a tome of Supreme Court cases dating back to 1942 that examine the limits of protected speech.

We called David Hudson, a professor at Vanderbilt University and a First Amendment scholar at the First Amendment Center. We wanted to understand why this film would be considered free speech.

Hudson said that under our current interpretation, there is very little doubt in his mind that the film is protected by the First Amendment.

One of the cases courts use to test whether speech is protected comes from 1969. In Brandenburg v. Ohio, the Supreme Court looked at the case of Clarence Brandenburg, a member of the Ku Klux Clan, who gave a speech after a march in Cincinnati. Hudson wrote at length about the case for its 40th anniversary. He explains that during the speech, Brandenburg made "disparaging remarks about blacks and Jews" and threatened "revengeance" if the government continued to suppress white people.

Police arrested Brandeburg and he was convicted for violating a law that prohibited the advocacy of violence and crime as means to achieve political reform.

In a unanimous decision, the Supreme Court decided in favor of Brandenburg ruling that speech cannot be illegal unless it "is directed to inciting or producing imminent lawless action and is likely to incite or produce such action."

Hudson tells us the word "imminent" is key. As we detailed yesterday, the Muhammad film was uploaded to YouTube in early July. The violence it incited didn't happen until this past Tuesday and it happened overseas, which Hudson says adds another wrinkle.

Hudson says that it would also be hard to argue that at the moment the film was made, it was intended to incite this particular violence.

Taking all of this into account, The Christian Science Monitor asks a provocative question: In a global world, where the American ideals of free speech are being broadcast through YouTube and Facebook, can they coexist with Islam's reverence for Muhammad?

"A recent Public Religion Research Institute survey found that 47 percent of Americans say the values of Islam are at odds with American values," The Monitor reports. "Yet among US Muslims, 6 in 10 say they see no conflicts between being a devout Muslim and living in modern society – precisely the same ratio as devout American Christians answering the question in the same way, according to a 2011 Gallup poll."

Also, the Monitor reports, most Muslims don't support the kind of violent outburst that has emerged because of this video.

"The vast majority of Muslims would definitely be offended by the movie, but I don't think the vast majority of people support to any degree the notion that the US ambassador should be targeted," Mohamed Younis, a senior analyst at the Gallup Center for Muslim Studies, told the Monitor. "In Egypt, there's an overwhelming majority of people who say you cannot target civilians, and similarly in Libya, we don't see any overwhelming support for the idea that [blaspheming the Prophet should lead to] targeting and killing civilians."