Accessibility links
Chicago Teachers Say They Have Outline Of A Deal To End Strike : The Two-Way Negotiators for the Chicago teachers union and the public school system appear closer to a possible contract agreement, but the strike continues for a fifth day. 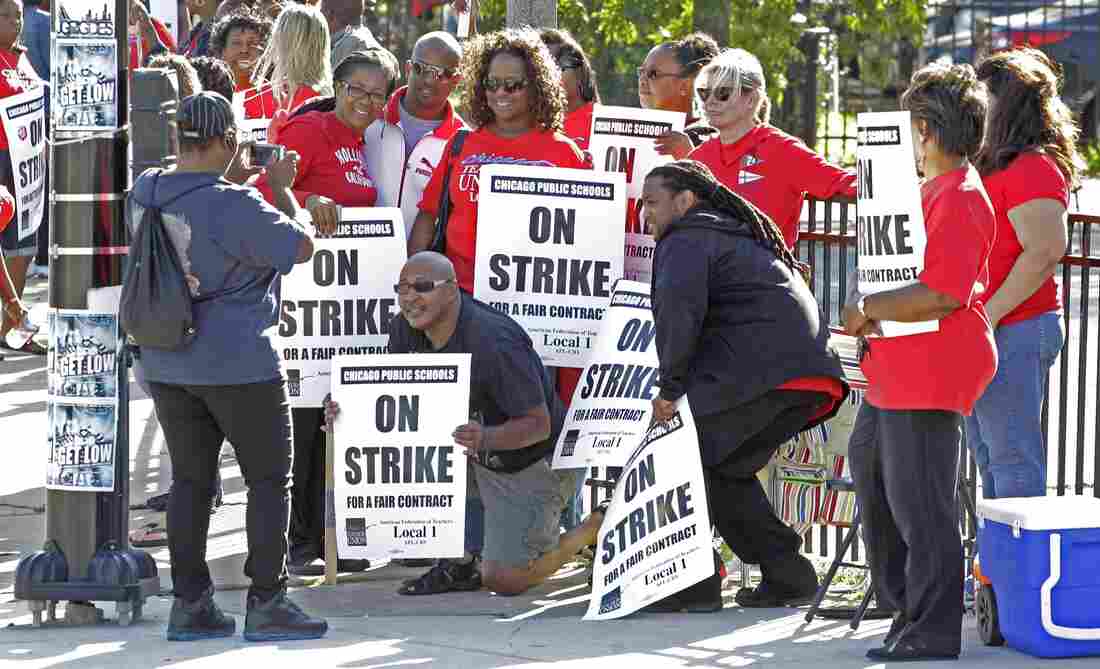 Chicago public school teachers pose for a photo on a picket line as their strike extends into a fifth day. M. Spencer Green/AP hide caption 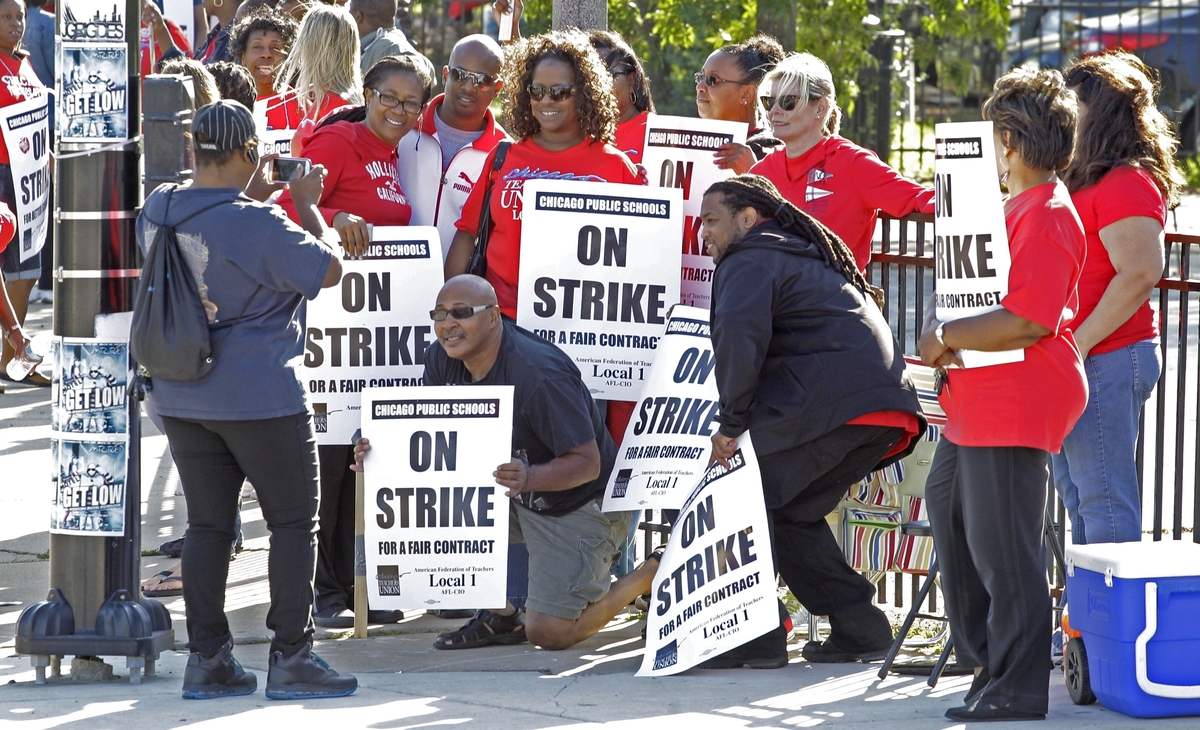 Chicago public school teachers pose for a photo on a picket line as their strike extends into a fifth day.

NPR's Ken Barcus says that no settlement is expected today. The most likely scenario is a contract vote sometime on Sunday, he says.

The Chicago Tribune reports quotes a union attorney who said that the outlines of an agreement are there, but a vote on ending the strike is not likely until Sunday.

Despite yesterday's optimism coming from both Chicago teachers' union head Karen Lewis and the school board chief, David Vitale, there's no tentative agreement in the teachers' strike against the city's public school system.

NPR's Sonari Glinton tells NPR Newscasts one sticking point may be job security. There's concern Chicago may close some schools, and teachers want to know what role principals will play in recalling laid off teachers.

Both sides could be also working out some fine print. Union members meet today to hear the latest proposals, and they might get some real numbers; the Chicago Tribune says negotiators are doing 'number crunching'. The report says union chief Lewis, who had hinted Thursday that teachers could ink a deal and return to work by today, is now less certain of a return to the classroom by Monday.

Vitale emerged from negotiations very early this morning, and told the Chicago Sun-Times that negotiators are "closing a lot of gaps." If they really do bridge their differences and strike a tentative deal today, it could be presented to the teachers' union house of delegates, the body that can approve or reject it. While they wait, rank and file teachers continue to walk picket lines.

NPR's Claudio Sanchez, who covers education, tells us that Chicago teachers' union head Karen Lewis is set to meet with the union's "house of delegates" at 3 p.m. ET. It's a group of 700 teachers that may get an opportunity to approve a new contract with majority vote.

Claudio has also been talking to many rank-and-file union members who see "this strike as the perfect opportunity to say 'enough is enough.'"

"Anthony Codi is a former teacher and activist opposed to the Bush-era 'No Child Left Behind' law and President Obama's Race To The Top policies who says 'it's up to the teachers of Chicago, Los Angeles, New York, Oakland everywhere else to lead from the bottom and that's what teachers in chicago are doing..and i think there's a lot of us ready to follow them.'"

In other words, Claudio tells us, teachers are saying its up to the rank-and-file, not the national union leadership, to shield them from pay for performance or schemes that tie teacher evaluation to students' test scores.