Accessibility links
Chicago's Mayor Emanuel Asks Court To Order Teachers Back To School : The Two-Way The city argues that the strike is prohibited by state law. Teachers want more time to consider a tentative contract. One of the key issues concerns an evaluation system that bases much of teachers' pay on students' standardized test scores. 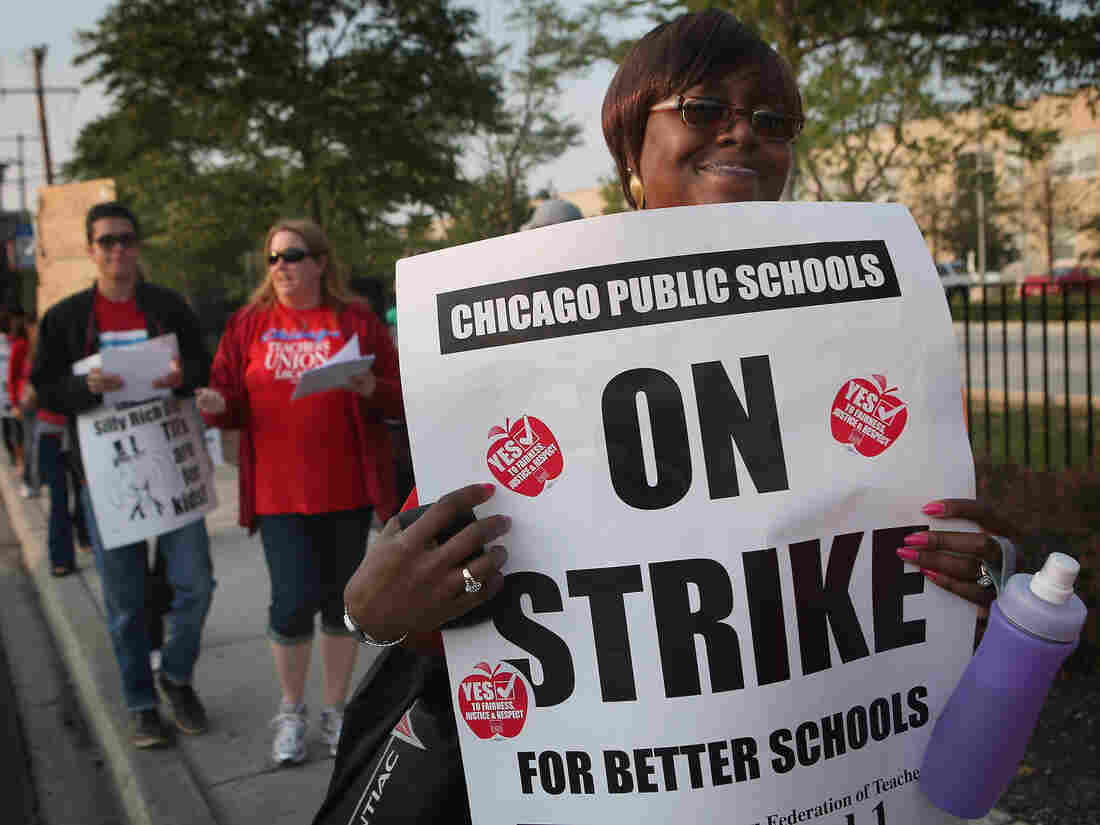 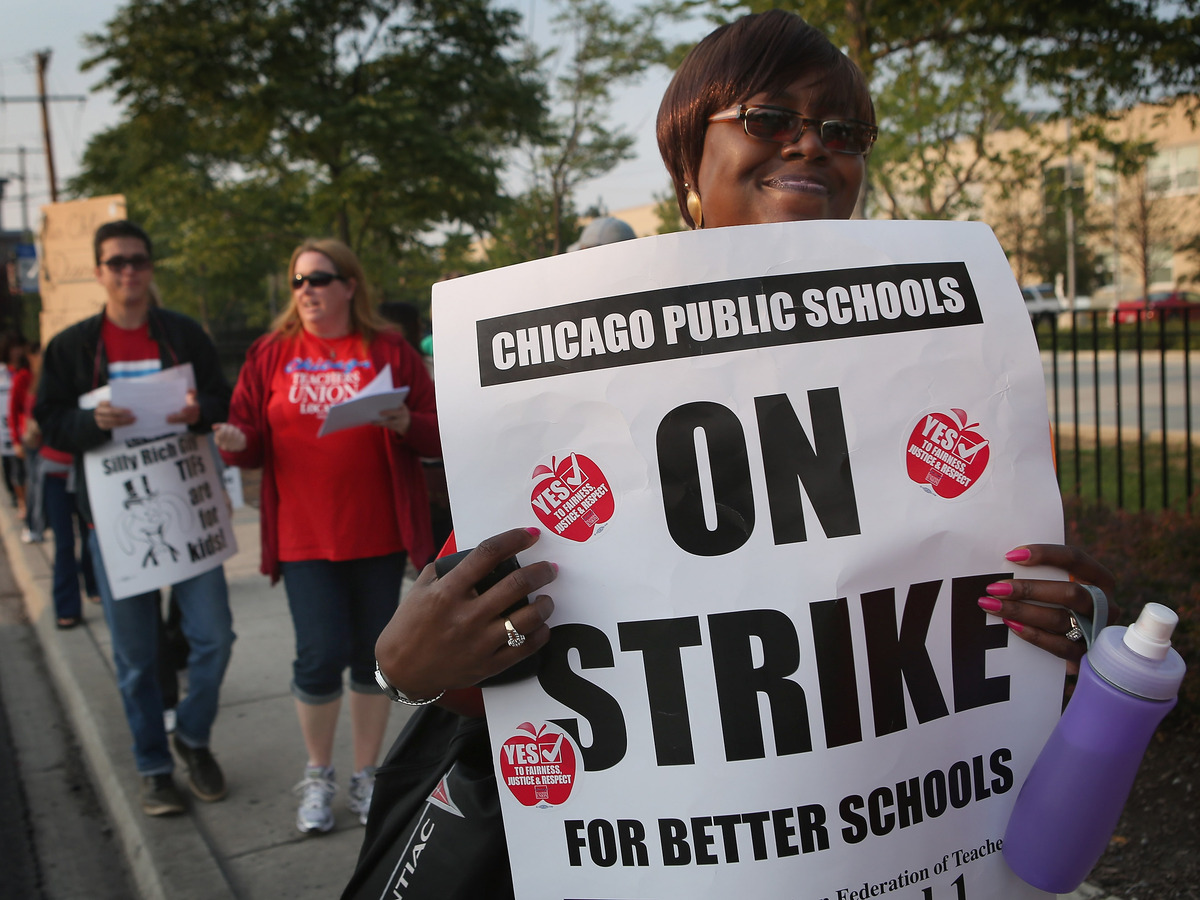 Following through on what he said he would do if the city's teachers didn't end their week-old strike and return to their classrooms, Chicago Mayor Rahm Emanuel has asked a judge to intervene.

"The complaint argues that the Chicago Teachers Union is prohibited by state law from striking over non-economic issues and that the strike is a clear and present danger to public health and safety. It asks that CTU members be ordered off the picket line and back into classrooms."

It adds that "the suit was randomly assigned to Judge Peter Flynn in the Chancery Division. No hearing time has yet been scheduled."

As The Associated Press recounts, there is a proposed contract on the table. But the union's House of Delegates has decided to take at least two more days to consider the agreement. Among the most contentious issues, AP says, is:

"A new teacher evaluation system that eventually could be based up to 35 percent or more on students' standardized test scores. Teachers say that does not take into account external factors that affect performance, including poverty, violence and homelessness. They argue it could result in 6,000 teachers losing their jobs within two years."