Accessibility links
Did Jesus Have A Wife? Newly Discovered Ancient Text Reignites Debate : The Two-Way A Harvard researcher says a "new gospel" written on a fragment of papyrus shows some early Christians believed he had a wife. 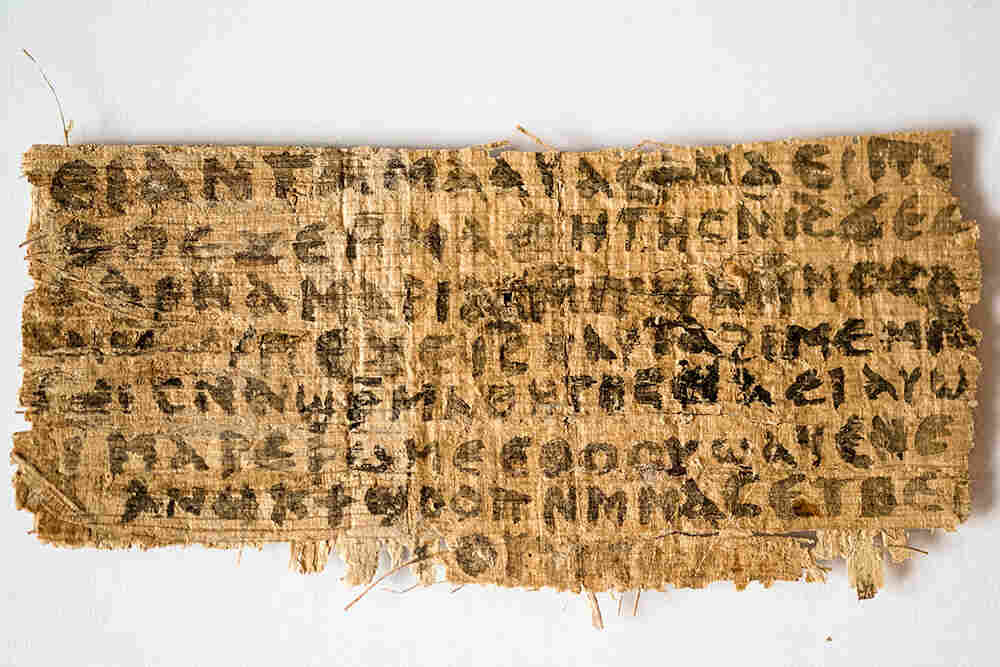 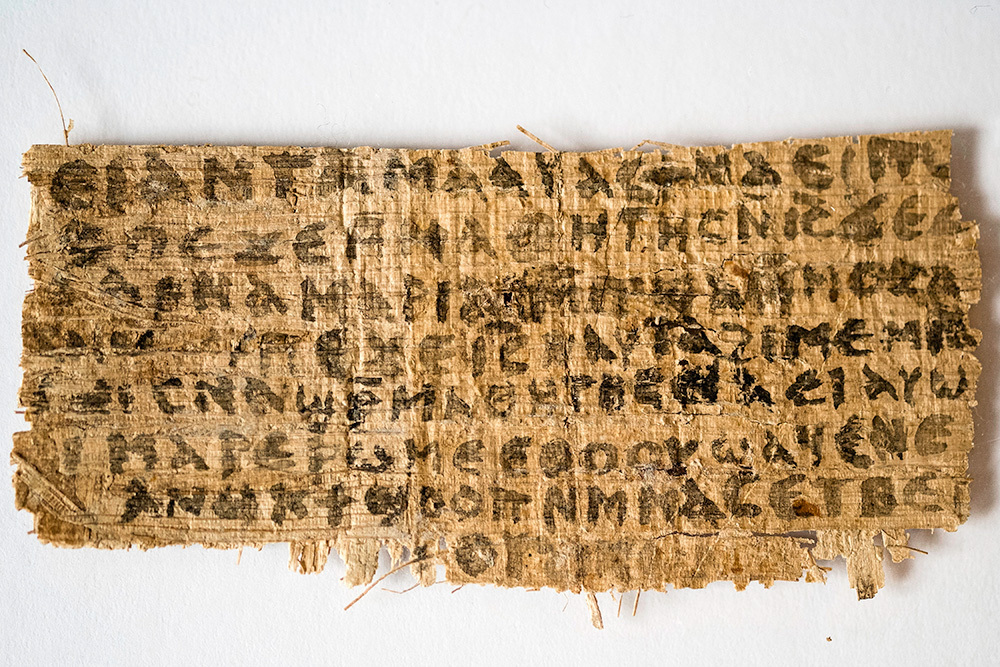 The front of the papyrus fragment.

An ancient piece of text is reviving an equally ancient debate: Was Jesus Christ married?

Of course, most Christians believe that he wasn't. But today, Harvard Professor of Divinity Karen King presented a scrap of papyrus that dates back to the fourth century. She told a gathering of scholars in Rome that written in Coptic was this surprising sentence: "Jesus said to them, 'My wife...' "

"Christian tradition has long held that Jesus was not married, even though no reliable historical evidence exists to support that claim," King said in a press release. "This new gospel doesn't prove that Jesus was married, but it tells us that the whole question only came up as part of vociferous debates about sexuality and marriage. From the very beginning, Christians disagreed about whether it was better not to marry, but it was over a century after Jesus' death before they began appealing to Jesus' marital status to support their positions."

King adds that this new gospel also tells us that some early Christians believed that Jesus was indeed married.

The New York Times reports that the provenance of the fragment is not known because the owner asked to remain anonymous. Still, the Times reports, this ancient debate is relevant today:

"Even with many questions unsettled, the discovery could reignite the debate over whether Jesus was married, whether Mary Magdalene was his wife and whether he had a female disciple. These debates date to the early centuries of Christianity, scholars say. But they are relevant today, when global Christianity is roiling over the place of women in ministry and the boundaries of marriage.

"The discussion is particularly animated in the Roman Catholic Church, where despite calls for change, the Vatican has reiterated the teaching that the priesthood cannot be opened to women and married men because of the model set by Jesus."

The Washington Post reports that in her announcement in Rome, King said that the Vatican had not yet responded to her findings. Harvard quotes two independent experts who believe the 3-inch fragment is authentic, both after examining the papyrus and the writing and after examining the language and grammar.

King and AnneMarie Luijendijk, an associate professor of religion at Princeton University, will present their hypothesis in the January 2013 issue of Harvard Theological Review journal.

Harvard has posted images of both sides of the fragment along with a line-by-line transcription and translation.

King points out that ultimate confirmation will come from further testing, especially of the chemical composition of the ink.

Update at 10:15 a.m. ET, Sept. 19: On Morning Edition today, NPR's Barbara Bradley Hagerty reported that King says that while the scrap of papyrus is not evidence that Jesus was married, it is "quite clear evidence, in fact, that some Christians, probably in the second half of the second century ... thought that Jesus had a wife."

Barbara also talked with Darrell Bock, a New Testament scholar at the Dallas Theological Seminary, who says the scrap is an extraordinary discovery, but is at this point more of "an asterisk" regarding what is known about Jesus — and not enough to begin considering changes to any church's theology.