Accessibility links
Update: Existing Home Sales And Housing Starts Both Rose In August : The Two-Way Each month this year, builders have been starting work on many more homes than were being built after the housing bubble burst in 2008. Meanwhile, sales and prices of previously owned homes continue to rise. 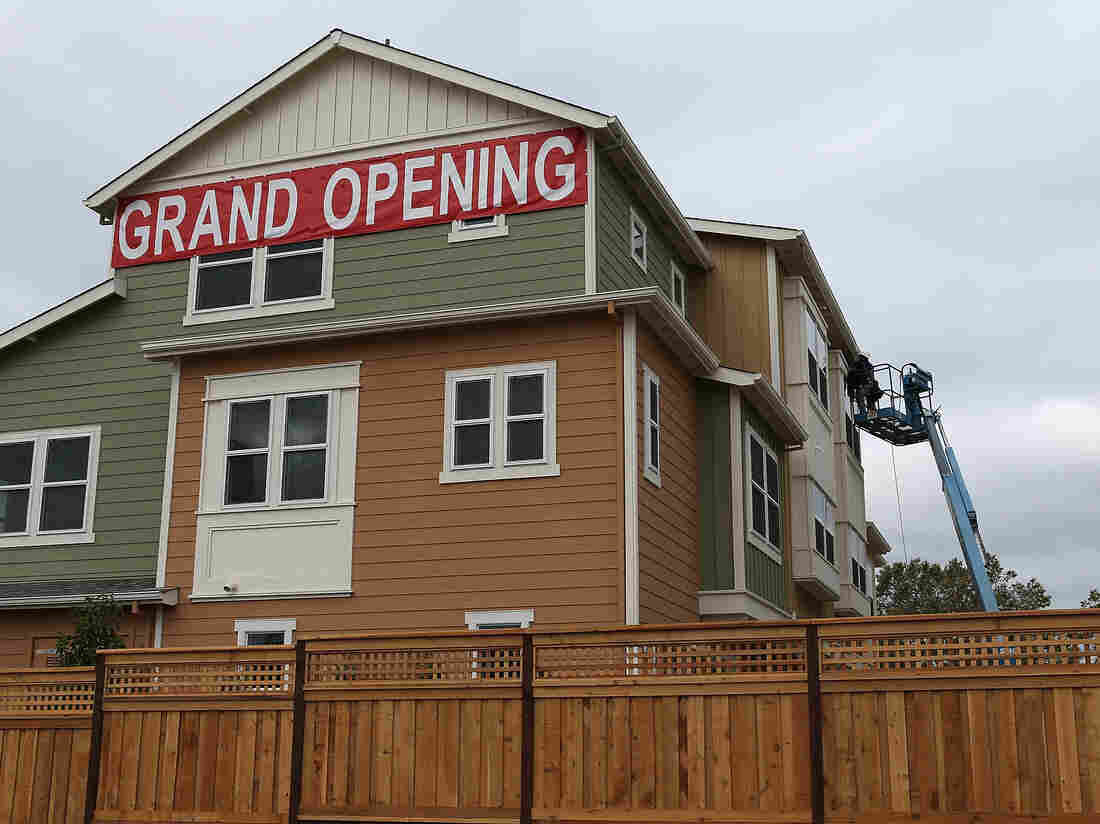 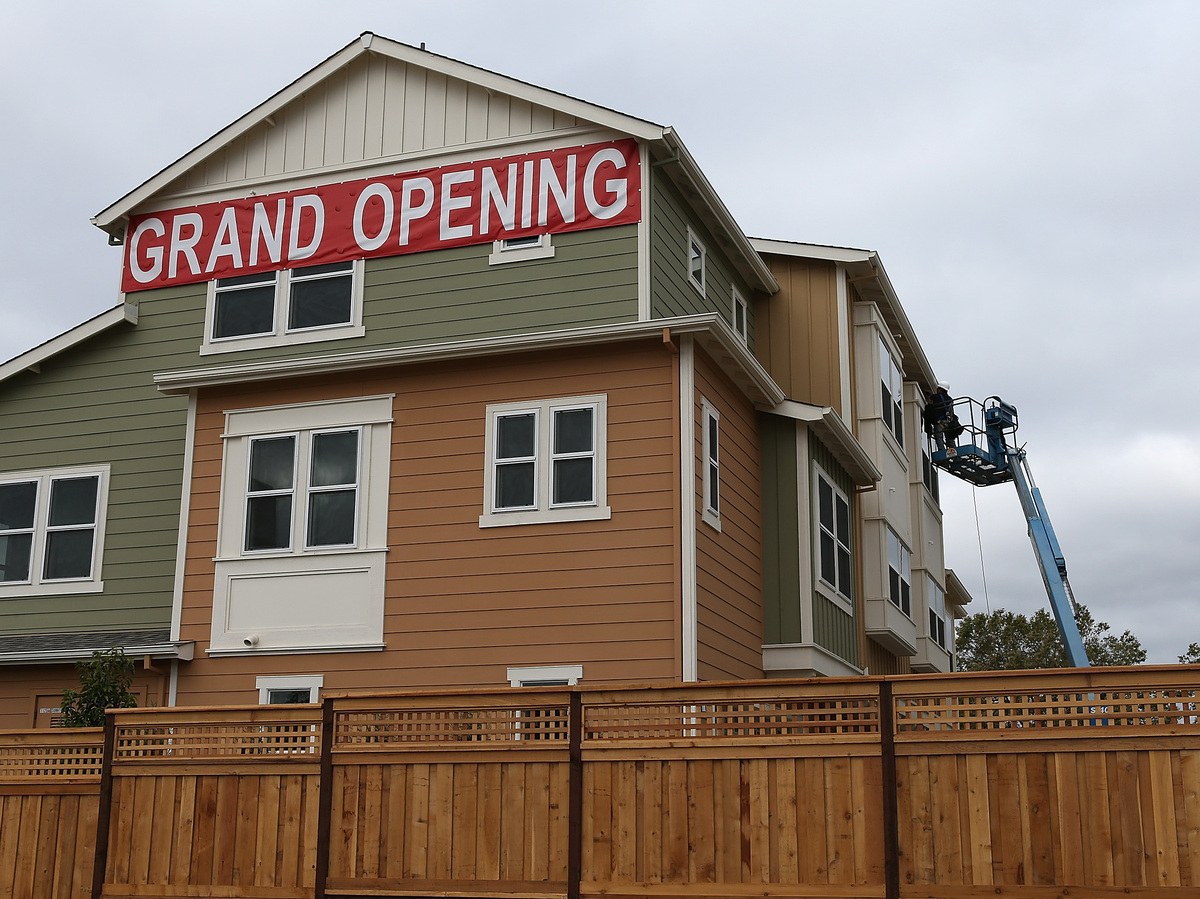 Construction that was underway this summer in San Mateo, Calif.

In the morning's second sign of strength in the housing sector, the National Association of Realtors reports that sales of existing homes rose 7.8 percent in August from July and were 9.3 percent above the pace of August 2011.

What's more, as The Associated Press reports, the adjusted annual rate of 4.82 million homes sold in August is "the most since May 2012, when sales were fueled by a federal home-buying credit."

Builders started work on 2.3 percent more homes in August than in July, the Census Bureau and Department of Housing and Urban Development say.

At a seasonally adjusted annual rate, work was begun on 750,000 single-family homes, apartments and condominiums, vs. 733,000 in July.

Of course, the pace is far below the years before the housing bubble burst in 2008. In 2004 and 2005, it was not unusual to see the rate edge above 2 million units.

We'll hear more about the housing sector later this morning when the National Association of Realtors reports about sales of existing homes in August.

Meanwhile, The Washington Post and The New York Times' Deal Book blog report that mortgage rates, which are already down around 3.55 percent for a 30-year loan, could be below 3 percent if banks weren't holding back.

The Post writes that "banks say they are keeping rates high right now because lowering them any further would overwhelm them with customers. They say that over time, as volume thins out, rates could come down to attract new borrowers." And Deal Book says "the banks aren't fully passing on the low rates in the bond market to borrowers. Instead, they are taking bigger gains, and increasing the size of their cut."