Accessibility links
Colorado's 'Deeply Spiritual' Chimney Rock To Be A National Monument : The Two-Way Pueblos and native Americans from other tribes came to the site for its "lunar standstills" and built homes there more than 1,000 years ago. The new designation will help preserve it.

Colorado's 'Deeply Spiritual' Chimney Rock To Be A National Monument

Colorado's 'Deeply Spiritual' Chimney Rock To Be A National Monument 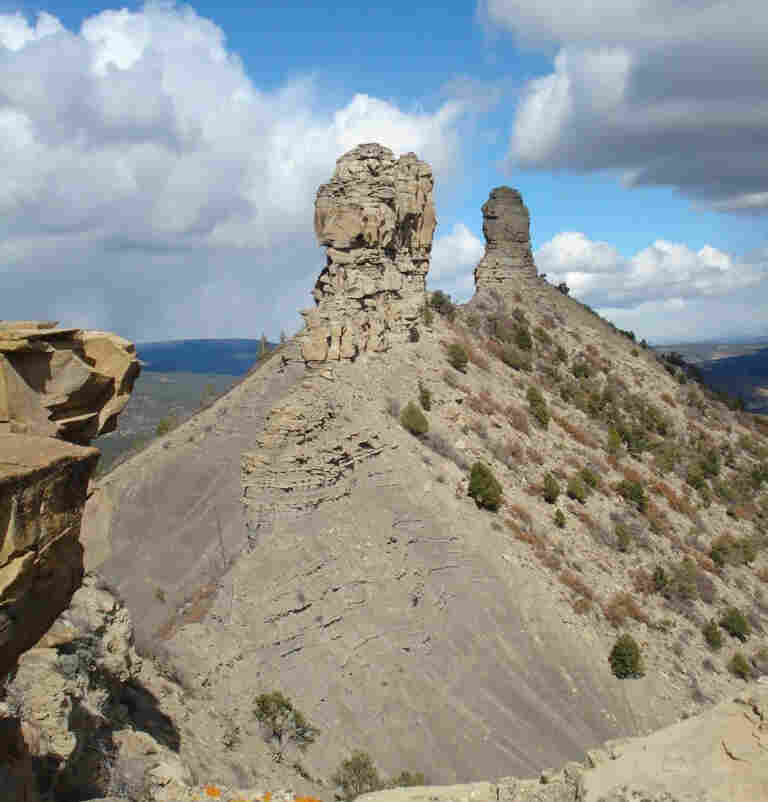 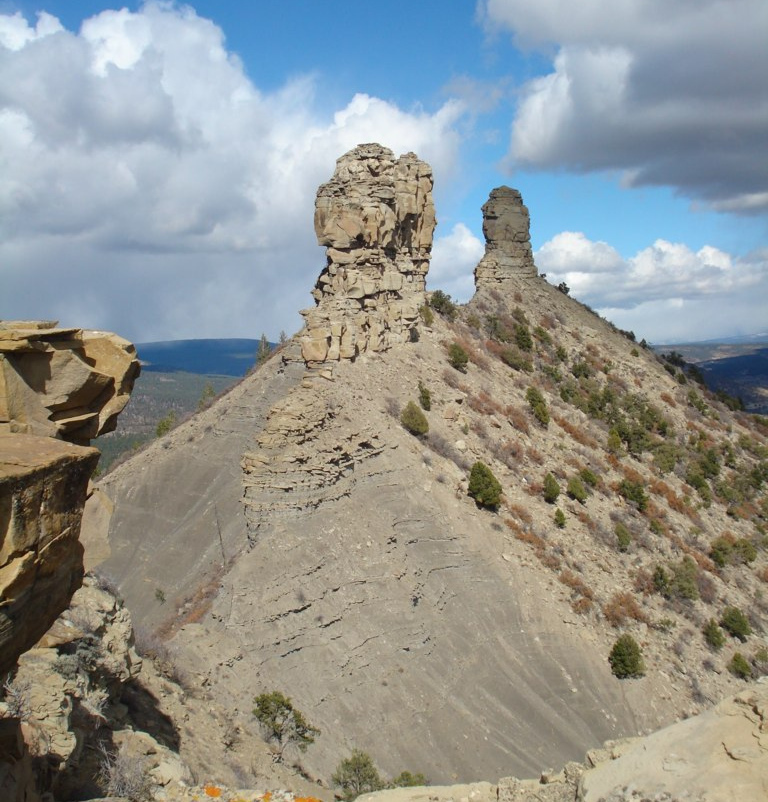 The designation, which President Obama will approve and that has bipartisan support, will help preserve the site.

"Deeply spiritual to the Puebloan people and other tribes. Ancestors used the rock to see 'lunar standstills' — a phenomenon that happens every 18.6 years, when the moon rises exactly between the two stone pillars of Chimney Rock."

In his statement confirming the news, Bennet says Chimney Rock "contains the rare combination of a spectacular geologic formation with extraordinary cultural, historical and archeological significance."

The Chimney Rock Interpretive Association says the site "was home to the ancestors of the modern Pueblo Indians 1,000 years ago and is of great spiritual significance to these tribes. Their ancestors built over 200 homes and ceremonial buildings high above the valley floor, probably to be near the sacred twin rock pinnacles."

According to The Durango Herald, the designation will safeguard "the ruins of a thousand-year-old great house connected to the Chaco Culture of present-day New Mexico" as well as the two spires. The newspaper adds that:

"Leaders of the New Mexico Pueblos that are home to the descendants of Chimney Rock applauded the news.

" 'The story of my tribe, the Pueblo of Acoma, and our history is intimately connected to Chimney Rock. This place is still sacred to my people, and we are glad to see it will now be protected for our children and grandchildren,' said Chandler Sanchez, chairman of the All Indian Pueblo Council, in a news release."

By the way, according to the Interpretive Association "the next opportunity to view the major lunar standstill at Chimney Rock will not be until approximately 2022." What could you see? "At sunset near the day of the Winter Solstice during the major standstill, the full moon rises exactly between the stone pillars, caught in this thin window of sky, and is visible only from this one vantage point."