Accessibility links
Leader Of Amish Sect, 15 Others Found Guilty Of Hate Crimes In Beard Cuttings : The Two-Way Samuel Mullet Sr. insisted his actions and those of his followers were protected religious activity. But a jury agreed with prosecutors that the incidents were hate crimes. Mullet and his followers could each be sentenced to 10 years in prison.

Leader Of Amish Sect, 15 Others Found Guilty Of Hate Crimes In Beard Cuttings

Leader Of Amish Sect, 15 Others Found Guilty Of Hate Crimes In Beard Cuttings 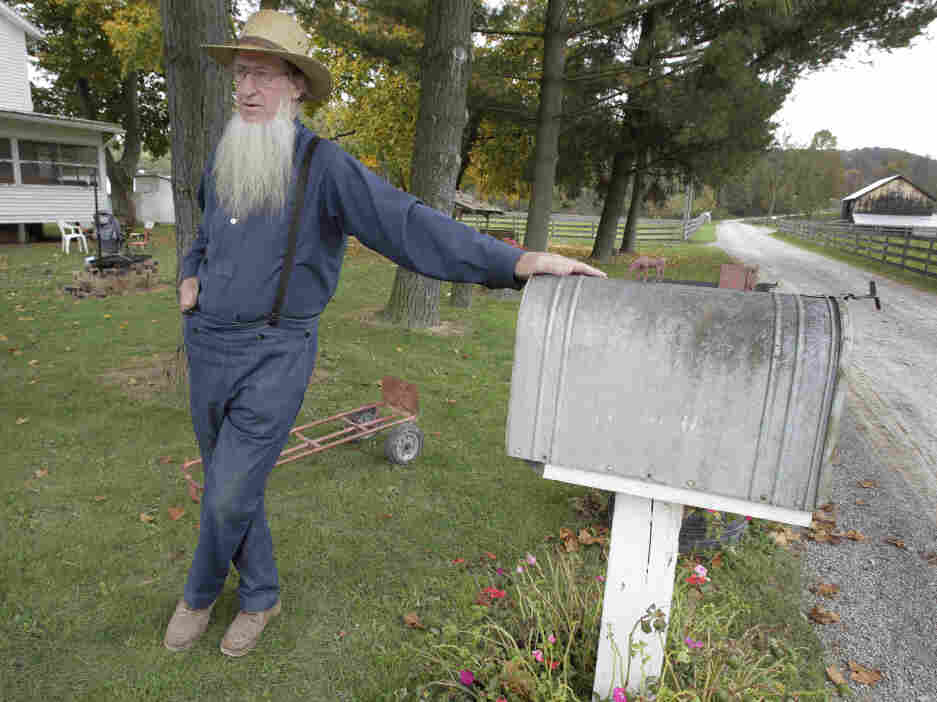 Samuel Mullet outside his home in Bergholz, Ohio, in 2011. Amy Sancetta/AP hide caption

Fifteen members of an Amish breakaway group in Ohio "have been found guilty of hate crimes by carrying out beard- and hair-cutting attacks against fellow Amish in a dispute over religious differences," The Associated Press reports.

According to the wire service, a jury today "also found the sect's leader, 66-year-old Samuel Mullet Sr., "guilty of planning the attacks last fall in eastern Ohio. ... They all face prison terms of 10 years or more."

Sociologist Donald Kraybill told Barbara that Mullet acted much like a cult leader. "He's not accountable to anyone. He's not in fellowship with other Amish groups. He thinks he is invincible," Kraybill said. "So under the guise of religion he is trying to protect himself, so he can do whatever he wants to do."

Mullet tried to make the case that the actions were protected religious activity.

"Mullet's followers are accused of forcibly shearing the beards and hair of perceived enemies in other Amish communities. Prosecutors contend that Mullet orchestrated the attacks. The defendants deny the charges. Their lawyers contend the shearing incidents were intended to bring wayward members back to God and true Amish ways."

Following the verdict, the newspaper added that "the case was the first in Ohio to make use of a landmark 2009 federal law that expanded government powers to prosecute hate crimes. To win convictions, prosecutors had to persuade jurors that the cutting of beards and head hair rose above the level of a simple assault to that of a religious-motivated hate crime."