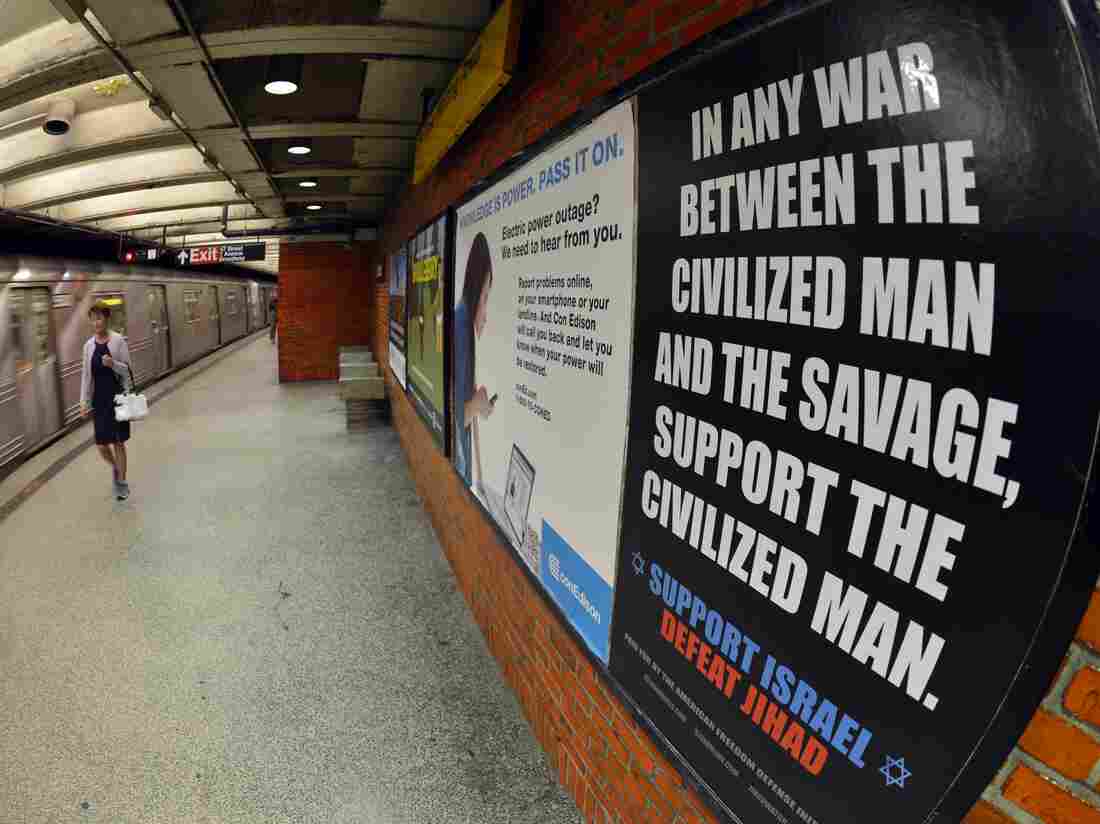 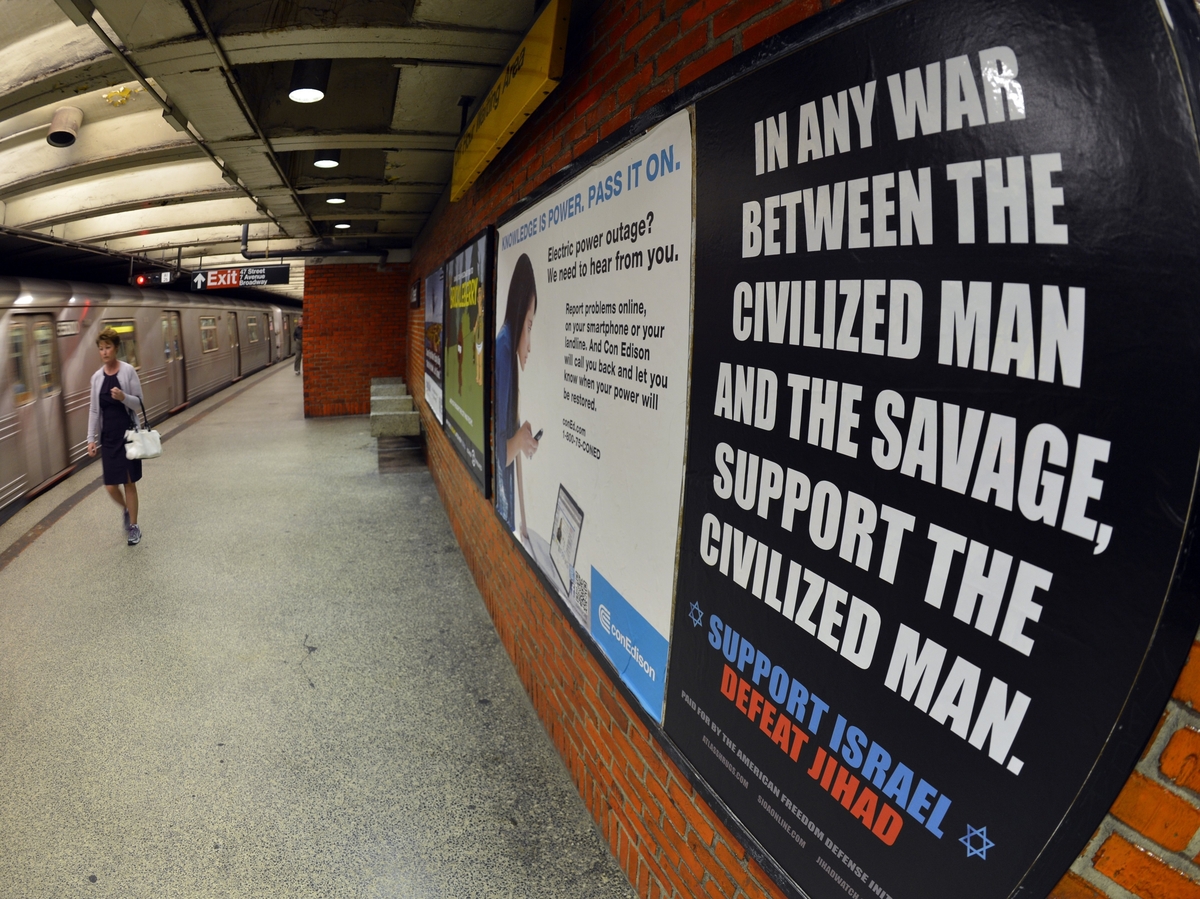 Ads condemning radical Islam went up in the New York City subway system today. The transit authority posted them after losing a legal battle with the ads' sponsor.

As NPR's Joel Rose reported on All Things Considered, the MTA initially rejected the ads, but a U.S. District Court judge ruled barring them would violate AFDI's First Amendment rights.

The ads, which read, "In any war between the civilized man and the savage, support the civilized man. Support Israel, Defeat Jihad," went up in the wake of violent protests abroad over the anti-Islam video that denigrates the Prophet Mohammed.

But as Village Voice blogger James King notes, the posters are also hitting the subway "just in time for day one of the meeting of the United Nations' General Assembly — when people from across the world will be in the Big Apple to see how civilized and accepting New Yorkers are."

It's early days yet, but many New Yorkers, at least, appear to be taking the posters in stride. As Joel reports, most commuters are rushing by without paying much attention.

Conservative blogger and activist Pamela Geller, executive director of AFDI, says the advertisements are not intended to offend "peaceful Muslims," but are targeted only at those who engage in jihad against innocent civilians.

"The tens of thousands of rockets going into southern Israel from Gaza. The blowing up of a bus of Jewish women and children in Bulgaria. The assassination of Ambassador Stevens is savagery," she told Joel. "I will not sacrifice my freedom of speech so as not to offend savages."

The ads also appeared on buses in San Francisco last month. As member station KQED reported, the city's transit authority said it had no choice but to post the ads — but it did counter them with advertisements of its own condemning Geller's message.

"I intend to run these across the country," Geller told Bloomberg Businessweek. "Anywhere that won't run them will be legally challenged."

Next stop: Washington, D.C. Last week, Geller filed a lawsuit to display the ads in 10 Metro stations in the nation's capital.

(April Fehling is a producer for NPR.org.)