Accessibility links
At U.N., Ahmadinejad Lays Out Vision Of New World Order : The Two-Way Iranian President Mahmoud Ahmadinejad used his eighth appearance before the U.N. General Assembly to elaborate on his vision of a new world order and criticize what he calls the world's "hegemonic" and "expansionist" powers.

At U.N., Ahmadinejad Lays Out Vision Of New World Order

In something of a swan song, Iranian President Mahmoud Ahmadinejad used his eighth — and likely final — appearance before the U.N. General Assembly to elaborate on his vision of a new world order and criticize what he calls the world's "hegemonic" and "expansionist" powers.

In general, the Iranian leader took a less confrontational tone than in previous years.

Unlike last year, for example, when he characterized the Sept. 11 attacks as "mysterious" and a "pretext [for the U.S.] to attack Afghanistan and Iraq," Ahmadinejad this year referred to the "tragic incident of Sept. 11" and described Osama bin Laden as "the culprit."

Ahmadinejad used his speech to reiterate a list of injustices against Iran, but in language that was a stark departure from more fiery presentations in the past. 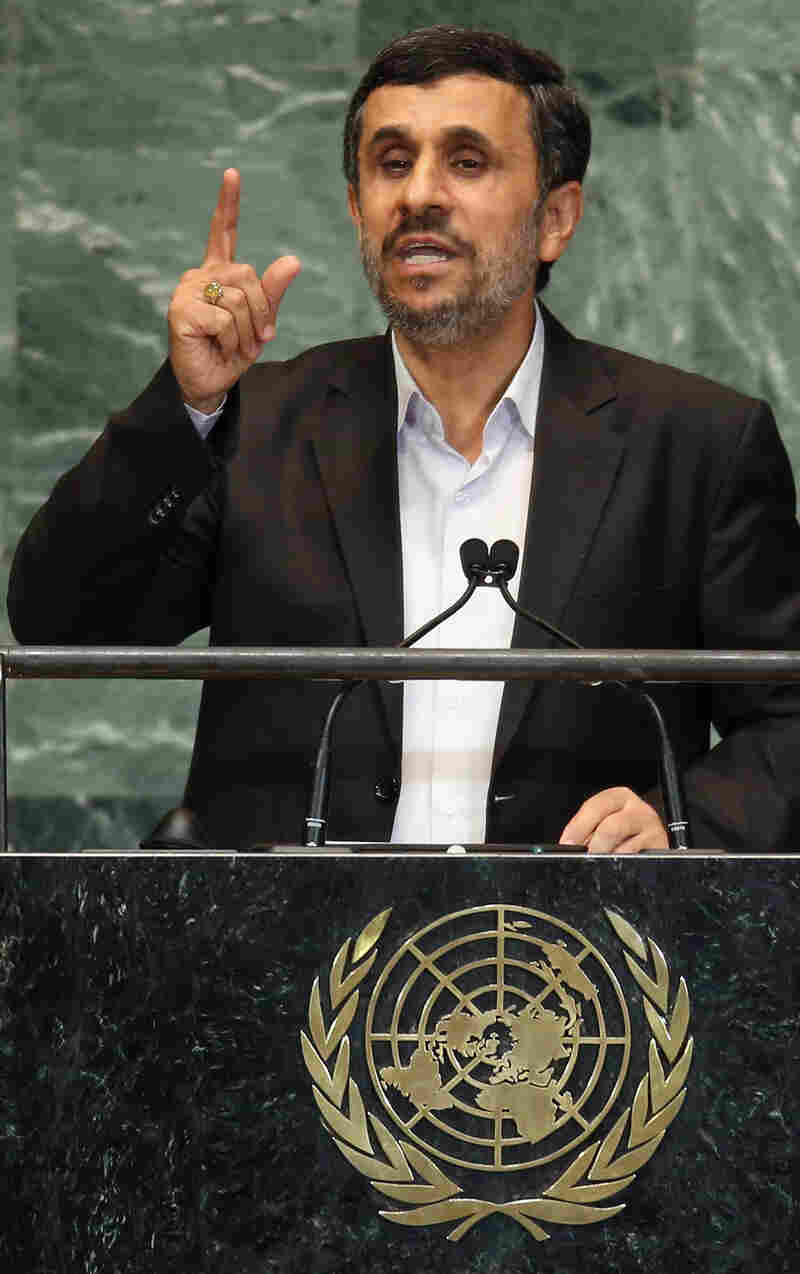 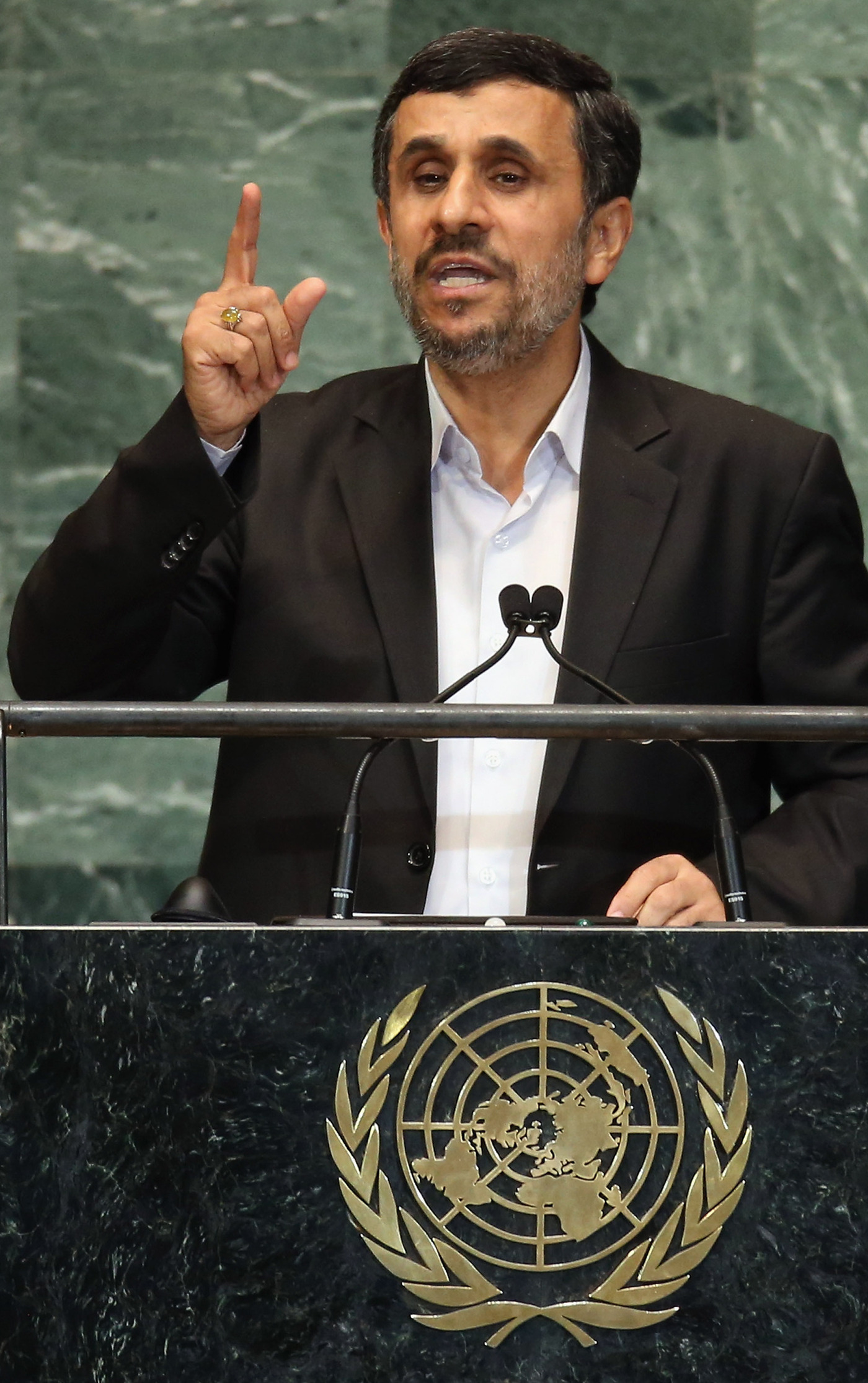 Iranian President Mahmoud Ahmadinejad during his address today at the U.N.

As an example of the "new era of hegemony," he pointed out the "continued threat by the uncivilized Zionists to resort to military action against our great nation is a clear example of this bitter reality."

Ahmadinejad's speech took place on Yom Kippur, the holiest day of the Jewish year. The Israeli delegation was not present while the Iranian leader spoke.

The U.S. delegation also was not present. A spokeswoman for the U.S. mission said it decided not to attend the speech because Ahmadinejad was using his trip to "spout paranoid theories and repulsive slurs against Israel."

Ahmadinejad has stayed close to the wording of this copy of his prepared remarks (originally posted by the U.N. here). Click on the title to pop up a larger view.

Iranian President Mahmoud Ahmadinejad takes to the podium this morning at the U.N. General Assembly, and in something of a preview he told The Associated Press that "God willing, a new order will come together" that in his view would end "the system of empires" led by a "bullying" U.S.

We'll watch for highlights from the Iranian leader's address, which will likely begin sometime after 10 a.m. ET. If Ahmadinejad repeats some of the things he's said in the past — such as last year's claim that the "mysterious Sept. 11 incident" was a "pretext [for the U.S.] to attack Afghanistan and Iraq" — diplomats from the U.S. and other nations will almost surely walk out in protest.

Here's a little light reading to get you ready for Ahmadinejad: a compilation of the top 10 craziest things said during a U.N. speech. Will the Iranian leader be able to outdo his performance in 2008, which landed him in the No. 9 spot on Foreign Policy's list?

The U.N.'s webcast of the proceedings is here. Among those also due at the microphone this morning:

And to recap, President Obama spoke on Tuesday. He used his address to say that slain U.S. Ambassador to Libya Chris Stevens was an example of the type of leader who will determine the world's future.