Accessibility links
NFL : The Two-Way NFL fans' nightmare is over. The league and its referees have reached a tentative agreement on a new, eight-year contract. So replacement refs — who have been blamed for botching calls and giving at least one team a victory it didn't deserve — have been sent to the showers.

We Have A Ruling: NFL Referees Are Returning To The Field

We Have A Ruling: NFL Referees Are Returning To The Field

The not-so-long, not-so-much of a national nightmare is over.

Regular NFL officials will be on the field starting with tonight's game now that the league and its referees union have reached tentative agreement on a new, eight-year contract. 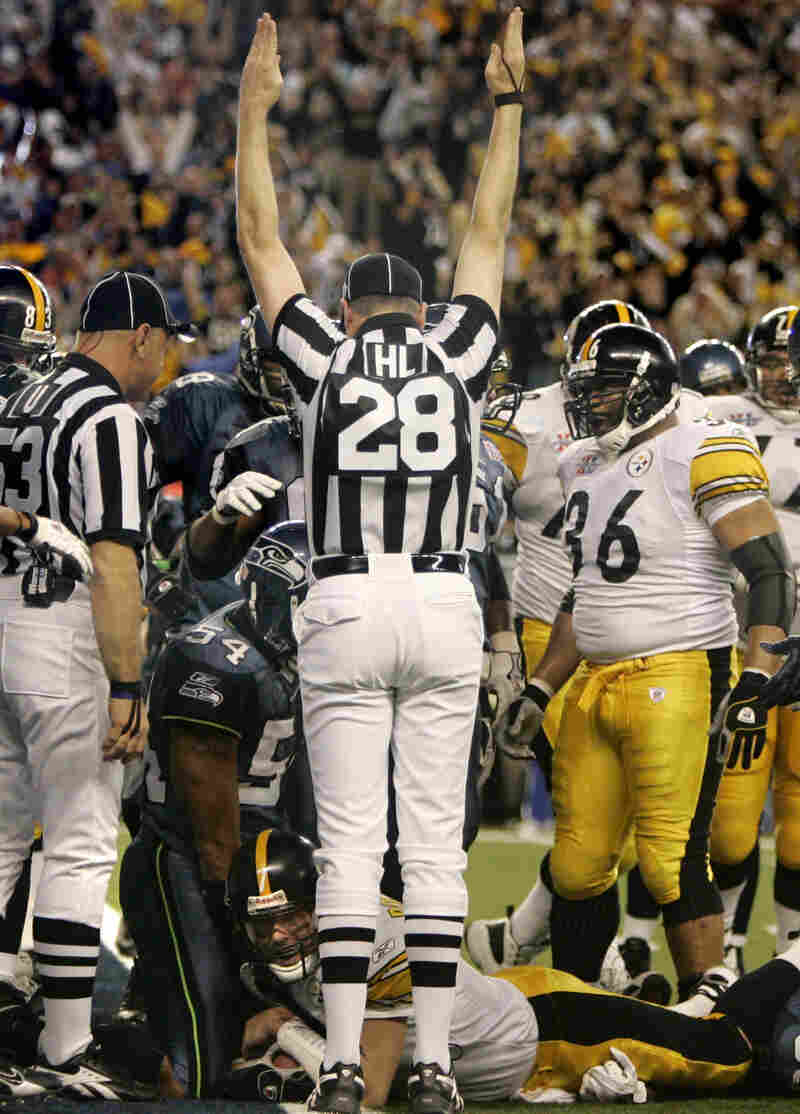 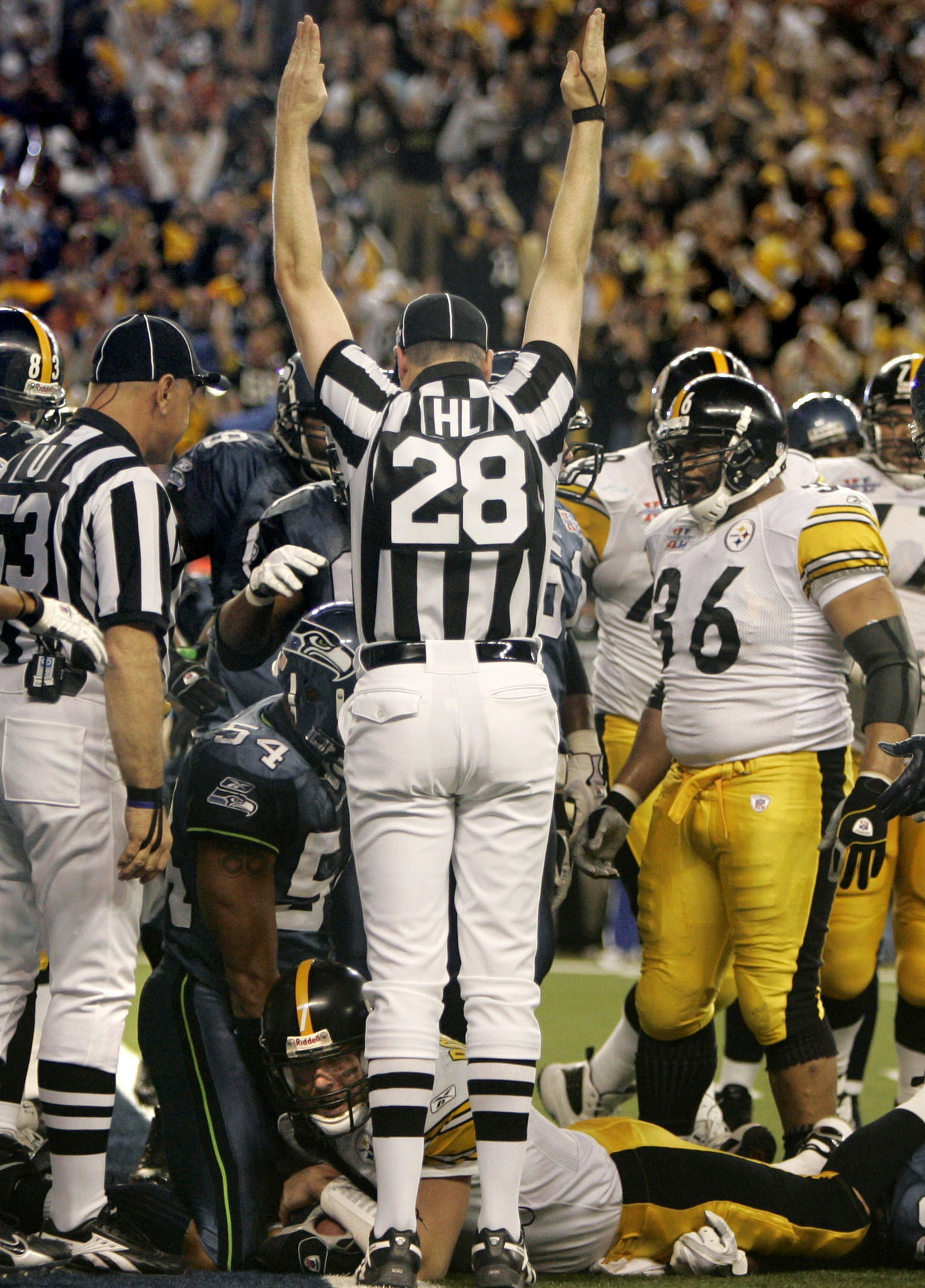 They'll be welcomed back by fans: Regular NFL refs will be on the job again starting tonight. (2006 file photo.)

The news that football fans have been anxiously waiting to hear came around midnight last night. It followed "two days of marathon negotiations," as The Associated Press puts it, sparked by Monday night's debacle in Seattle — when a crew of replacement refs awarded the Seahawks a touchdown that the team didn't deserve and cost the Green Bay Packers a victory.

The officials had been locked out since June in a contract dispute with the league that centered on the NFL's desire to eliminate the officials' pension plan and shift them to a 401(k). There was also a dispute over whether the officials would become full-time employees. The lockout meant that replacement refs worked the season's first three weeks' worth of games.

According to the AP, under the tentative agreement:

-- "Retirement benefits will be provided for new hires, and for all officials beginning in 2017, through a defined contribution arrangement."

Though the proposal has yet to be ratified by the officials, NFL.com says that league Commissioner Roger Goodell "temporarily lifted the lockout so officials can work Thursday night's game between the Cleveland Browns and Baltimore Ravens (8 p.m. ET on NFL Network). Officials will vote on the agreement Friday and Saturday in Dallas, and a clinic for them will be held after the vote."

On Morning Edition: NPR's Mike Pesca talks about the lockout, the replacement refs and the contract agreement. As Mike says, NFL owners had to have been "starting to feel bad" about the effects of the lockout as fans across the nation howled about the replacement refs' botched calls and how some players seemed to be out of control (raising the already high risk of injury).