Accessibility links
Threat Led University To Bar Colorado Shootings Suspect, Prosecutors Say : The Two-Way Documents released today indicate that school officials may have been more concerned about James Holmes' behavior before the July 20 massacre than has previously been known.

The man charged with killing 12 people and wounding 58 others at an Aurora, Colo., movie theater on July 20 threatened a University of Colorado psychiatrist about six weeks before the massacre and was barred from campus "as a result of those actions," according to local prosecutors.

They also say in court documents released this morning that James Holmes' alleged threat was reported to university police at the time. 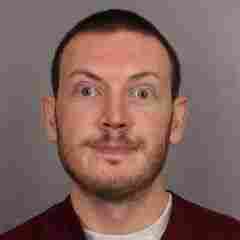 That chain of events, The Associated Press writes, "conflicts with the university's statements that Holmes was denied access to non-public parts of the campus because he had withdrawn from school."

It had been previously reported that Holmes threatened the Anschutz campus psychiatrist. But word that it was the university that took action to keep him off campus — not that he first severed ties — indicates that officials may have been more concerned about his behavior than they have previously indicated.

Today's documents, some of which have been requested by NPR and other news outlets, are posted here.

They also include, The Denver Post writes, "the revelation that attorneys representing Holmes intend to call a psychiatric expert to testify" on his behalf, and that "an Aurora police detective 'fanned' through the pages of a notebook theater shooting suspect James Holmes mailed to his psychiatrist. ... Prosecutors have said in court filings they have not seen its contents."

Holmes, 24, faces 152 counts of murder, attempted murder and other charges.