Accessibility links
Ahmadinejad More Popular Than Obama? Iranian News Agency Gets Fooled : The Two-Way News outlets have been getting fooled in recent days. No, the Iranian leader is not more popular than Obama among rural whites. No, Paul Ryan does not mock his running mate. And no, the president did not meet with a "pirate" last week.

Last week, Fox and Friends saw a photo on The Drudge Report and started saying that President Obama had time to sit down with a comical "pirate" but not to meet with Israeli Prime Minister Benjamin Netanyahu. The only problem: The photo was three years old. 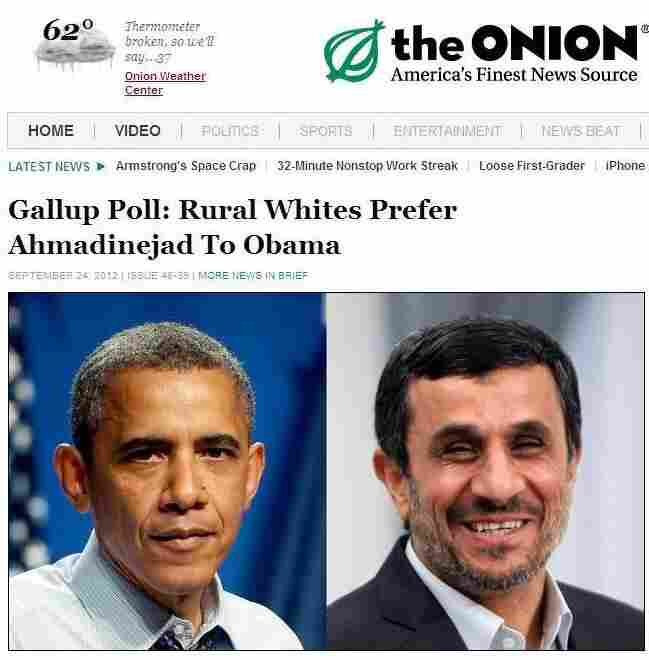 Not unbelievable to some in Iran, it seems. The Onion hide caption 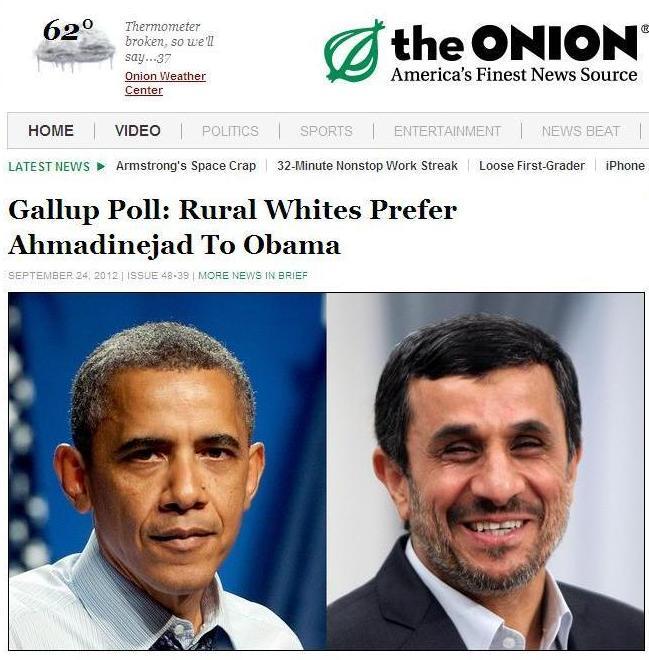 Not unbelievable to some in Iran, it seems.

Now Iran's Fars News Agency has bitten on The Onion's "report" that "according to the results of a Gallup poll released Monday, the overwhelming majority of rural white Americans said they would rather vote for Iranian president Mahmoud Ahmadinejad than U.S. president Barack Obama."

Here's hoping we're not the next news outlet to be duped.

By the way, did you hear about how it may be healthier to squat than it is to sit when it comes to ... doing your dootie? (That's actually real news, our friends at the Shots blog say.)