Accessibility links
Haiti, Dominican Republic : The Two-Way In October 1937, dictator Rafael Trujillo's soldiers identified Haitians by asking them to say perejil (Spanish for parsley). If someone did not trill the "r," he was likely to be killed. As many as 20,000 Haitians died. 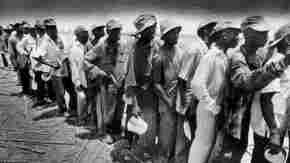 1937: Haitians who were hoping to escape the killing in the Dominican Republic. CulturalDiplomacy.org hide caption

Seventy five years ago, thousands of Haitians were murdered in the Dominican Republic by a brutal dictator. It was one of the 20th Century's least-remembered acts of genocide.

As many as 20,000 people are thought to have been killed on orders given by Rafael Trujillo. But the "parsley massacre" went mostly unnoticed outside Hispaniola. Even there, many Dominicans never knew about what happened in early October 1937. They were kept in the dark by Trujillo's henchmen. 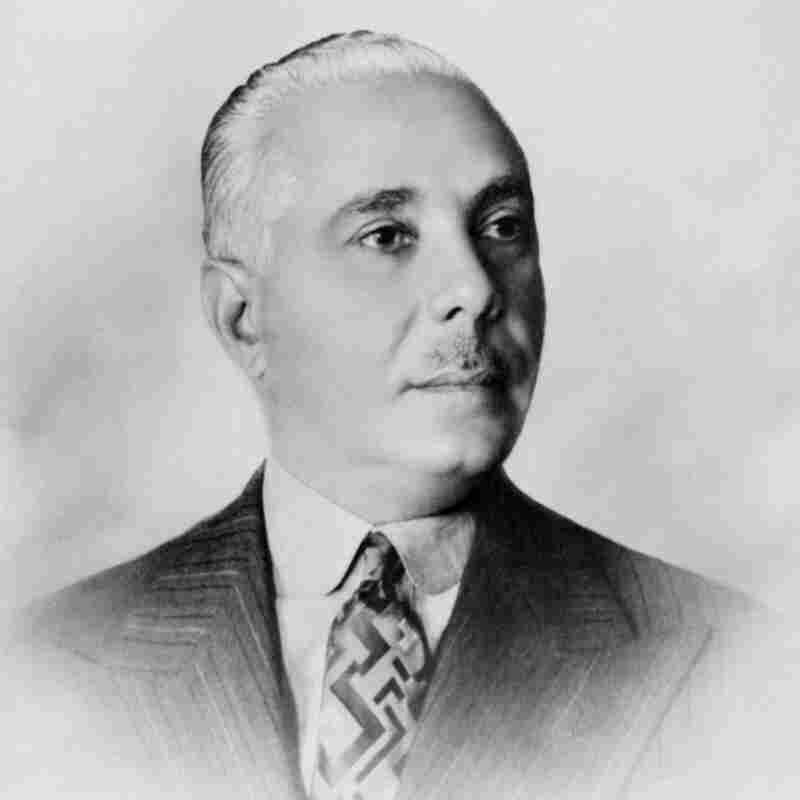 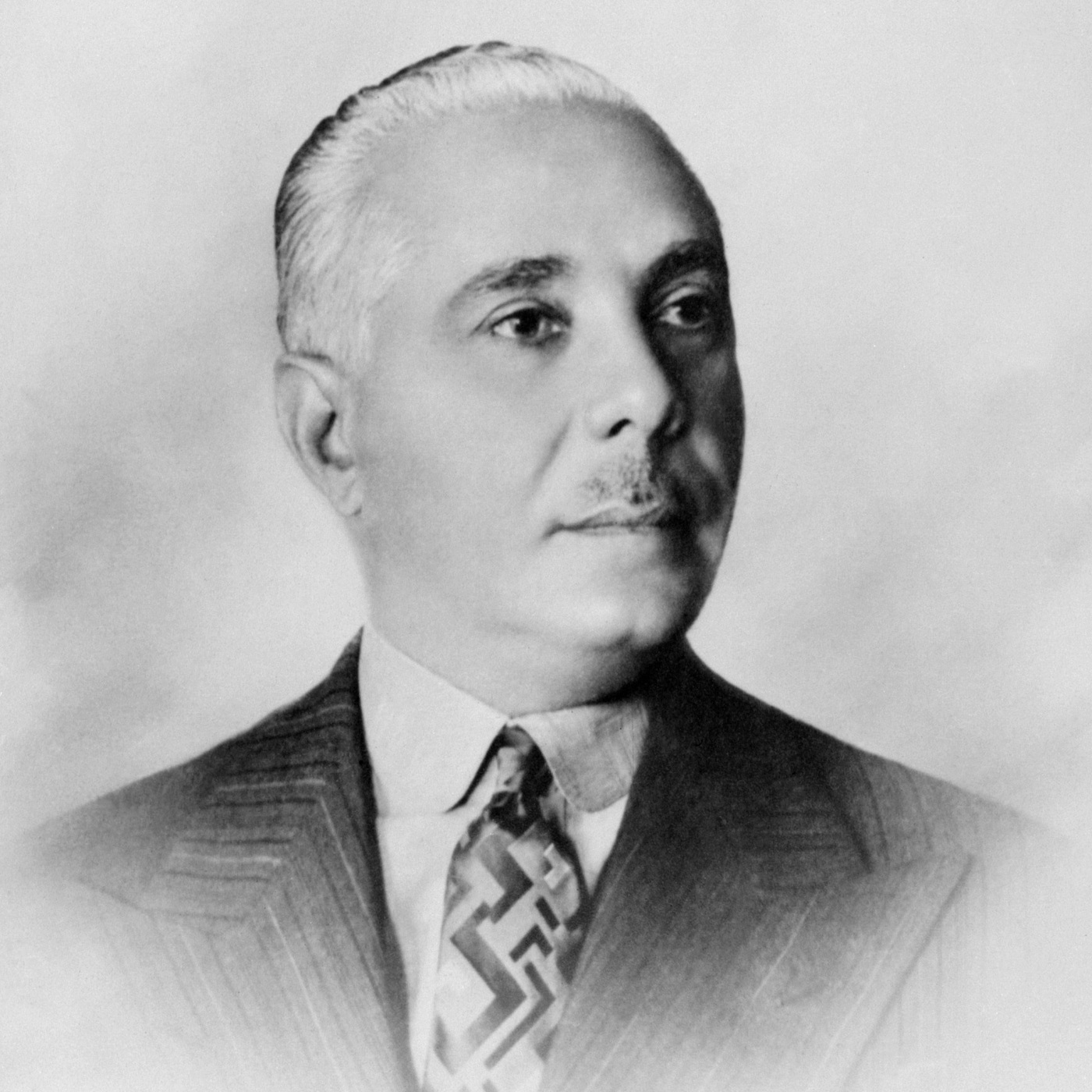 Domician Republic dictator Rafael Trujillo, in a portrait taken in the 1950s.

This week, people from around the world are expected to gather in the Dominican Republic for a "Border of Lights" commemoration that aims to "honor a tragedy long forgotten, and unknown to many people."

Writer and Middlebury College professor Julia Alvarez, the daughter of Dominicans and someone who lived there as a child, said on Tell Me More today that the killings must be acknowledged and testified to. "We can't change the present of the future unless we acknowledge what has happened," she told guest host Celeste Headlee. "There's no place on this planet anymore where that should be happening. It's time that the people themselves say ... 'that's enough.' "

Trujillo, as the Border of Lights website explains, fed and nurtured anti-Haitian sentiment and created an atmosphere that still excludes ethnic Haitians from becoming part of "the Dominican melting pot."

The method his soldiers used in 1937 to try to identify those who would be killed was cruelly unique. When confronting someone in the lands along the border with Haiti, they would hold up a sprig of parsley and ask what it was. If the person responded by trilling the "r" in perejil (Spanish for parsley), he would be free to go. Anyone who didn't trill the "r" was thought to be a Haitian Creole speaker — and was likely to be killed.

On Tell Me More, Alvarez and Haitian-American author Edwidge Danticat demonstrated the slight difference in speech that cost many people their lives. Danticat's book The Farming of Bones tells the terrible tale of the 1937 massacre "through the eyes of a young domestic servant." She was among the 2009 winners of a MacArthur "Genius Grant."

As for Trujillo, he stayed in power until 1961, when he was assassinated. Last year, the BBC spoke with one of the army officers who killed the dictator. "The only way to get rid of him was to kill him," Gen. Antonio Imbert told the BBC.

Click here to find a station that broadcasts Tell Me More.