Accessibility links
Report: U.S. Discussing 'Unilateral Strikes' On Terrorist Groups In Africa : The Two-Way As al-Qaida has fragmented, U.S. officials have turned their attention to loosely affiliated groups that present threats of their own. Officials tell The Washington Post that among the steps being considered are drone strikes aimed at terrorists based in North Africa. 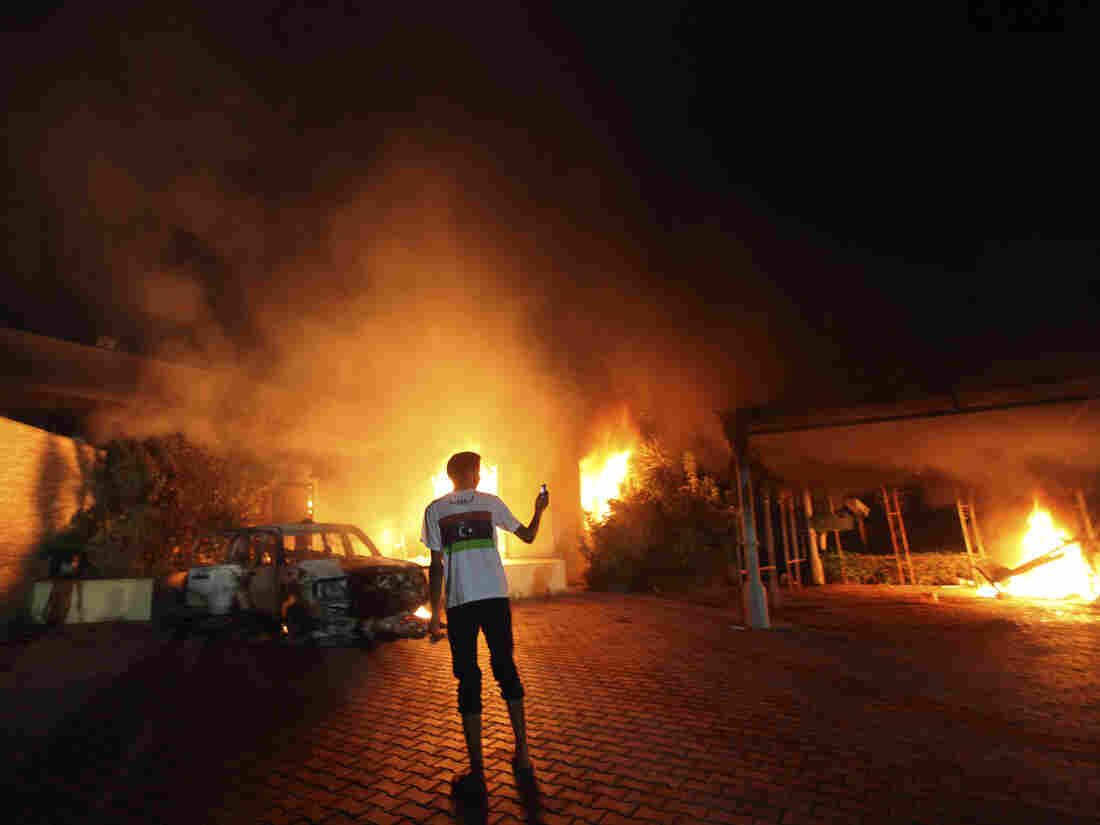 Sept. 11, 2012: A blaze erupted during the attack on the U.S. consulate in Benghazi, Libya. AFP/Getty Images hide caption 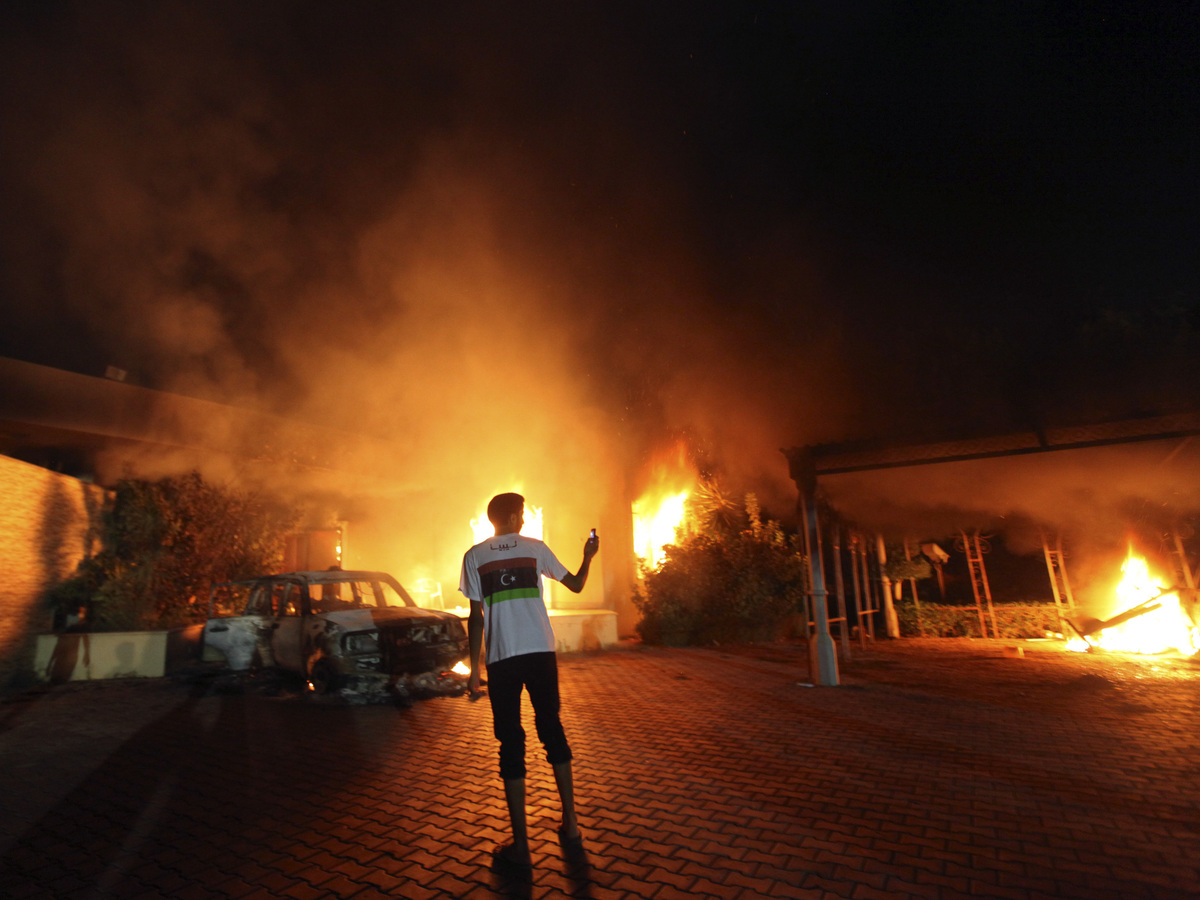 During a "series of secret meetings in recent months," the White House began to "consider for the first time whether to prepare for unilateral strikes" aimed at terrorist groups operating in North Africa, The Washington Post writes this morning.

As NPR's Dina Temple-Raston has previously reported, while al-Qaida has "fragmented" in recent years because of U.S.-led efforts against the network responsible for the Sept. 11, 2011, attacks, U.S. officials' attention has turned to "a loose affiliation of groups that present a diffuse and entirely different threat." Those include "al-Qaida's arm in Yemen or Islamic militias in Somalia such as al-Shabab ... [and] in Nigeria, a local separatist group called Boko Haram."

The Post adds today that according to "U.S. officials" involved in the discussions, there have been talks about terrorists in Mali and other parts of North Africa who have been linked to al-Qaida, have been "acquiring weapons from post-revolution Libya" and have been tied to last month's attack on the U.S. consulate in Benghazi that left Ambassador Chris Stevens and three other Americans dead. The newspaper writes that:

"U.S. officials said the discussions have focused on ways to help regional militaries confront al-Qaida but have also explored the possibility of direct U.S. intervention if the terrorist group continues unchecked."