Accessibility links
Pope's Butler Professes Innocence, But Says He Betrayed Pontiff : The Two-Way The case has been an embarrassment to the Vatican and the butler faces up to four years in prison on charges he stole documents pointing to corruption. 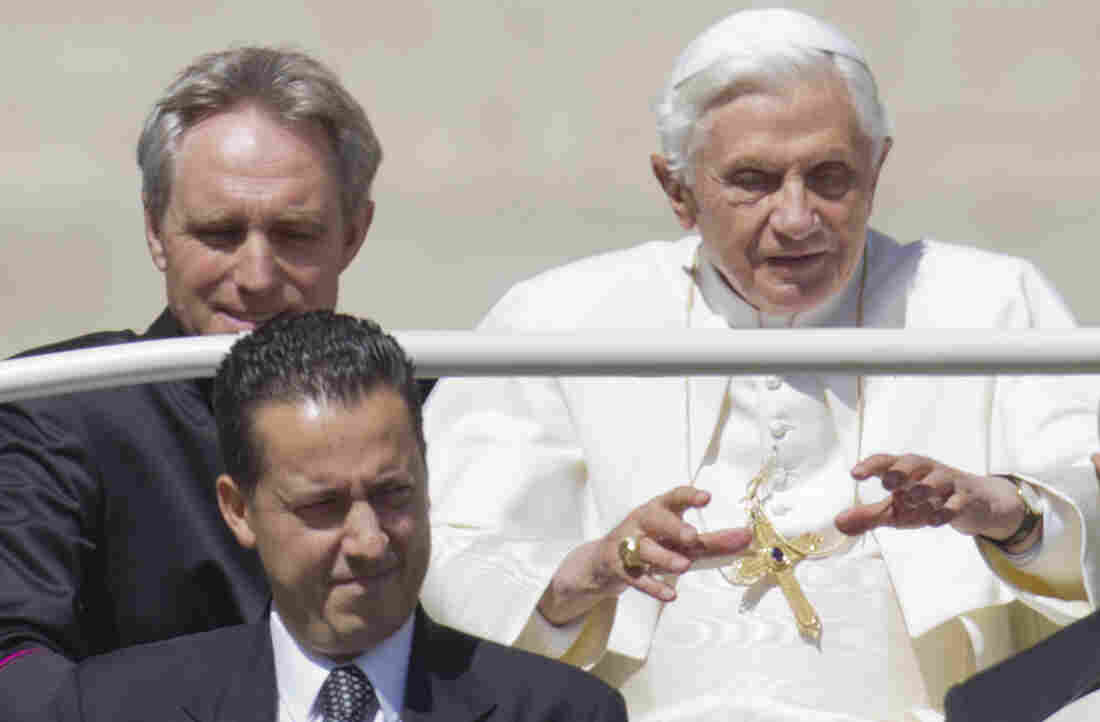 Pope Benedict XVI and his former butler, Paolo Gabriele (center), are shown at the Vatican in this file photo. The pope's private secretary, Georg Gaenswein, is on the left. Andrew Medichini/AP hide caption 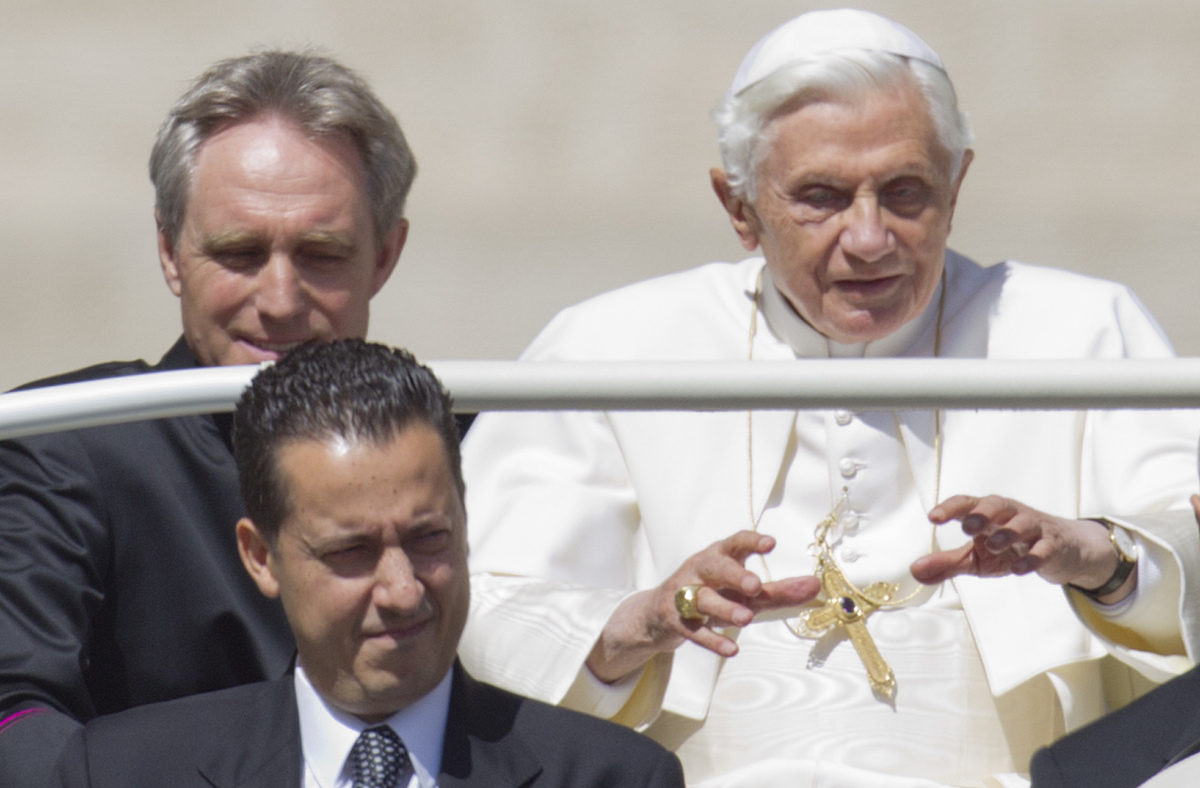 Pope Benedict XVI and his former butler, Paolo Gabriele (center), are shown at the Vatican in this file photo. The pope's private secretary, Georg Gaenswein, is on the left.

Pope Benedict XVI's former butler took the stand at his trial Tuesday and offered a somewhat contradictory message: He declared himself innocent of stealing papal documents, but acknowledged betraying the trust of Pope Benedict XVI.

As NPR's Sylvia Poggioli reports, Paolo Gabriele, 46, is charged with stealing documents pointing to corruption and power struggles with the church. Prosecutors say Gabriele has confessed to giving the material to an Italian journalist, and that his motive was to expose "evil and corruption" in the church.

But when asked to respond in court to the charge, The Associated Press quoted Gabriele as saying: "I declare myself innocent concerning the charge of aggravated theft. I feel guilty of having betrayed the trust of the Holy Father, whom I love as a son would."

Sylvia reports that the former butler also said he was jailed under harsh conditions and faced psychological pressure after he was arrested in May.

Gabriele said his cell was so narrow he couldn't stretch out his arms.

"For the first 15-20 days, the light was on 24 hours a day, and there was no switch. As a result, my eyesight was damaged," Gabriele added.

Prosecutors say 82 boxes of papal documents were found at Gabriele's Vatican City apartment. The material is most critical of Cardinal Tarcisio Bertone, a longtime close aide to the pope and the Vatican secretary of state.

Gabriele was arrested in May, and his trial, which began Saturday, is being held before a three-judge tribunal at the Vatican. He could face up to four years in prison. But even if convicted, he could be pardoned by the pope.

Until his arrest, Reuters says, Gabriele was thought to be "an unassuming and devout servant."

Time magazine writes of the trial, and how the Vatican works, that "court proceedings have been open to the public — sort of."

Earlier today, NPR's Audie Cornish talked with journalist John Allen from the National Catholic Reporter, who said that while Gabriele — if he's found guilty — could be sentenced to several years in an Italian prison, it's more likely that "at the end of this there will be an act of clemency from Pope Benedict XVI." The church, Allen said, wants to show it respects "due process." The risk for the church, he added, is that "a trial means there could be new bombshells" about what goes on inside the Vatican.

Sylvia Poggioli on the NPR Newscast

Much more from Audie's conversation with Allen is due on All Things Considered later today. Click here to find an NPR station that broadcasts or streams the show. Later, we'll add the as-broadcast version of the interview to the top of this post.