Accessibility links
Currency In Crisis: Collapse Of Iran's Rial Continues : The Two-Way Under pressure from economic sanctions, Iran's currency is tumbling. It has lost about 25 percent of its value in the past week. Two years ago, the rial traded at 10,000 to the dollar. Now, it's trading around 35,500 to the dollar. 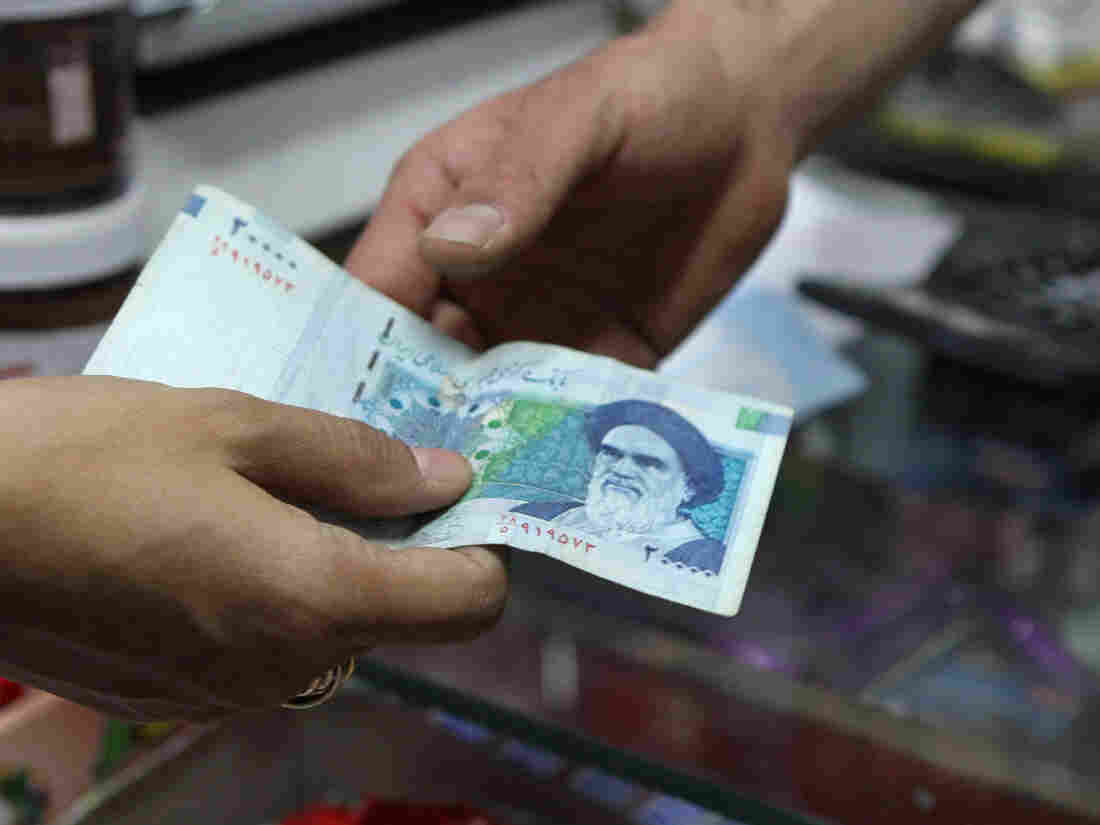 A 20,000 rial banknote, which today was worth less than 60 cents. Atta Kenare /AFP/Getty Images hide caption 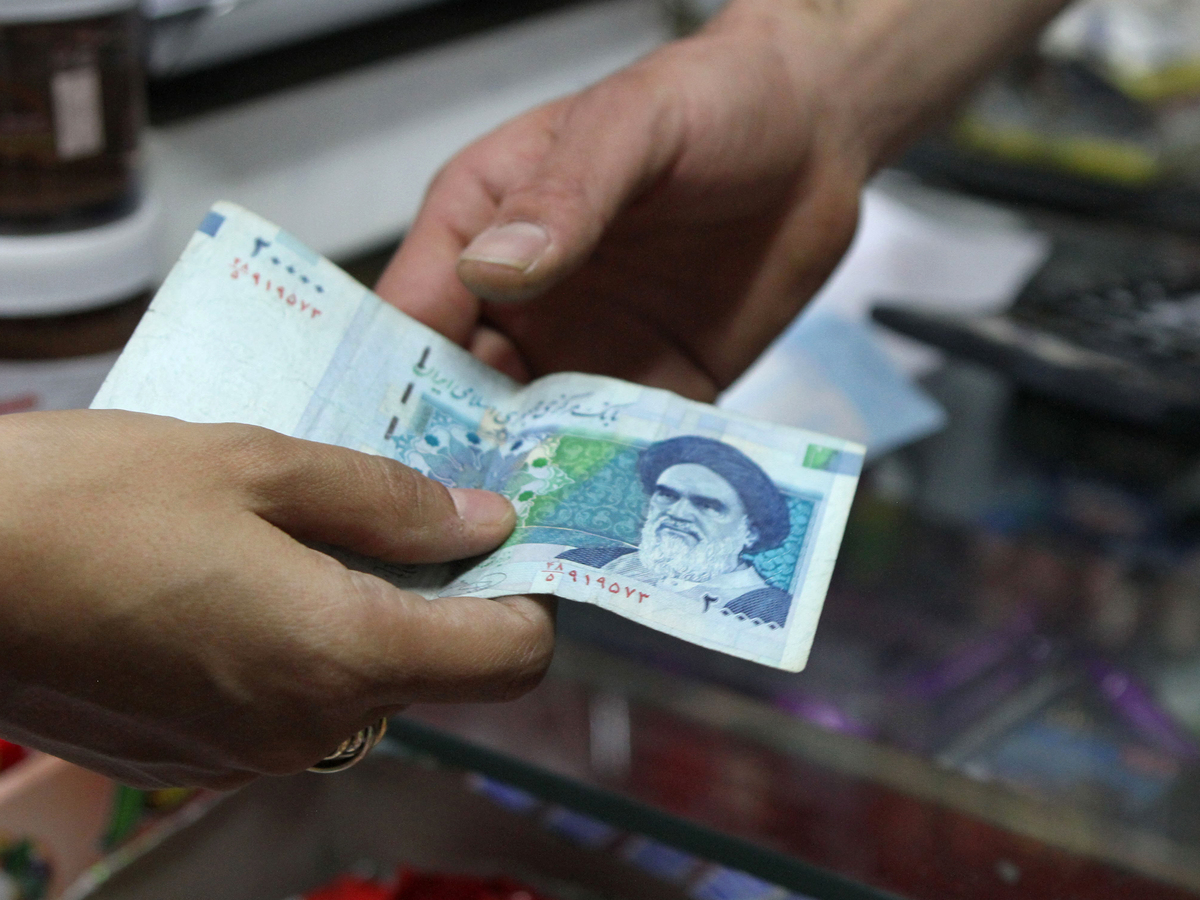 One U.S. dollar was worth 35,500 Iranian rials today, The Associated Press reports, as the collapse of the Persian nation's currency continued.

Two years ago, the rial traded at 10,000 to the dollar. It has lost about a quarter of its value in just the past week, Business Insider says.

"Iranians are panicking," NPR's Mike Shuster reports on All Things Considered. Long lines are reported at money changers as they try to get dollars.

President Mahmoud Ahmadinejad said today that Iran's enemies — presumably the U.S. and its allies — are "making pressure by playing with (exchange rate) numbers in the street." And he rebutted allegations from some other Iranian lawmakers that it is his government's economic policies that are the problem.

But as the BBC writes, "U.S. officials say the slide reflects the success of U.S. economic sanctions targeted at Iran's controversial nuclear program."

Those sanctions have caused shortages and other problems in Iran, as evidenced by reports that when they were in New York City last week for the opening of the U.N. General Assembly, members of the Iranian delegation descended on the Harlem Costco to pick up things they can't get at home these days.

Iranians are feeling the effects. "Vahid, a young man in Tehran," tells the BBC that:

"Now I witness our national money has turned to the cheapest currency in the world. How is that possible? Why did it not happen at the time of the Shah? Now I have to pay for my yoghurt, butter and milk in dollars, I can't spend rials!"