Accessibility links
Syria, Running Low On Friends, Angrily Sheds Another : The Two-Way Syria gave the Hamas leader shelter for years. Now Syria has denounced him in withering terms, a sign of the changing alliances in the Middle East. 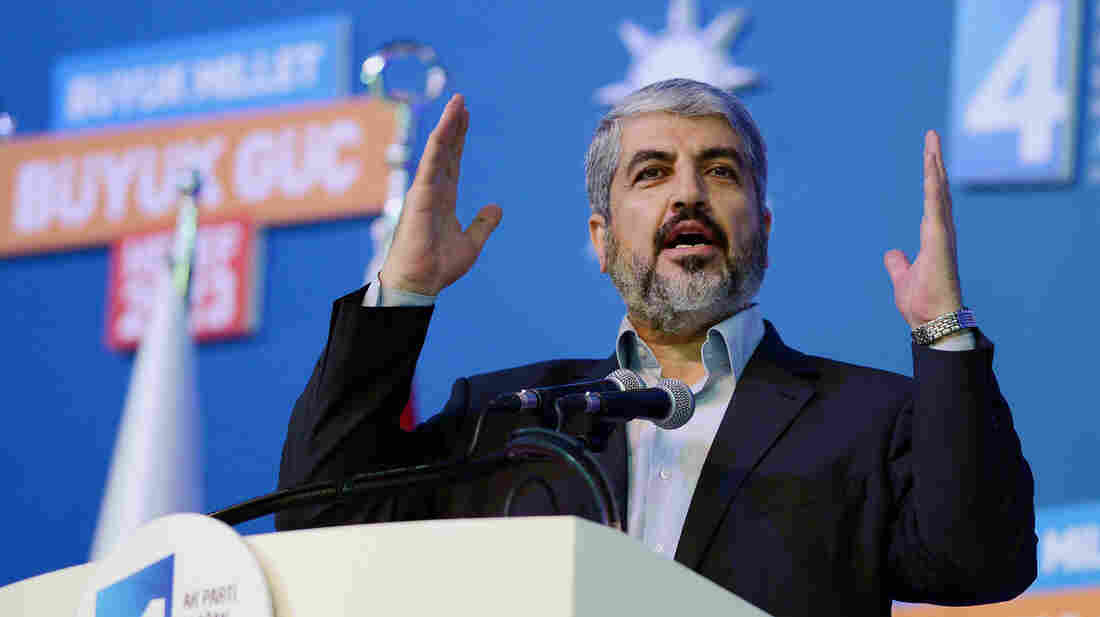 Palestinian Hamas leader Khaled Mashaal was a close ally of Syria and lived in the capital Damascus for years. But relations soured over the uprising in Syria, and Syria's state television denounced him in withering terms. Mashaal is shown speaking at a conference in Turkey on Sunday. Kayhan Ozer/AP hide caption 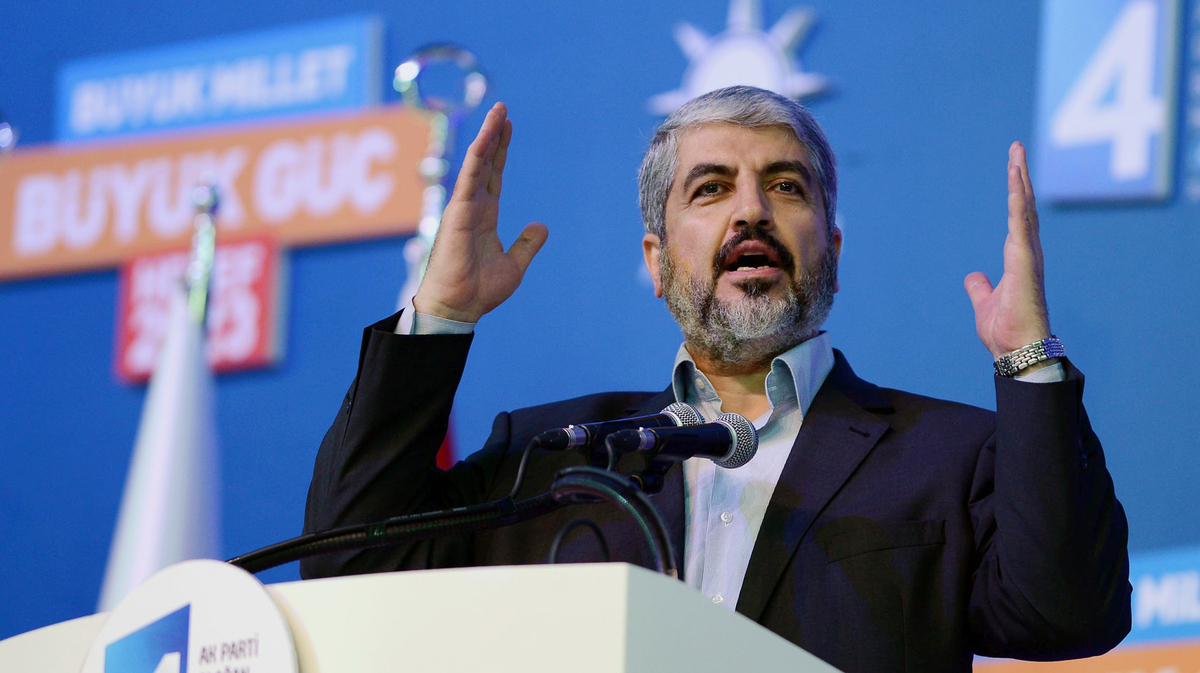 Palestinian Hamas leader Khaled Mashaal was a close ally of Syria and lived in the capital Damascus for years. But relations soured over the uprising in Syria, and Syria's state television denounced him in withering terms. Mashaal is shown speaking at a conference in Turkey on Sunday.

As the bloodletting in Syria carries on, President Bashar Assad's government doesn't have a lot of allies left.

And Syria's state-run media has pointedly lashed out at a former friend, Khaled Mashaal, the leader of the Palestinian group Hamas. Mashaal spent more than a decade under Syrian protection in the capital Damascus before relations broke down.

"Remember when you were a refugee aboard planes," Syrian state television said Monday, referring to a period in the late 1990s, when Mashaal had been kicked out of Jordan and had trouble finding a country that would accept him and other Hamas leaders.

"Damascus came and gave you mercy. No one wanted to shake your hand then as if you had rabies," state TV added, according to The Associated Press.

In addition to calling Mashaal an ingrate, Syrian television said he should spend less time worrying about the Syrian people and more time on the Palestinians he represents.

This rupture between Syria and Hamas reflects the rapidly changing alliances in a region filled with upheaval for the past couple years.

Before the Syrian uprising, Assad's government had functioning relations with most countries and other key players in the neighborhood. But they have increasingly turned against Syria in response to its harsh crackdown on the opposition. Activists say some 30,000 people have been killed.

Syria was one of the main patrons of Hamas, the radical Islamic group that runs the Gaza Strip. And Mashaal was ensconced in a heavily secured enclave in Damascus that's home to many high-ranking Syrian and prominent foreigners.

The roughly half-million Palestinians living in Syria, many in refugee camps, initially remained neutral in the Syrian uprising. But they have become increasingly critical of the Syrian leadership.

Amid the strains, Mashaal closed the Hamas offices in February and left the country, moving to Qatar. He is now planning to step down as the Hamas leader.

But the Syrian leadership apparently felt the need to attack Mashaal after he attended a conference Sunday held by Turkish Prime Minister Tayyip Erdogan's ruling party.

Turkey was an ally of Syria before the uprising, but Erdogan has become one of the leading critics of the Assad regime.

As its allies have dwindled, Syria has become increasingly reliant on two of its staunchest supporters, Iran and Hezbollah, the Islamist group that is the leading political force in Lebanon.