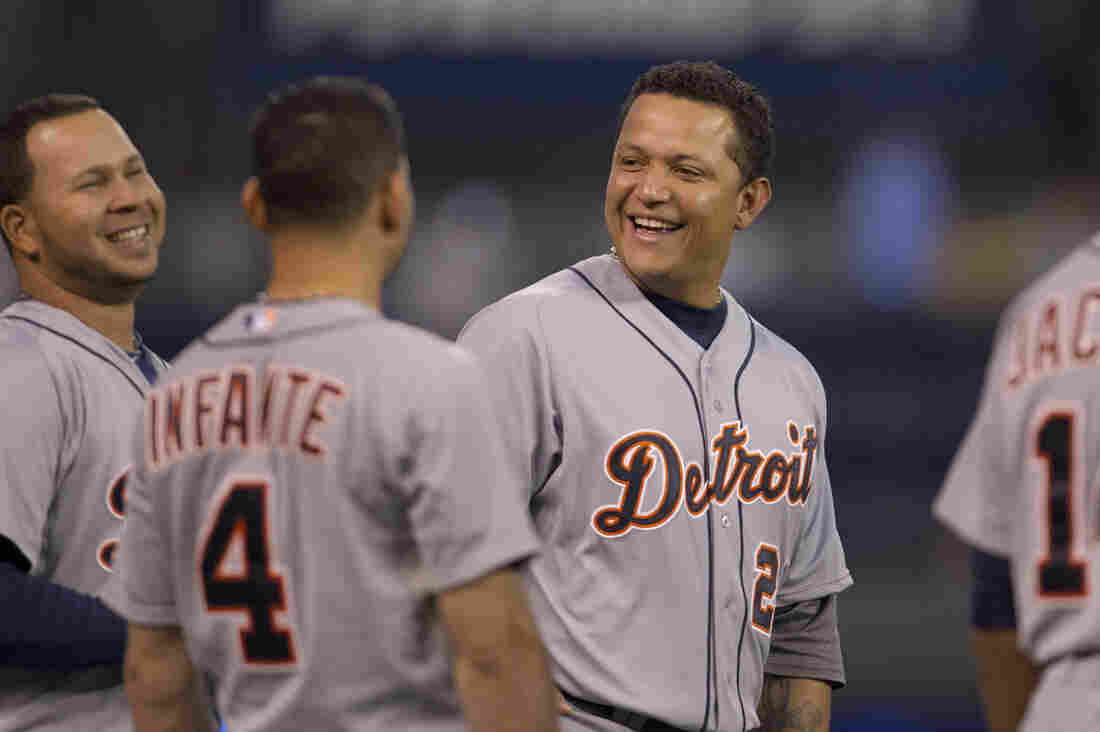 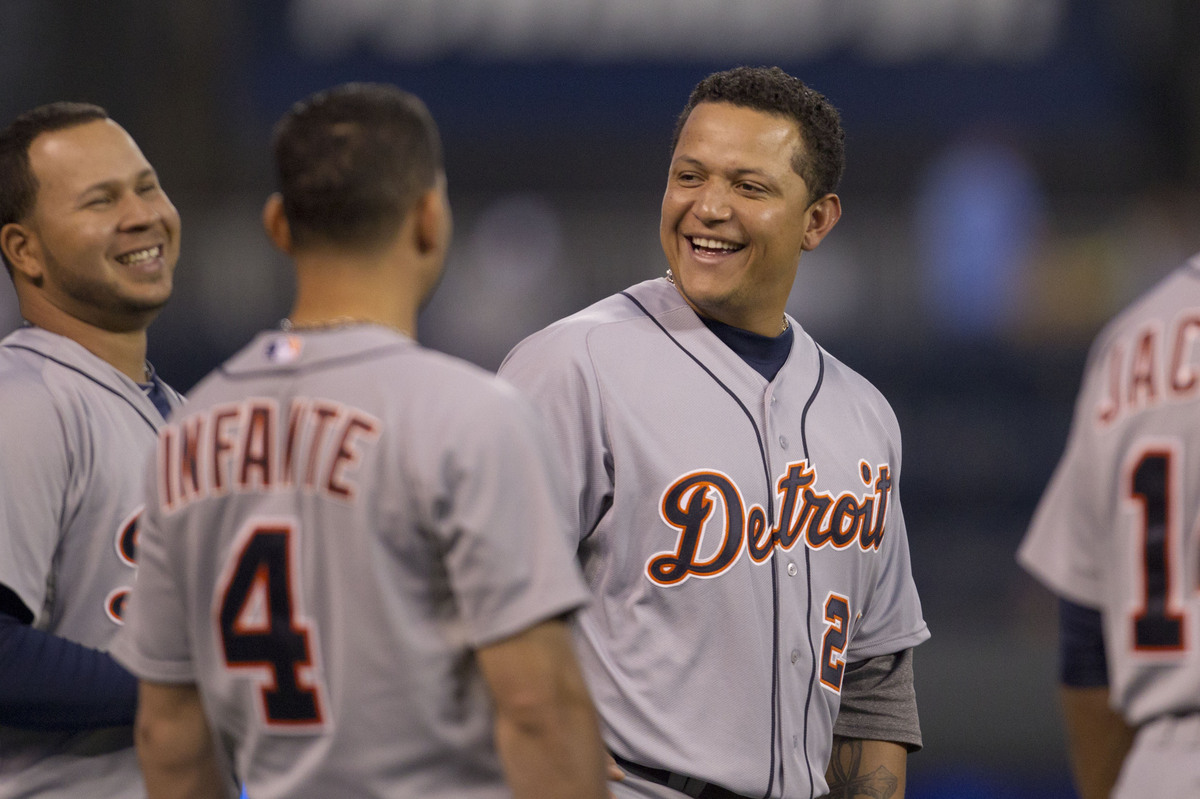 Detroit Tigers' Miguel Cabrera before a baseball game against the Kansas City Royals at Kauffman Stadium in Kansas City, Mo.

The Detroit Tigers' Miguel Cabrera became a baseball legend last night: He took the first Triple Crown in 45 years and joined the likes of Ted Williams and Mickey Mantle as the 15th player in history to win it.

The stats that got him the most coveted mantle for a hitter? A .330 batting average, 44 home runs and 139 RBIs. (You win the Triple Crown if you lead the league in those three measures.) Boston's Carl Yastrzemski was the last player to achieve the feat, back in 1967.

The AP reports that once the moment became official at the end of the baseball season, Tigers Manager Jim Leyland had tears in his eyes and club General Manager Dave Dombrowski reminded people to savor the moment.

"Cabrera had slipped away Wednesday night to the visiting clubhouse at Kauffman Stadium where he waited out the final moments in his bid for the Triple Crown. Once everything transpired, all the other possibilities played out, he could finally revel in the feat.

" 'It was like, everybody said to me it was unbelievable,' said Cabrera, who was joined in the clubhouse by Prince Fielder, Justin Verlander and a few other teammates. 'They were excited to see this, enjoy this, be a part of something big, and winning, I feel better.' "

As The New York Times points out, this hasn't been a strictly meteoric rise for the 29-year-old.

He certainly was a standout as soon as he came on the scene. He played his rookie year in 2003 as a Florida Marlin and that same year became the team's cleanup batter, helping the young, inexperienced team to an unlikely World Series championship.

But "over the years," reports the Times, "Cabrera struggled with alcohol and his weight; fought to find an established position in the field; and was traded, at age 24, from the Marlins to the Detroit Tigers. But Cabrera never lost what everyone agreed he possessed like few others: a discriminating eye at the plate and a sweet, timely and fluidly powerful swing."

Yastrzemski, by the way, issued a statement about the feat.

"I was fortunate enough to win this award in 1967 as part of the Red Sox Impossible Dream Team," he said in a statement issued to ESPN. "I am sure Frank Robinson joins me in commending Miguel in reaching this significant milestone."