Accessibility links
KitchenAid Apologizes For 'Offensive Tweet' About Obama's Grandmother : The Two-Way Someone on the company's social media team posted an ugly message during Wednesday night's debate. The appliance maker's senior director has personally apologized. The person who wrote it "won't be tweeting for us anymore." 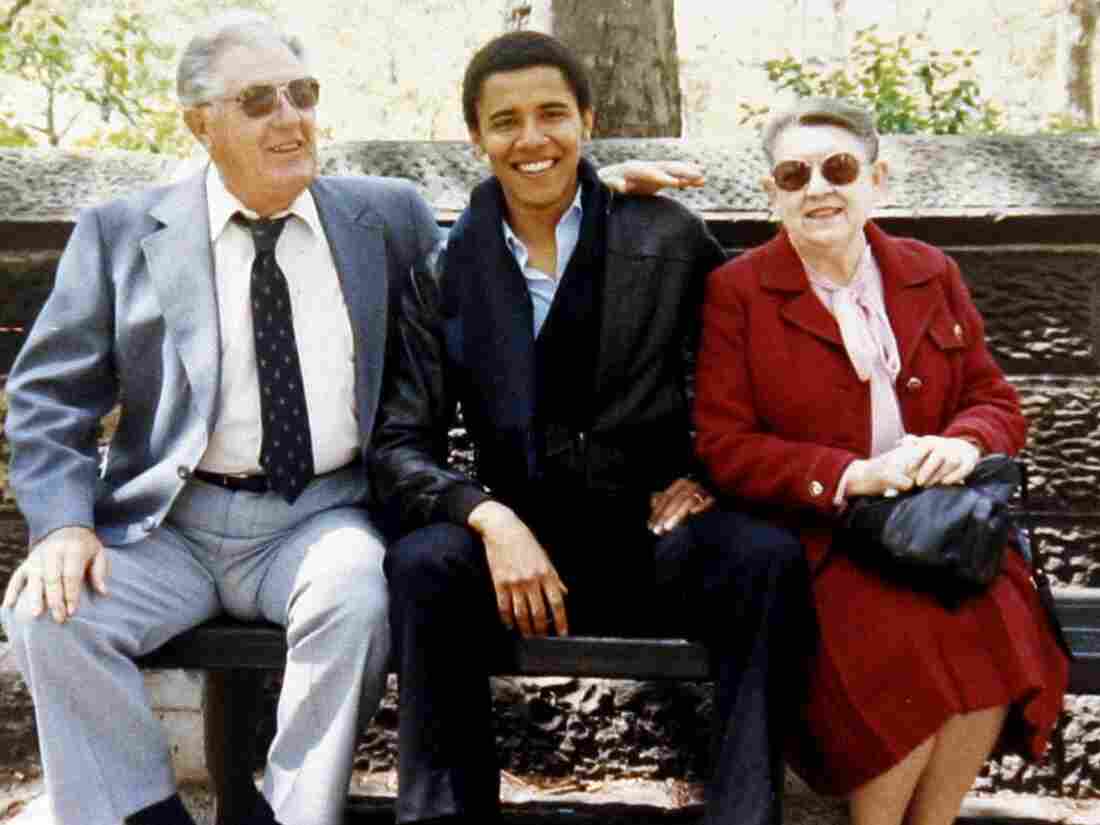 While he was attending Columbia University in New York City, Barack Obama's maternal grandparents — Stanley and Madelyn Dunham — visited him there. The president lived with them in Hawaii for much of his youth. Reuters /Landov hide caption 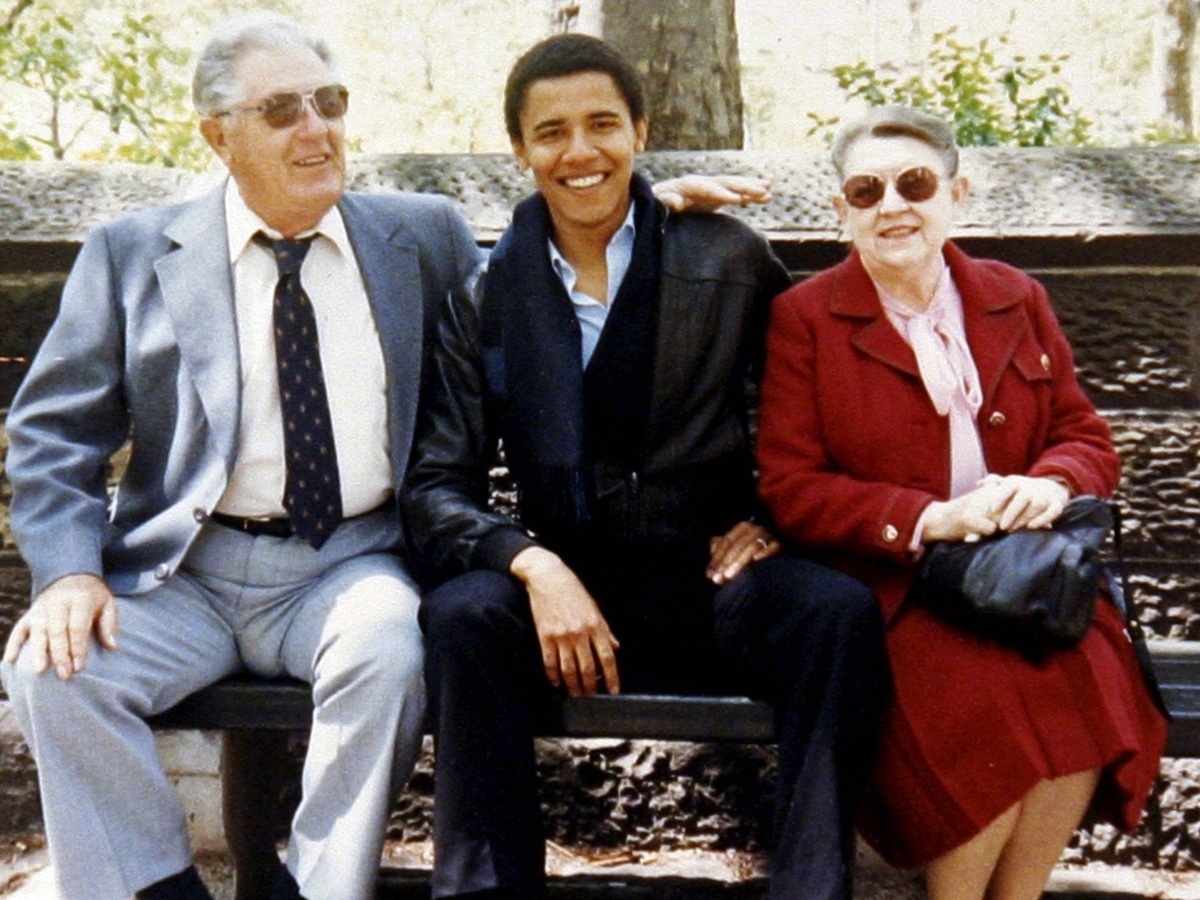 While he was attending Columbia University in New York City, Barack Obama's maternal grandparents — Stanley and Madelyn Dunham — visited him there. The president lived with them in Hawaii for much of his youth.

Appliance maker KitchenAid quickly deleted and apologized for a message that went out on its Twitter account during last night's presidential debate because the comment about President Obama and his grandmother was so offensive.

The comment writer — who has not been identified — picked up on the president's mention of his grandmother and tweeted that:

The company followed with a message expressing its "Deepest apologies for an irresponsible tweet that is in no way a representation of the brand's opinion."

-- "It was carelessly sent in error by a member of our Twitter team who, needless to say, won't be tweeting for us anymore."

For the record, here's what the president said about his grandmother (a full transcript and recording of the debate are posted here):

"You know, my grandmother, some of you know, helped to raise me. My grandparents did. My grandfather died awhile back. My grandmother died three days before I was elected president. And she was fiercely independent. She worked her way up, only had a high school education, started as a secretary, ended up being the vice president of a local bank. And she ended up living alone by choice. And the reason she could be independent was because of Social Security and Medicare. She had worked all her life, put in this money and understood that there was a basic guarantee, a floor under which she could not go.

"And that's the perspective I bring when I think about what's called entitlements. You know, the name itself implies some sense of dependency on the part of these folks. These are folks who've worked hard, like my grandmother. And there are millions of people out there who are counting on this."

There's much more about last night's debate over at It's All Politics.

The "data geeks" at Simply Measured tracked the original tweet, reaction to it, KitchenAid's response and the reaction to that response. In a blog post, they write that:

"The whole thing happened, was responded to and damage-controlled in under 2.5 hours. From a PR standpoint, KitchenAid gets an A+ for the way they handled the situation. ... [And] overall, KitchenAid's professional and quick response to the gaffe was received well and earned the brand over 1,000 new followers since the time of Soledad's first response." 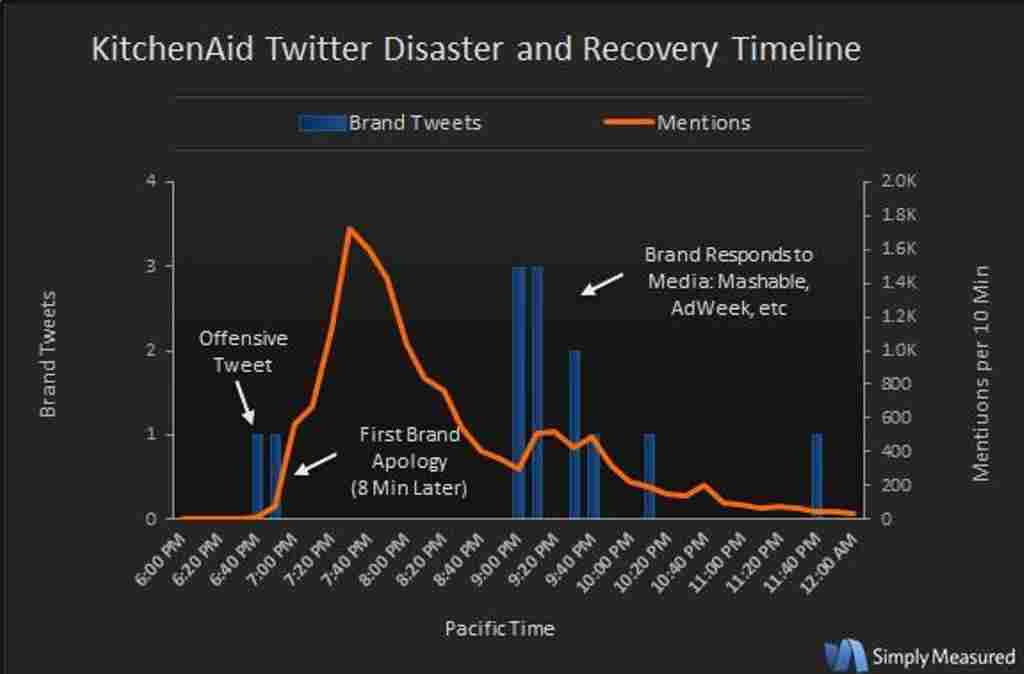 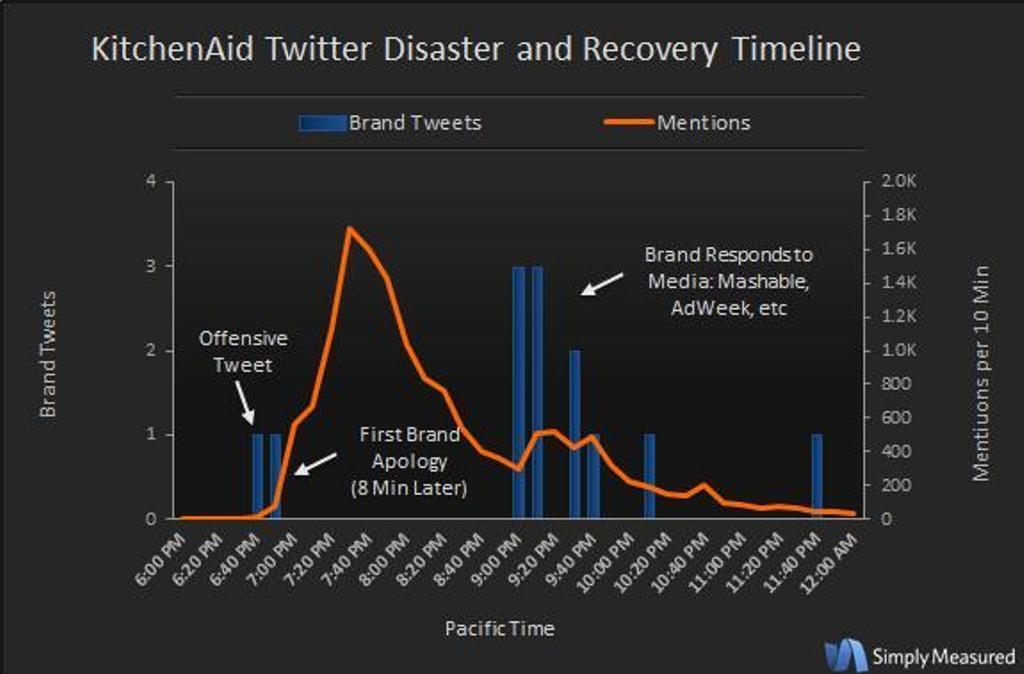