Accessibility links
Coyotes In The City: Could Urban Bears Be Next? : The Two-Way Coyotes are now the largest predatory animal in many cities. Scientists wonder if even larger predators could become city dwellers as well. 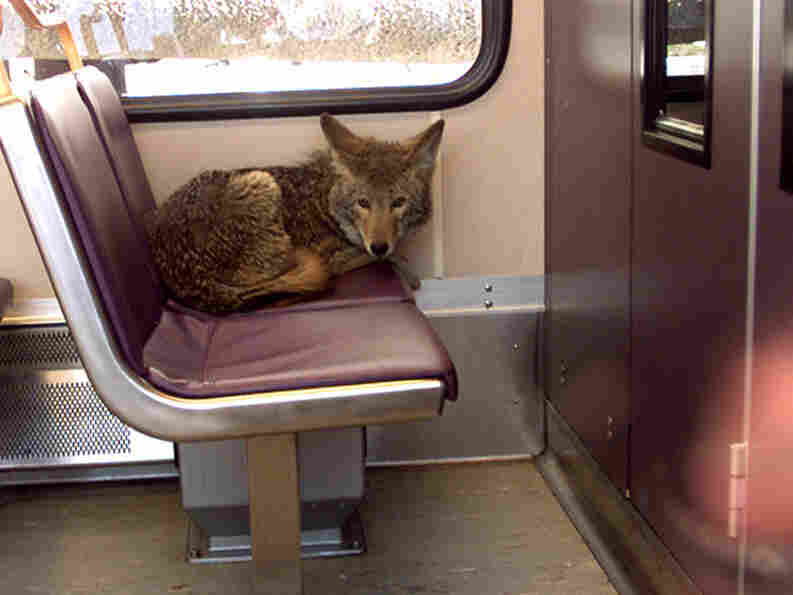 A coyote takes a ride on a light rail train in Portland, Ore., back in 2002. The wild canines are becoming more and more comfortable living in cities. Dennis Maxwell/AP hide caption 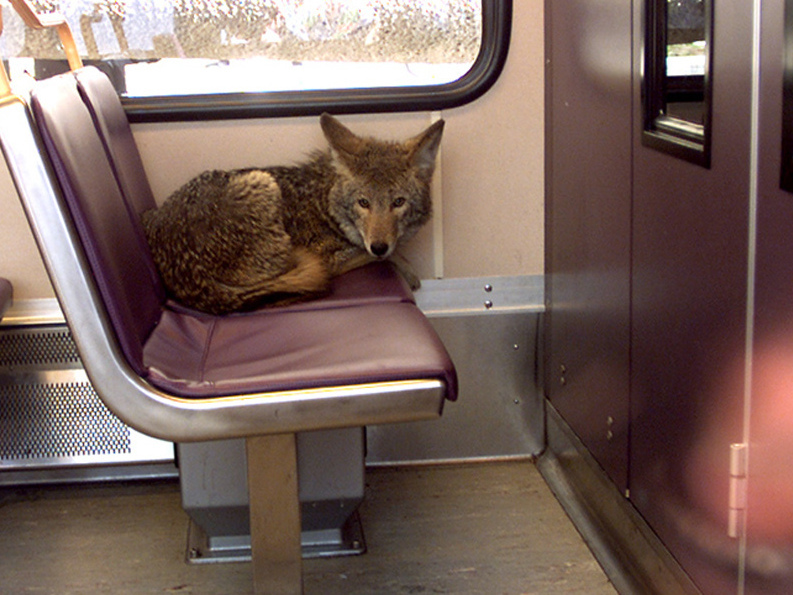 A coyote takes a ride on a light rail train in Portland, Ore., back in 2002. The wild canines are becoming more and more comfortable living in cities.

But, as we've previously reported, those scientists were proven wrong. There have been coyote sightings in dozens of U.S. cities — Chicago, Portland, Seattle, even New York City. Like the fox, the skunk and the raccoon before it, the coyote is the latest predatory animal to make the city its home.

Stan Gehrt, a professor of wildlife ecology at Ohio State University, said coyotes are now the largest carnivorous animal in many urban areas. But, in a presentation earlier today in Columbus, Ohio, Gehrt predicted they may not hold that title for very long. He said there's already evidence that even larger carnivores — think wolves, mountain lions and even bears — are beginning to encroach onto the city space.

"Coyotes are right now kind of testing out the urban boundary," Gehrt told us. "They're forcing people to really evaluate and reflect on what are our limits going to be. What are we going to let live in the cities?"

He said the way coyotes have adapted to city life is a model for how larger animals could do the same. Unlike in rural areas, urban coyotes are the top predator — there's no animal above them on the local food chain. Gehrt said humans are the only animals that pose a threat to urban coyotes, and the wild canines have taken some remarkable steps to avoid encounters with us. 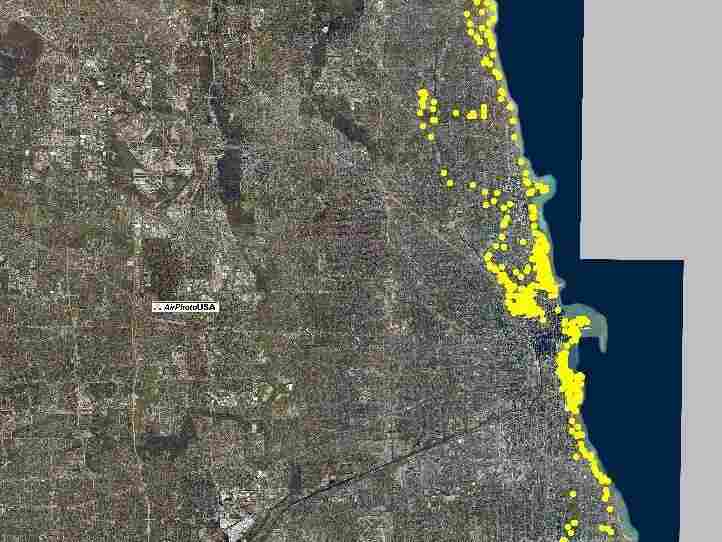 Scientists tracked one coyote in Chicago during 2010 and mapped where it went. Many of the locations shown here are along the city's famous Lake Shore Drive. The Cook County, Illinois, Coyote Project hide caption 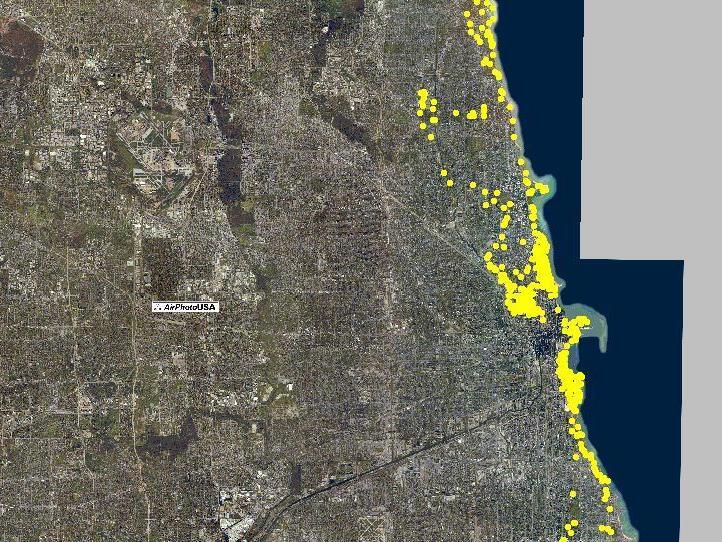 Scientists tracked one coyote in Chicago during 2010 and mapped where it went. Many of the locations shown here are along the city's famous Lake Shore Drive.

"They're doing things we didn't think they could do," he said. "They became totally nocturnal. They'll eat human food. They became really good at finding natural prey, even in areas of concrete and steel."

Gehrt said coyotes now have longer life expectancies in downtown Chicago than they do just 50 miles away in the cornfields of rural Illinois, where they have to dodge trappers and hunters to stay alive.

So what does this mean for larger animals? Are we going to see bears wandering past skyscrapers anytime soon?

On the one hand, it's hard to see how an animal as large as a bear could become as inconspicuous in urban areas as coyotes have become. But on the other hand, we're already getting more bear sightings in suburban, residential areas — places like Reno, Nev., Missoula, Mont., and Boulder, Colo. Gehrt said, in some Eastern European cities, brown bears are foraging through trash at night, "acting like raccoons but hundreds of pounds heavier."

Gehrt said this trend is setting up an inevitable conflict — wild animals are becoming more and more comfortable in populated areas at the same time that people are becoming less and less accepting of the killing of those wild animals.

"I've seen both sides of it," he said. "I've studied animals and I have a tremendous amount of respect for them. They humble me on a daily basis. But I've also seen the damage they can do. I've had to talk to the mother of a child that was killed by carnivores. That doesn't leave you."

(David Schultz is an intern on NPR's Science Desk.)