Accessibility links
Pussy Riot : The Two-Way Two of the three political punk rockers will serve the remainder of their two-year terms for "hooliganism."

One member of the Russian punk band Pussy Riot was set free by a Moscow court today. But two others who were given two-year prison sentences after being convicted of "hooliganism connected to 'religious hatred' " will remain in prison. 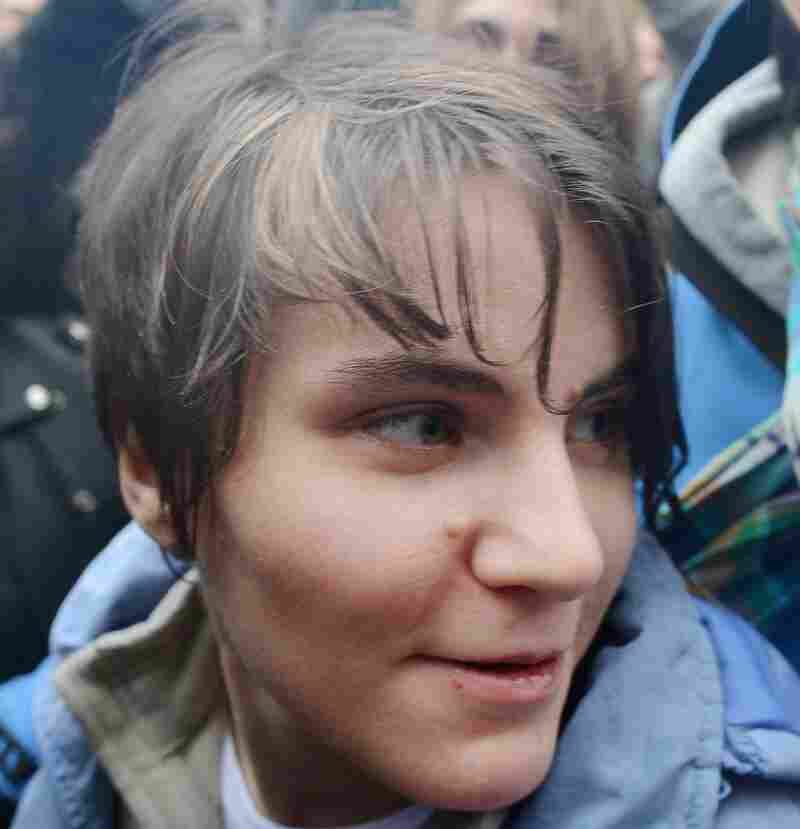 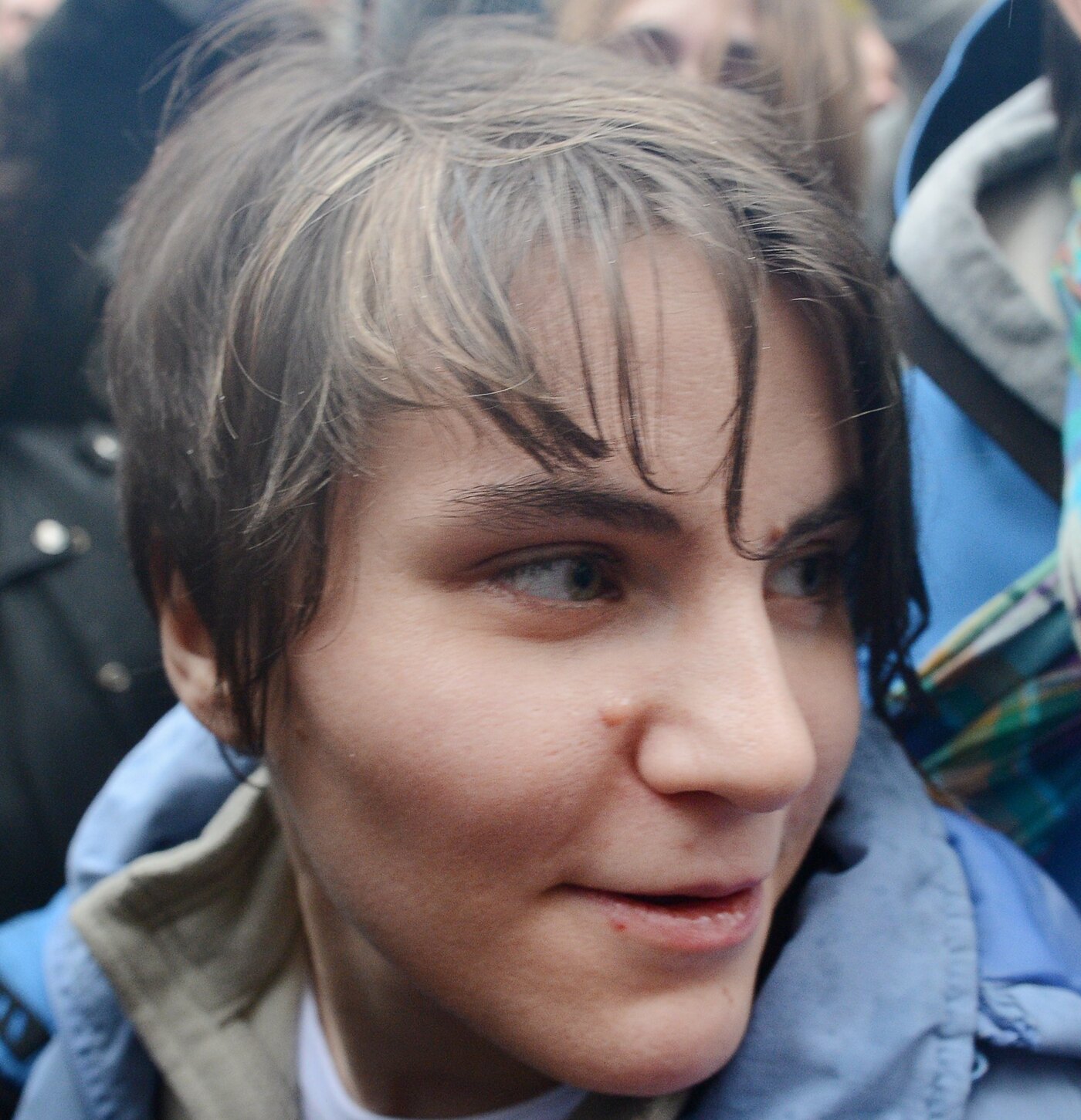 Yekaterina Samutsevich of Pussy Riot after her release from prison today in Moscow.

According to The Associated Press, "the Moscow City Court ruled that Yekaterina Samutsevich's sentence should be suspended because she was thrown out of the cathedral by guards before she could remove her guitar from its case and take part in the performance."

As we've written before, the case against the three young women "has drawn attention around the world because of what the women's arrest for staging a protest at a Moscow cathedral — there's video here — against Russian leader Vladimir Putin says about free speech in their country." They were convicted and sentenced in August. Our colleague Frannie Kelley told the story of their protest, trial and conviction over at The Record.

The Guardian reports that "Samutsevich, the oldest of the three women at 30, walked free into the arms of her father, after serving six months in a pre-trial detention center. ... The other two women, Maria Alyokhina, 24, and Nadezhda Tolokonnikova, 22, hugged Samutsevich goodbye. They will now be sent to prison colonies to serve the remainder of their two-year terms. The women issued final statements in the court, acknowledging that their public roles as harsh anti-Putin critics would be reduced once in jail."

The BBC adds that "earlier, Alyokhina told the hearing: 'We're all innocent ... the verdict should be overturned. The Russian justice system looks discredited.' "