Accessibility links
It's Vice Night: Biden, Ryan Set For Faceoff In Only Vice Presidential Debate : The Two-Way How aggressive will Biden be? How will Ryan handle the biggest stage he's been on?

It's Vice Night: Biden, Ryan Set For Faceoff In Only Vice Presidential Debate

It's Vice Night: Biden, Ryan Set For Faceoff In Only Vice Presidential Debate 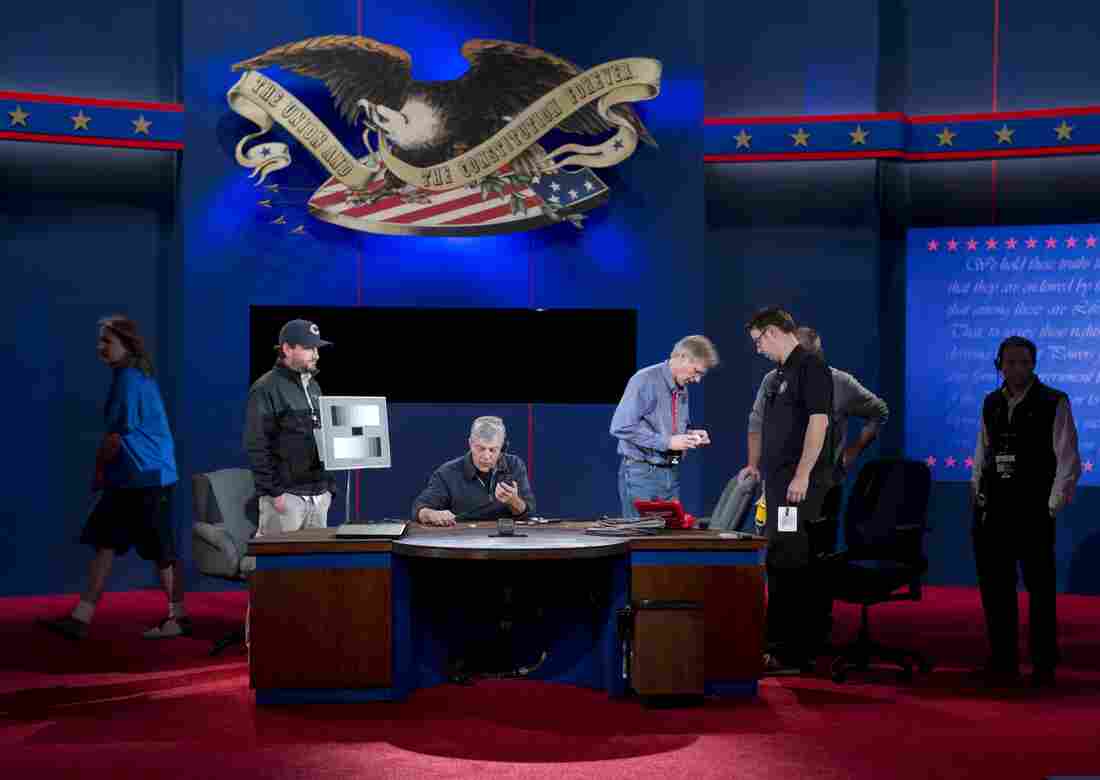 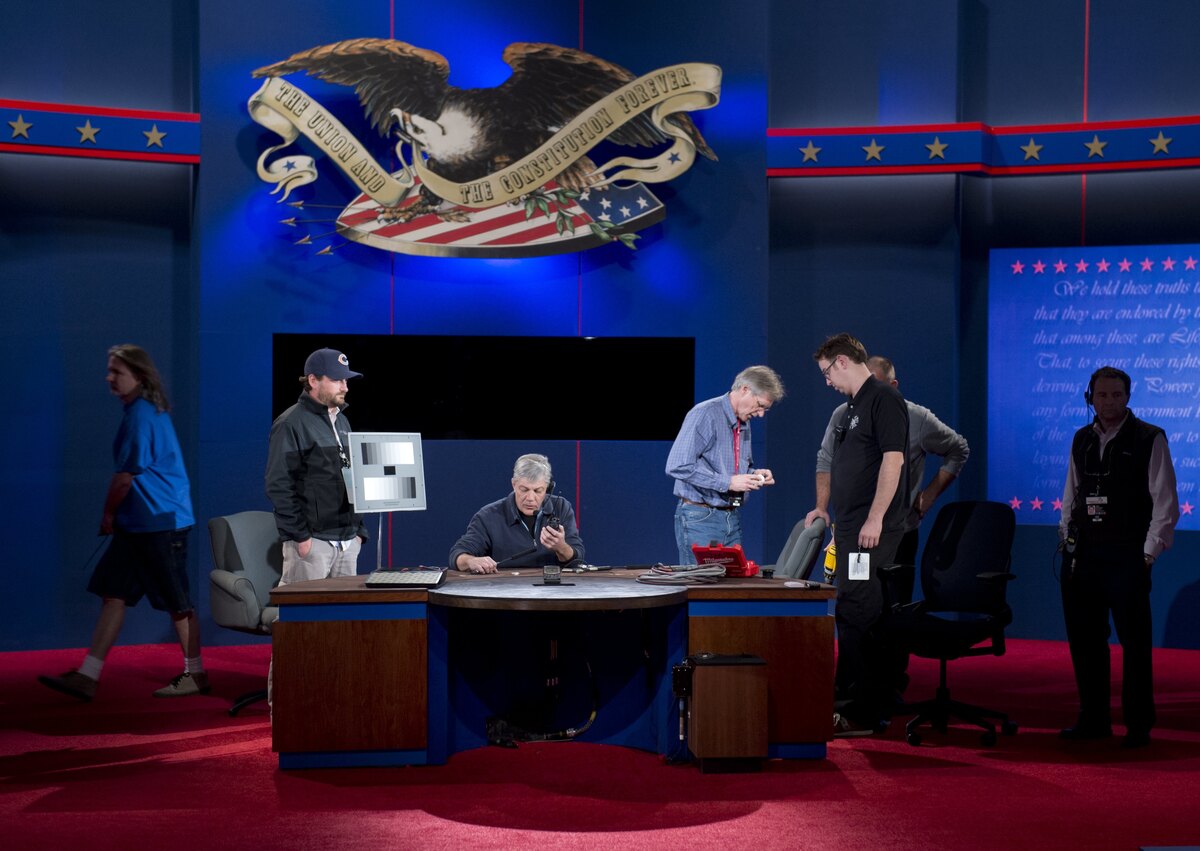 Crews put finishing touches on the stage for the vice presidential debate at the Norton Center at Centre College in Danville, Kentucky.

Tonight, Vice President Joe Biden and Rep. Paul Ryan are set for a one-on-one, 90-minute debate in Danville, Ky. It's the one and only VP candidate debate of the campaign and after what has been conclusively deemed a bad performance by President Obama during the first presidential debate, all eyes are on Biden.

As The New York Times puts it in its preview, Obama's debate performance has raised the stakes for the VP debate. The Times agrees with Politico that one of the first things to watch for is just how agressive Biden comes off.

"Expect Mr. Biden, who is able to deliver cutting sarcasm without seeming angry, to continue to make up for Mr. Obama's passivity at the first debate by accusing Mr. Romney of dissembling about long-held policies," the Times reports.

Politico puts it in less precious terms. It reports:

"Earlier this week, the congenitally quotable South Carolina Democratic Party Chairman Dick Harpootlian predicted that Biden would take 'the old meat-ax' to Ryan — a beating so one-sided that 'the humane society' would have to be called in.

"It's a hope shared by many Democrats — including President Barack Obama himself, who is publicly contrite over his passivity at last week's Denver debate — flabbergasted by the prospect of the president standing by while Romney got away, in their minds, with 90 minutes of lies, mischaracterizations and manufactured positions contrary to his own history."

The Post's Chris Cilizza says that in his mind, "it's Ryan who has more to prove."

"Ryan has never — repeat, never — been on a debate stage this (symbolically) big before. And, Ryan's great strength is his reputation as a numbers and policy geek — both great things in a public servant but less great things in a political debater. If Ryan goes too far down a wonky rabbit hole — we wonder what one of those might look like — he could find himself fighting from behind against the much more experienced Biden."

Mark will be helping out our friends at It's All Politics tonight with a live blog. The debate starts at 9 p.m. ET. and it will be aired by all the major networks, including NPR.

We'll leave you with some of the headlines from the around the Web:

-- "Biden expected to be aggressor in VP debate" (USA Today)