Accessibility links
'Softball-Sized Eyeball' Washes Up In Florida; Can You I.D. It? : The Two-Way It's big, it's blue and no one's sure yet what or where it came from. A squid? A whale? Big Foot? See if you can help solve the mystery.

'Softball-Sized Eyeball' Washes Up In Florida; Can You I.D. It?

'Softball-Sized Eyeball' Washes Up In Florida; Can You I.D. It? 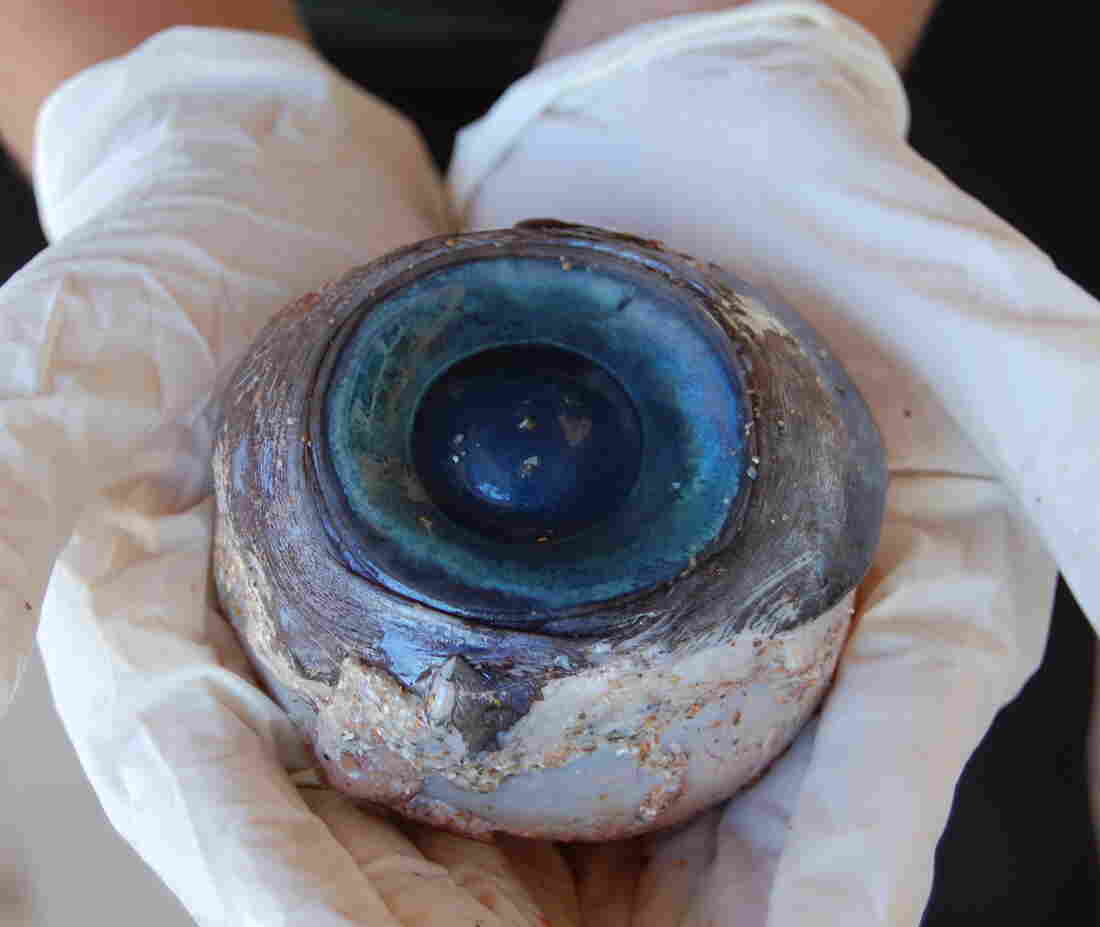 Tell us you can resist clicking on this headline from Florida's Sun Sentinel:

It's big, it's blue and the newspaper says "among the possibilities being discussed are a giant squid, some other large fish or a whale or other large marine mammal."

The Florida Fish and Wildlife Conservation Commission has sent the eye off for study.

On the commission's Facebook page, folks are speculating about whales, squid, swordfish, mastodons and Big Foot. What's your best guess (informed or otherwise)?

As Eyder reports, "experts from the Florida Fish and Wildlife Conservation Commission believe that the softball-sized eyeball that washed up in Pompano Beach, Fla. belongs to a swordfish."

And my apologies to "Jack Bertram" for mistakenly giving someone else the credit on his comment. We've corrected the post below.

According to Live Science, some giant squid that have been "caught or observed ... [had] huge, basketball-size peepers."

"To us, it looks an awful lot like the giant squid eyeball we recently saw on a behind-the-scenes tour of the Smithsonian," National Geographic's Ocean Views blog wrote this morning.

From the comments thread:

-- "My guess would be giant squid. That was what first came to mind. The Raven."

-- "Jesse Acosta The eye of the Kraken!"

From the NPR Tumblr page: