Accessibility links
Jumping From The 'Top Of The World,' Skydiver Breaks Sound Barrier : The Two-Way Felix Baumgartner lept 24 miles from the stratosphere and landed gracefully just more than nine minutes later in a desert in Roswell, N.M., Sunday. 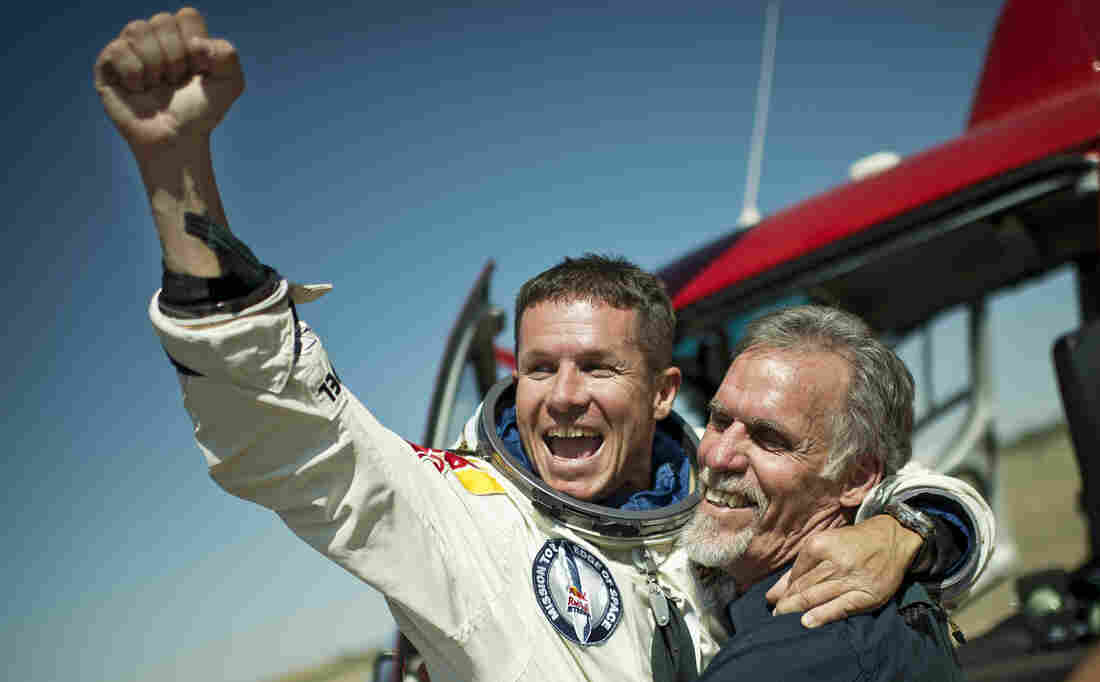 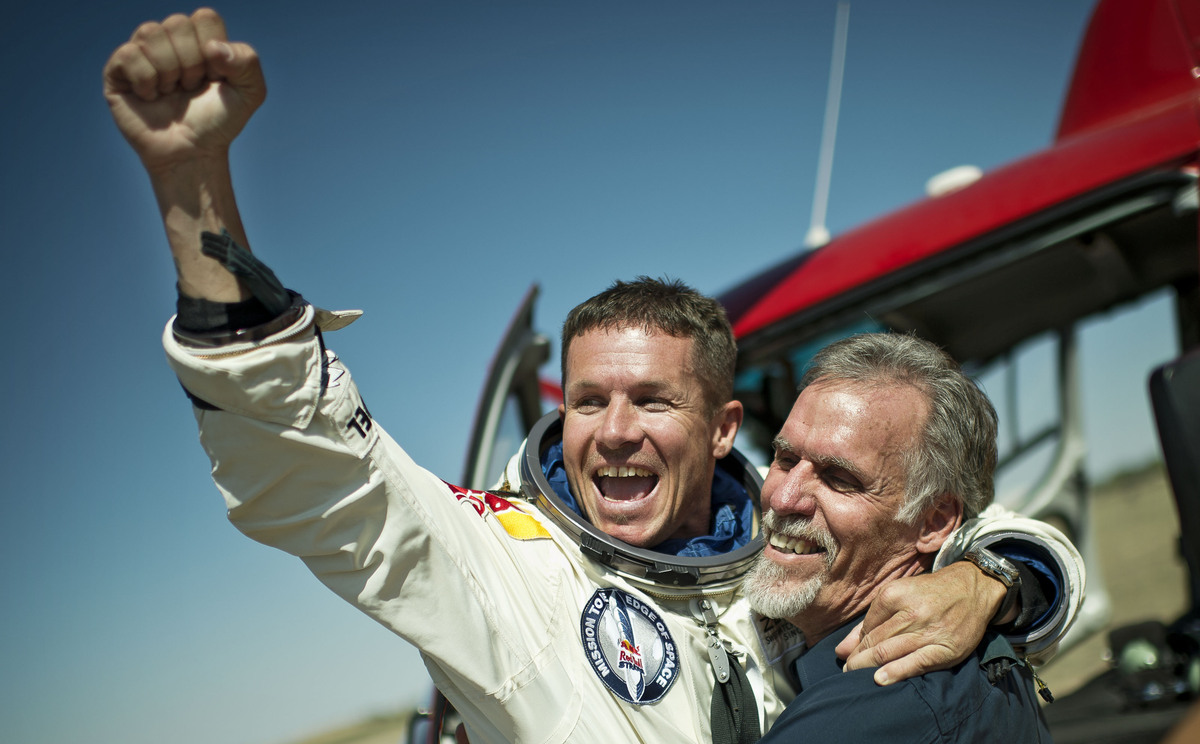 "I know the whole world is watching now, and I wish the world could see what I see."

Those were the words of Austrian skydiver Felix Baumgartner as he plummeted toward Earth faster than the speed of sound. He jumped 24 miles from the stratosphere and landed gracefully just more than nine minutes later in a desert in Roswell, N.M., Sunday.

His plunge was record-breaking on three fronts: the highest jump, the longest distance of a free fall and the fastest vertical velocity. Baumgartner's free fall was seconds shorter than the record set by Joe Kittinger in 1960.

Brian Utley of the International Air Sports Federation gave the preliminary numbers during a press conference Sunday. The data still needs certification before it is an official world record:

Cheers erupted once it became clear that "Fearless Felix" had actually broken the sound barrier. He is the first person to ever reach that speed wearing only a high-tech suit, The Associated Press reports.

"This is mind-blowing numbers, but I couldn't have done it without my team because you're only as good as your team is," Baumgartner said. "I want to say thank you to everybody who was joining my dream."

His dream was years in the making, the Red Bull Stratos team says on its website. Baumgartner began skydiving at 16, Red Bull Stratos says, and was later part of the Austrian military's demonstration and competition team. He's been collaborating with Red Bull since 1988.

"His training started years ago practicing high altitude jumps with Luke Aikins, his skydiving consultant, to ensure a solid body position in a relatively stiff pressurized suit. In addition to skydiving Felix has a whole team who supports him from every angle you can imagine, just to get him to the point where his performance in the pressure suit feels like second nature."

Suspense had been building over the past week, after the team called off the attempt multiple times. But when he finally was about to leap Sunday, Baumgartner says he wasn't even thinking about records:

"When I was standing there on top of the world, you become so humble, you do not think about breaking records anymore. You do not think about gaining scientific data. The only thing that you want is you want to come back alive because you do not want to die in front of your parents, your girlfriend, and all these people watching this. This became the most important thing to me when I was standing out there."

As he said during the fall and repeated during the press conference, "sometimes you have to go up really high to understand how small you are."