Accessibility links
Citizen Scientists Discover A Strange Planet In Four-Star System : The Two-Way PH1 orbits two stars and has a second pair of stars revolving around it. Scientists are confused because such a hostile environment should tear apart the world. 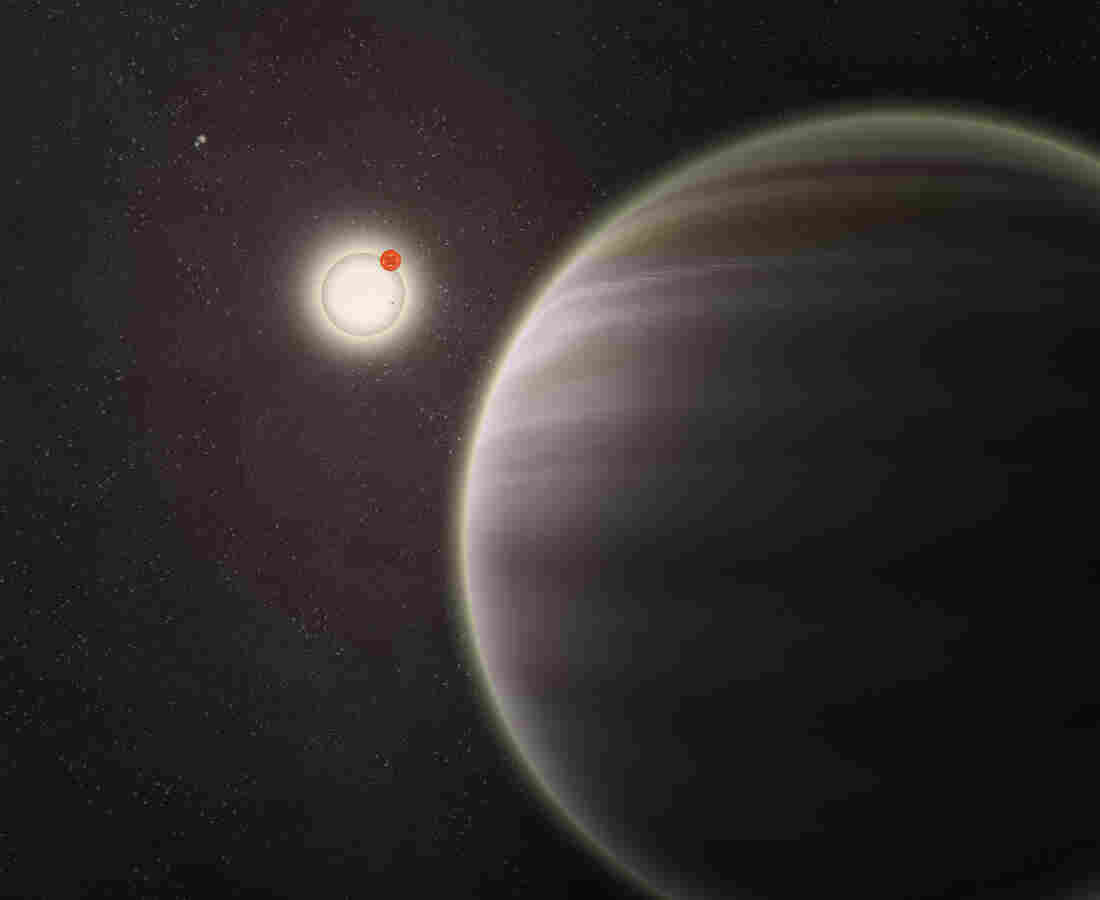 An artist's illustration of PH1, a planet discovered by volunteers from the Planet Hunters citizen science project. PH1, shown in the foreground, is a circumbinary planet and orbits two suns. Haven Giguere/Yale hide caption 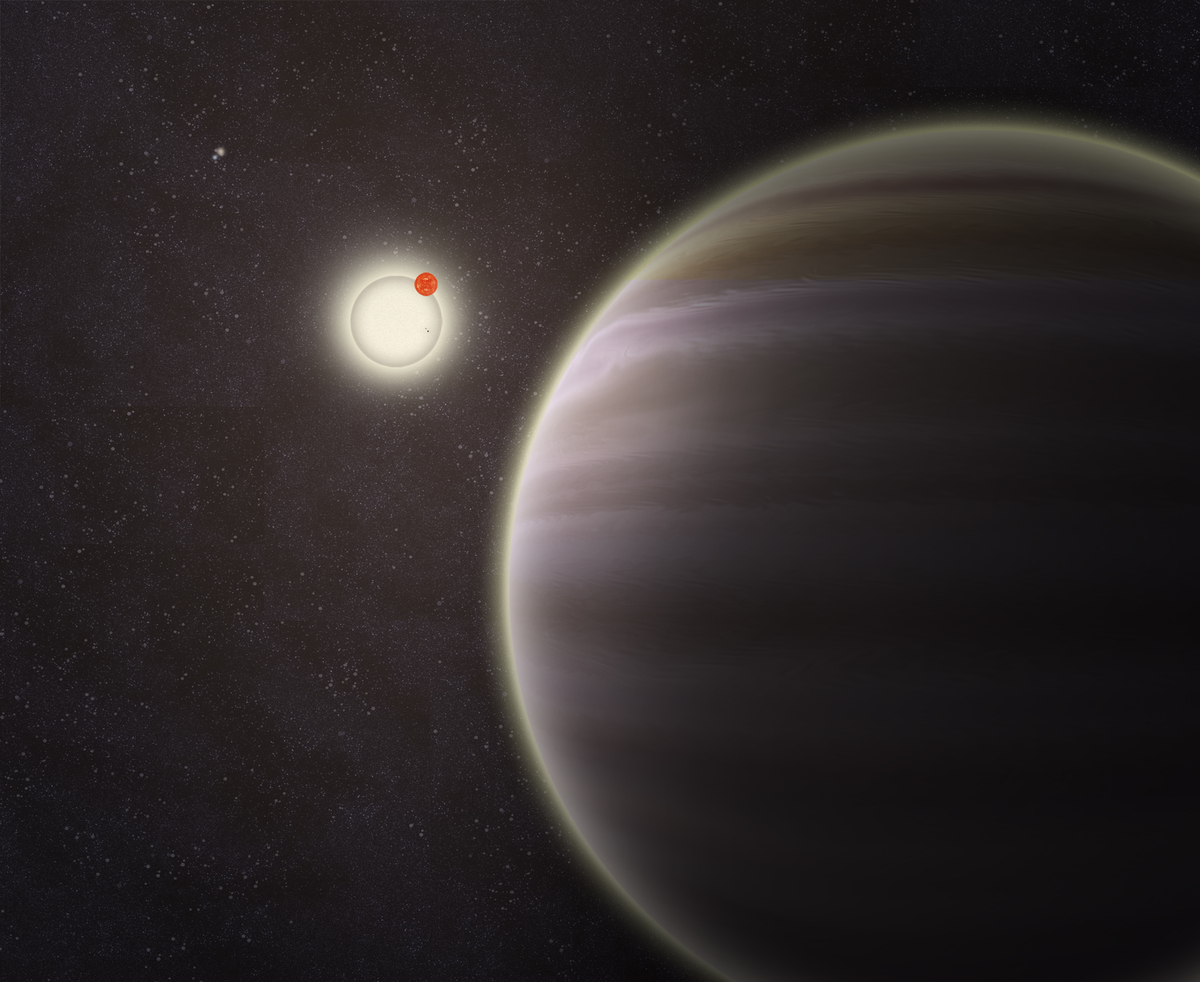 An artist's illustration of PH1, a planet discovered by volunteers from the Planet Hunters citizen science project. PH1, shown in the foreground, is a circumbinary planet and orbits two suns.

The universe continues to surprise us. Two citizen scientists have discovered a very rare world: A planet that orbits two stars and has a second pair of stars revolving around it.

Wired explains just how odd this is:

"The planet, called PH1 after the PlanetHunters website, is believed to be a gas giant a little larger than Neptune and six times the size of Earth, located around 5,000 light-years away. It was found by two US volunteers on the site — Kian Jek of San Francisco and Robert Gagliano from Arizona — who spotted faint dips in light caused by the planet passing in front of its parent stars."

The discovery was made by Kian Jek of San Francisco and Robert Gagliano of Cottonwood, Ariz. It was later confirmed by professional scientists at Yale and Oxford.

According to Planet Hunters, "anyone viewing the sky from PH1 would have a spectacular view of all four stars."

But the important thing about this discovery is that scientists are unsure just how a world like this could exist. In such a hostile environment, the planet should be ripped apart.

"It's fascinating to try and imagine what it would be like to visit a planet with four suns in its sky, but this new world is confusing astronomers. It's not at all clear how it formed in such a busy environment," Dr. Chris Lintott, of Oxford University, said in a press release.

Yale's Meg Schwamb, the lead author who will present their findings at the Division for Planetary Sciences annual meeting in Reno, Nevada, said that circumbinary planets represent the extreme in planet formation.

"The discovery of these systems is forcing us to go back to the drawing board to understand how such planets can assemble and evolve in these dynamically challenging environments," Schwamb said in a statement.

PH1 is the first confirmed discovery by Planet Hunters, a "citizen science project" that has volunteers sift through data taken by NASA's Kepler mission.

Kepler, by the way, was the same mission that discovered Kepler-16b, a world a lot like Tatooine from Star Wars.