Accessibility links
Green Party Presidential Candidates Are Arrested Outside Debate Venue : The Two-Way Jill Stein and her running mate, Cheri Honkala, tried to crash the debate. They said there was no reason why the "illegitimate" Commission on Presidential Debates should exclude them.

Jill Stein and her running mate, Cheri Honkala, showed up holding an American flag at Hofstra University on Long Island. For more than 15 minutes, they tussled with police officers and a university representative.

"We are here to stand up for the millions of American people who have been left out of the system," Stein is seen saying on a video posted by the Green Party. 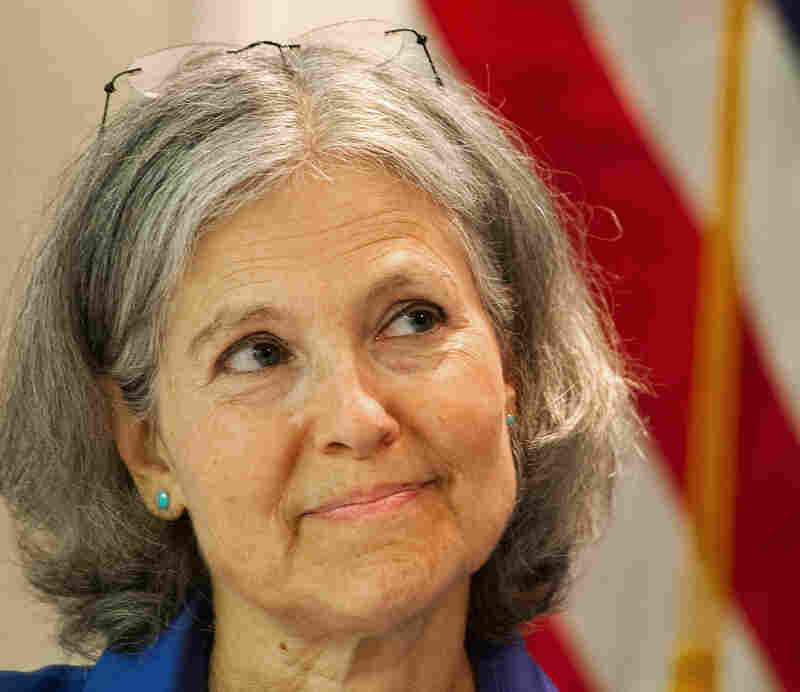 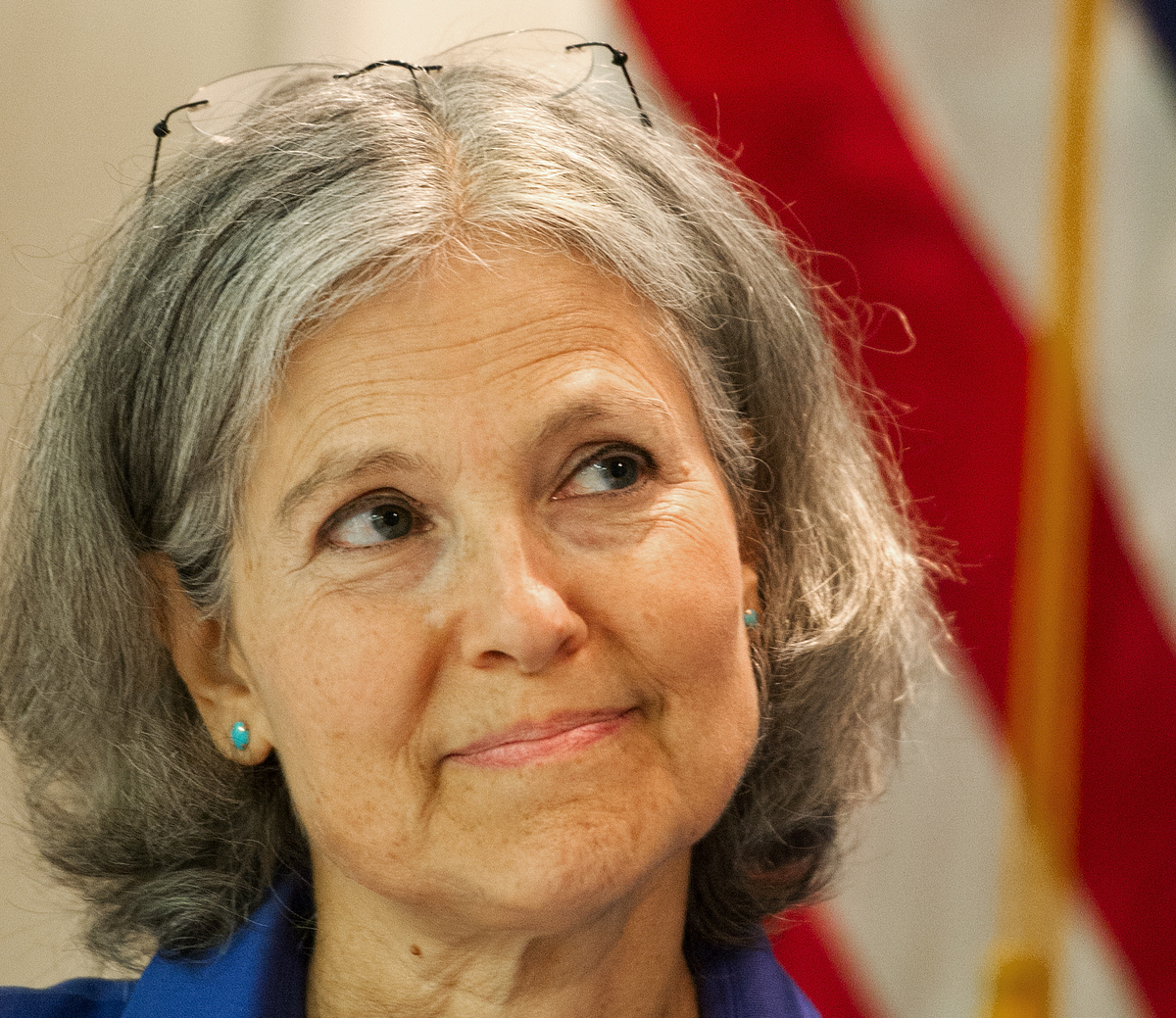 Stein asked the university official why the Commission on Presidential Debates had refused to let them participate in the debate. She pointed out that both of them were on enough ballots across the country that they could theoretically win enough electoral college votes to win the presidency.

In this case, the candidates didn't meet one of the thresholds set for by the Commission for participation. The Commission says that presidential candidates require "a level of support of at least 15% of the national electorate as determined by five selected national public opinion polling organizations."

"Where are the young people in this debate?" she asked calmly. She then went on to explain one of the issues central to the party's platform: She said instead of bailing out the banks, the U.S. should be providing free higher education for everyone.

The university official simply told them that they had to be credentialed to be allowed into the venue.

Eventually, Stein and her running mate sat on the asphalt with an American flag on their laps. Police officers told them they had to move or be arrested. Stein and Honkala refused to move and they were peacefully escorted out by police.

In a press release, the Green Party said both candidates will be charged with "obstructing traffic."