Accessibility links
Billy Graham's Website Stops Saying Directly That Mormons Are In A 'Cult' : The Two-Way But a search for the word "Mormon" on the evangelical legend's website still points users to discussions of cults. Graham recently endorsed Mitt Romney's bid for the White House. Romney is a Mormon. 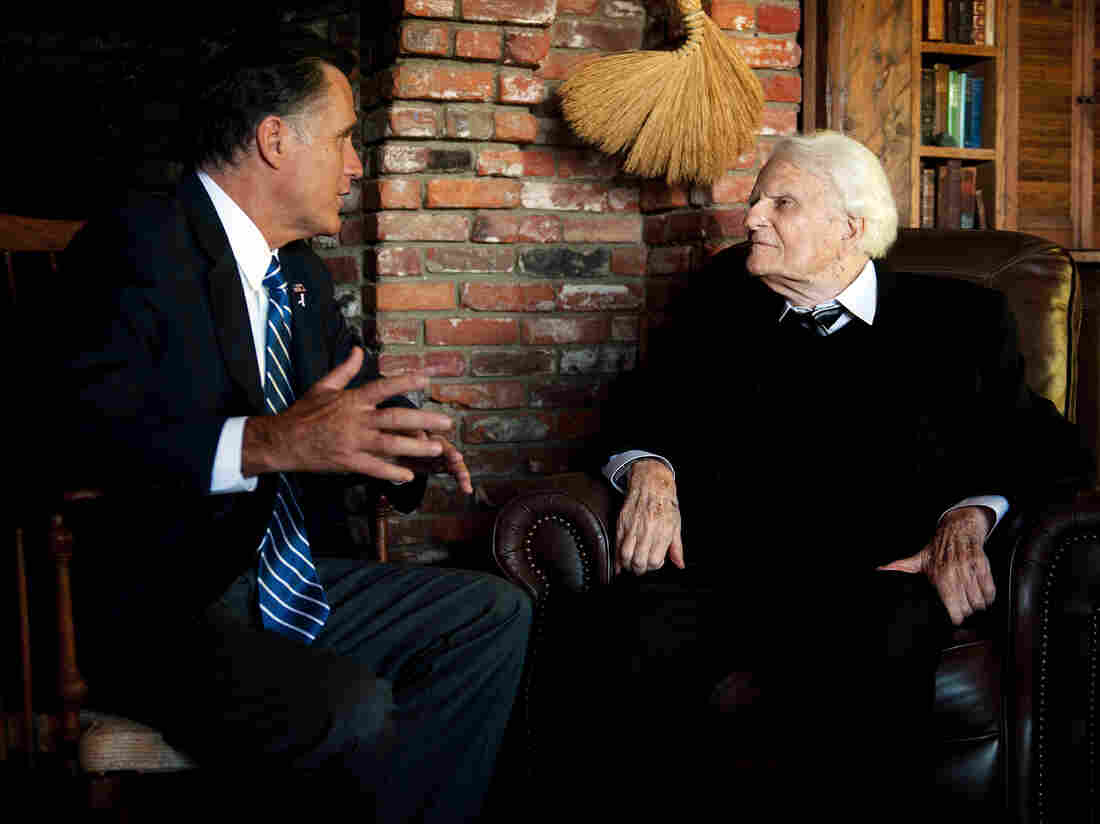 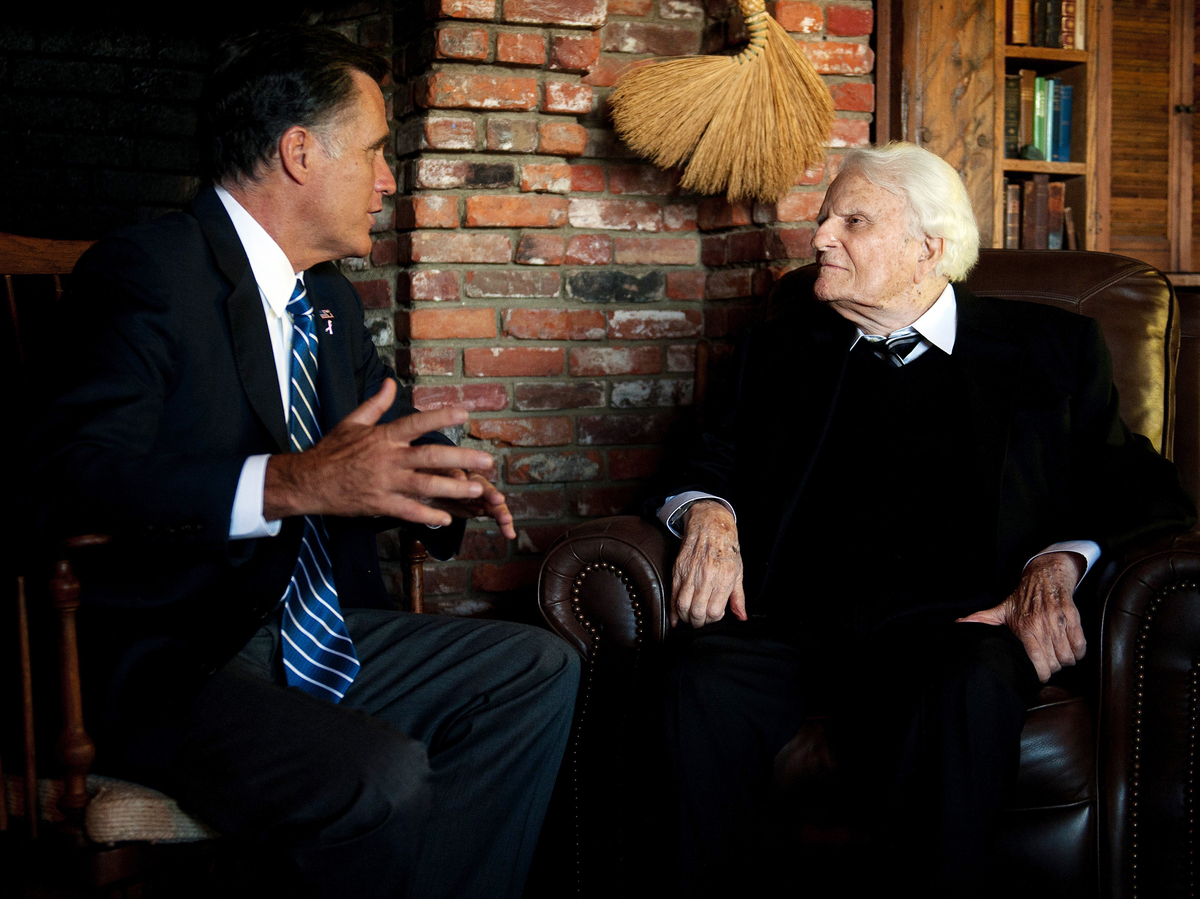 Just days after Rev. Billy Graham endorsed Republican presidential nominee Mitt Romney's bid for the White House, the website of the Billy Graham Evangelistic Association has stopped overtly listing the candidate's religion among what it says are "cults."

As The Citizen Times in Asheville, N.C., reports, an article on the website had listed as cults "Jehovah's Witnesses, Mormons, the Unification Church, Unitarians, Spiritists, Scientologists, and others."

Romney is a Mormon. Now, Ken Barun, chief of staff for the Billy Graham Evangelistic Association tells the newspaper, "we [have] removed the information from the website because we do not wish to participate in a theological debate about something that has become politicized during this campaign."

Still, a search of the word "Mormons" on the website turns up six results related to cults, including a discussion about how to "recognize a religious cult." It includes this line: "Cults often do not accept the Bible alone as God's Word, and may even say that other books (usually written by the group's founder) are also God's Word and of more value."

And the Citizen Times notes that "pressed during an interview on MSNBC," Graham's son Franklin "would not say Romney is a Christian. 'He is a Mormon,' Franklin Graham said in February. 'Most Christians would not recognize Mormonism ... but he would be a good president if he won the nomination.' "