Accessibility links
Tough Times, Even Higher Debts For College Graduates : The Two-Way Two-thirds of graduates left college last year with student loans hanging over their heads. The average amount they owed was $26,600, up 5 percent from the previous year. Nearly 9 percent of the graduates were unemployed and 19.1 percent were working part time or had given up looking for a job. 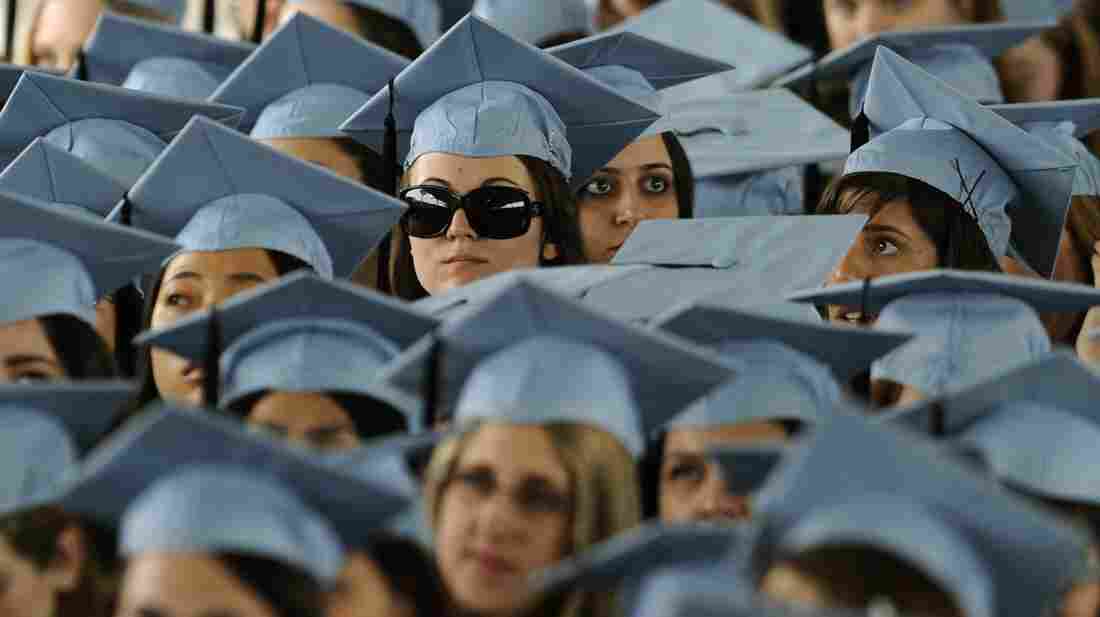 How bright is their future? Students at Barnard College's graduation ceremony last May. Timothy A. Clary /AFP/Getty Images hide caption 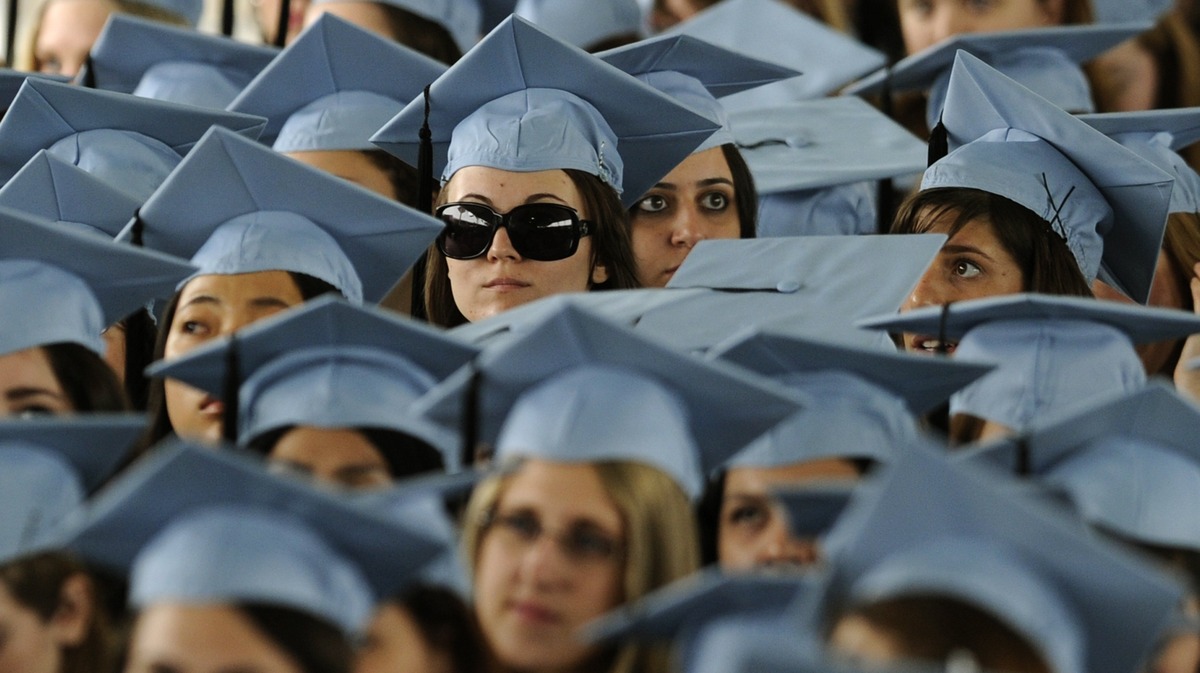 How bright is their future? Students at Barnard College's graduation ceremony last May.

Two-thirds of American college graduates left school last year with student loan debt hanging over their heads and the average amount they owed was $26,600, up 5 percent from the previous year. They also walked into a "tough job market" that was only marginally more friendly than in 2010, according to a report released today by the Institute for College Access and Success (TICAS).

The California-based institute says "the unemployment rate for young college graduates in 2011 remained high at 8.8 percent, a slight decrease from 2010, which saw the highest annual rate on record for this group (9.1 percent)."

But, it adds, "many more young graduates were considered underemployed. Among those who wanted to be working full time, as many as 19.1 percent were either working part time or had given up looking for work. Further, 37.8 percent of working young graduates had jobs that did not require a college degree, depressing their wages."

Despite those sobering statistics, "in these tough times, a college degree is still your best bet for getting a job and decent pay," institute President Lauren Asher says, according to The Associated Press. "But, as debt levels rise, fear of loans can prevent students from getting the education they need to succeed."