Accessibility links
'A Fire I Can't Put Out': Texas State Fair's 'Big Tex' Destroyed By Blaze : The Two-Way The 52-foot cowboy has been an icon of the State Fair of Texas since 1952. Today, he met his match — a blaze that left nothing but his hands and skeleton. 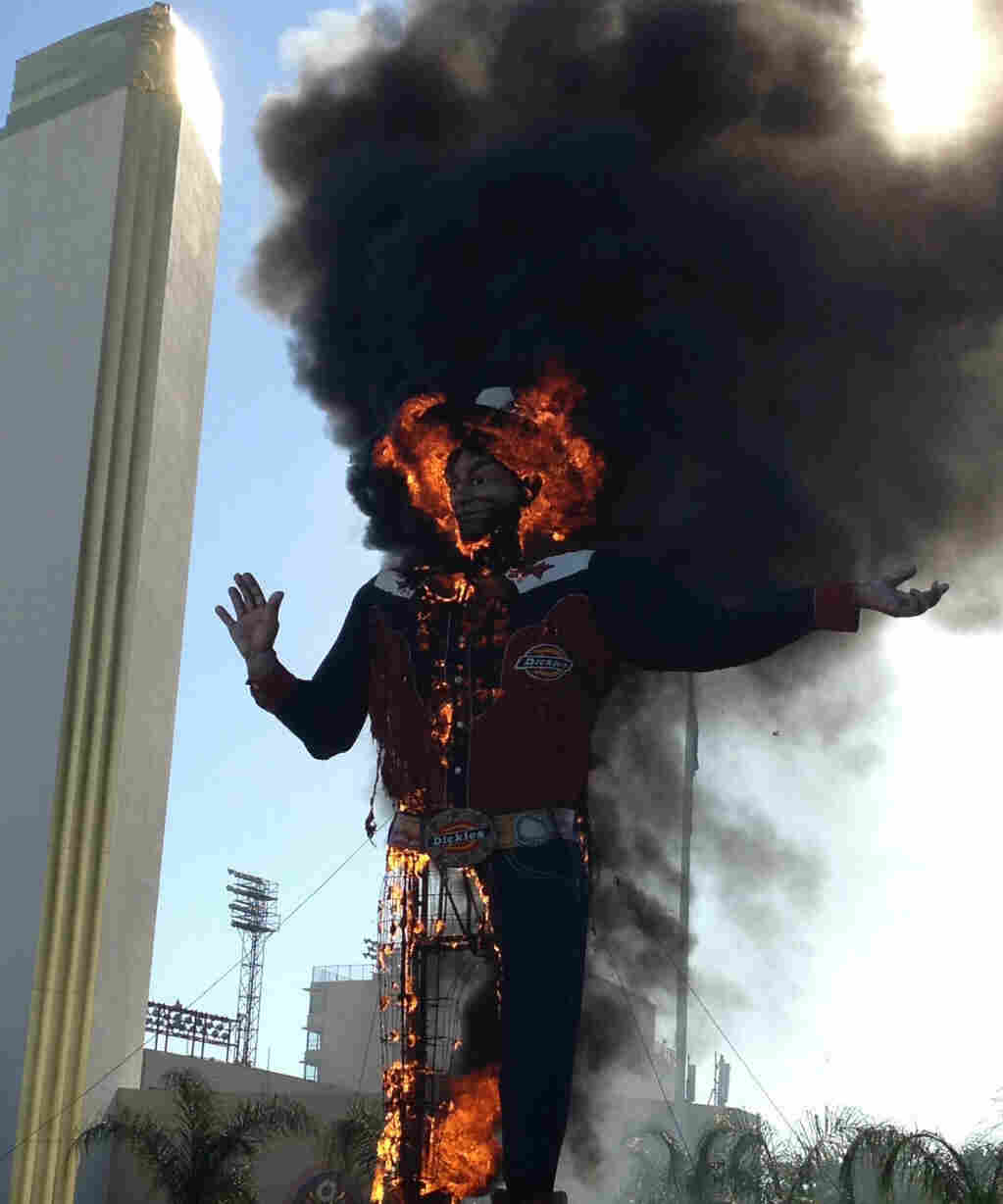 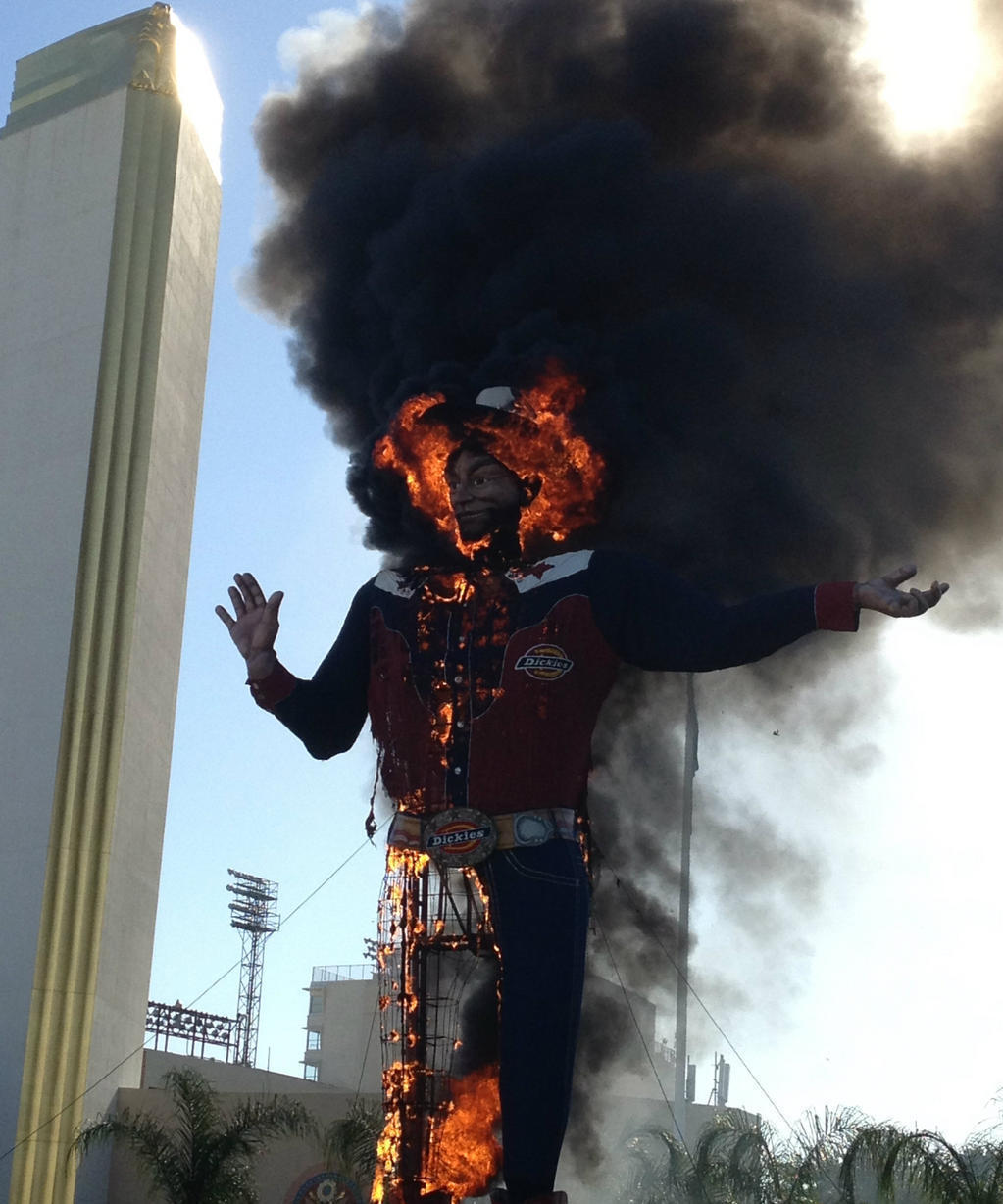 Big Tex goes up in flames.

If you've ever been to the Dallas area during the State Fair of Texas, you no doubt have encountered Big Tex.

He's impossible to miss. He wears size 70 boots and a 75-gallon hat. His height comes in at a stunning 52 feet. He's an icon, his western shirt dusted off every year since 1952.

Today, there is stunning news out of Texas: Big Tex is gone. He's dead. He's been destroyed by a massive blaze.

Fair spokeswoman Sue Gooding said the fire began inside Big Tex and that there is electrical wiring inside him.

"It's a very sad day for all fair-goers," Gooding told the station according to The Dallas Morning News. "It's a sad way to end the fair."

She said they had lost Big Tex's "clothes, his hat and head." 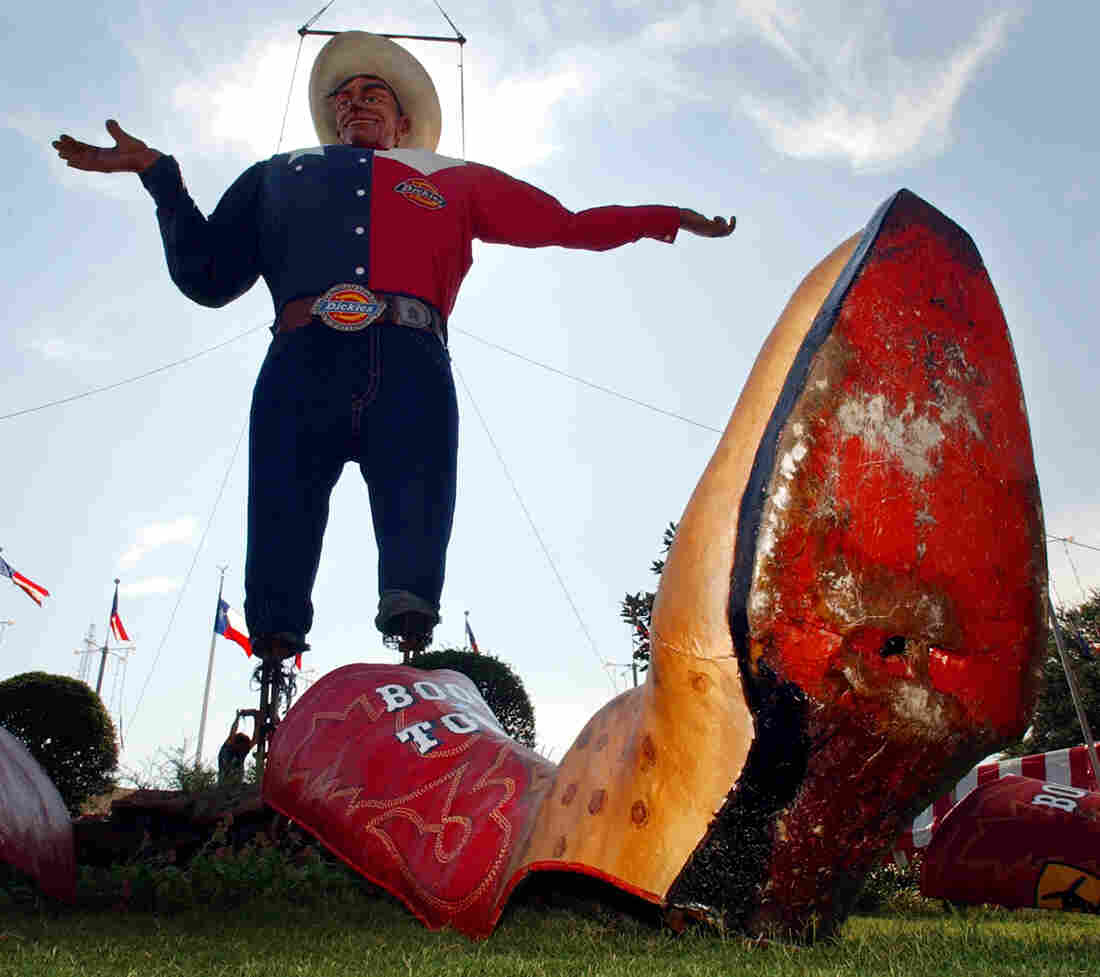 Our friends at NPR member station KERA says all that's left of the big man are "his hands and skeletal frame."

All of this reminds us of George Strait's ode to a timeless love, A Fire I Can't Put Out.

The Dallas Morning News reports that authorities have determined that it was a short-circuit in his boot hat caused the fire.

Big Tex, who was celebrating his 60th birthday, was hauled away in a giant body bag.

We'll leave you with the 911 recording:

Our friend Rick Holter, of KERA, tells a few surprising things about Big Tex. Among them? Big Tex started off as Santa Claus.